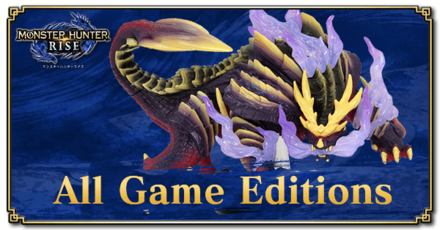 Learn about all the game editions and its bonuses that Monster Hunter Rise (MH Rise) has for both the PC version and the Nintendo Switch version, with details on the Standard Edition, Deluxe Edition, and Collector's Edition. Details include what they contain, how much each edition is, and where you can purchase them! 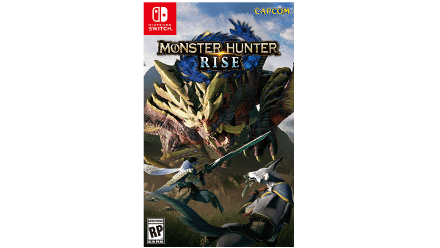 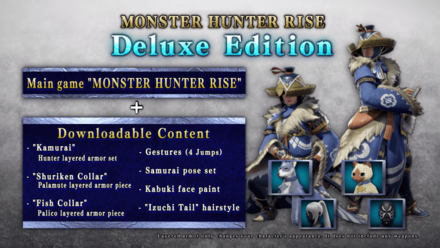 For those who have already bought the Standard Edition but still wish to get these goodies, the Deluxe Kit DLC is also offered in the Nintendo eShop and on Steam. 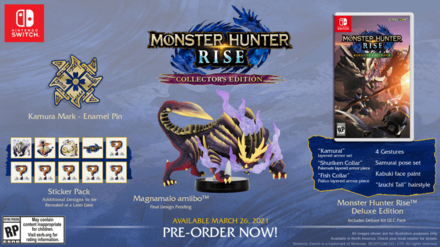 Are These Limited Editions?

Are the Deluxe Edition and Collector's Edition Limited? 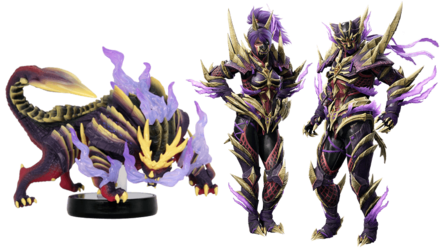 The physical edition of the Deluxe Edition are sold out and no restocking seem to be happening due to the Deluxe Kit DLC being in the Nintendo eShop and on Steam. However, digital versions are still available.

Meanwhile, the Collector's Edition is also sold out, and was only available in the North American region. It was limited in supply because it included physical items, namely the Magnamalo amiibo and the Kamura Mark enamel pin.

Other than that, the preorder bonuses were also limited to those who ordered the game before its launch on March 26, 2021.

Monster Hunter Rise is Rated ESRB Teen in US 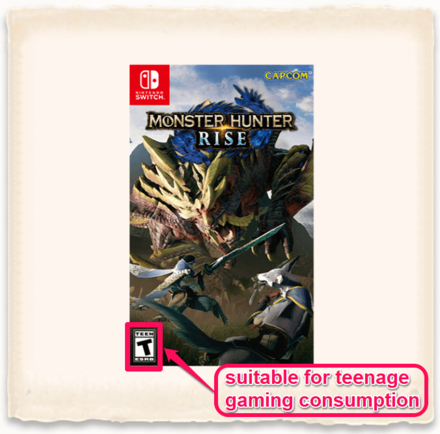 This means that its content may depict violence, suggestive themes, crude humor, minimal blood, simulated gambling and infrequent use of strong language.

Teens age thirteen (13) and up may enjoy this game.

Meanwhile, in the United Kingdom Monster Hunter Rise is given an age rating of PEGI 12.

This is because of its depiction of violence, with minimal blood and no gore, towards fantastical and non-human characters.

Generally, Monster Hunter Rise in the UK is for suitable children age twelve (12) and up.

In order for us to make the best articles possible, share your corrections, opinions, and thoughts about 「All Game Editions: Standard, Deluxe, and Collector's | Monster Hunter Rise | MHR (MH Rise)」 with us!