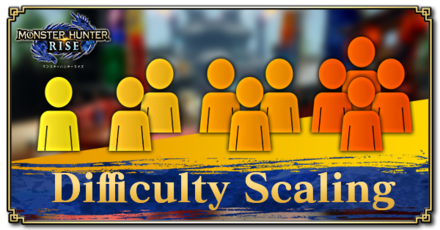 Monster Hunter Rise introduced a new multiplayer difficulty scaling system that adjusts the target monster's difficulty based on the current number of players in a team. Read on to learn more about multiplayer scaling in High Rank, Master Rank, and Anomaly Rank!

How Does Monster Difficulty Work?

The difficulty scales automatically and adapts whenever a player leaves or joins, which makes it ideal for players with a bad internet connection.

The more hunters there are in a hunt, the more HP and resistance a monster has. Not only do they need to take more damage, but they also need more hits to be inflicted with status ailments like stun or sleep.

Support Items and Skills for Multiplayer

Given that monsters scale in difficulty with two or more hunters, it is recommended that you take note in bringing the above items and skills when playing with others on hunt! 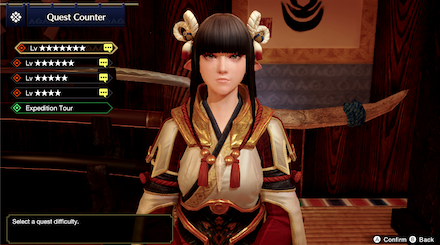 Hub Quests are more difficult than Village Quests, even if you play them solo since they are set in High Rank and Master Rank. 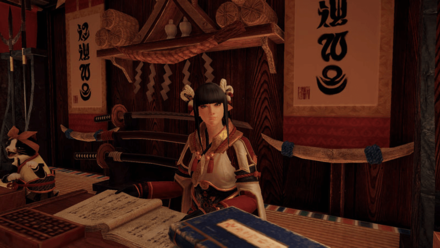 High Rank Quests are available once you hit Hub Quest ★5 in the Gathering Hub. The higher level Hub Quests you take, the stronger Monsters become. 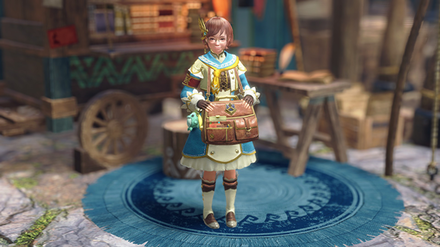 Master Rank Quests will only be unlocked when you purchase the Sunbreak expansion, and they are usually in a hub-style system like in High Rank.

You also need to climb a separate rank system called MR or Master Rank which dictates which Master Rank quests are eligible for you to take. 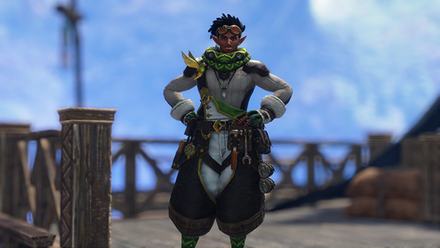 Anomaly Quests and Investigations are unlocked as you progress through the Sunbreak expansion. They usually serve as endgame content to grind after completing the main story in Elgado Outpost.

These quests involve monsters buffed by Qurio. They are are significanlty stronger and cannot be captured.

Unlocking new Anomaly Quests and Investigations depend on your AR or Anomaly Rank, which is still separate from both HR and MR. Level this up by participating and completing in anomaly quests!

In order for us to make the best articles possible, share your corrections, opinions, and thoughts about 「Sunbreak Multiplayer Scaling Guide | Monster Hunter Rise」 with us!