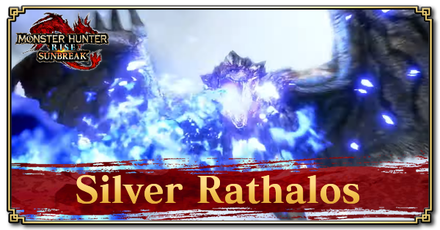 This is a hunting guide for Silver Rathalos, a Large Monster in Monster Hunter Rise (MH Rise) and the Sunbreak DLC. Read on to learn how to exploit Silver Rathalos's weakness for water, forgeable weapons and armor, drops, and attack patterns for Master Rank!

How to Unlock Silver Rathalos 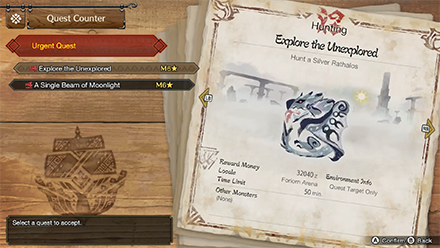 Silver Rathalos returns in the first free title update together with Gold Rathian. To access their quests, hunters will need to reach MR 10 and complete the Seething Bazelgeuse urgent quest, Raining Fire. 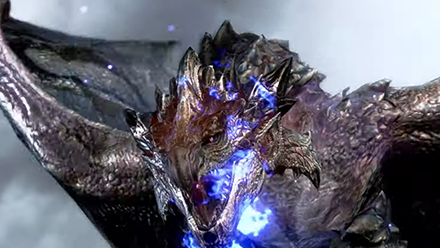 With deadlier aerial claw attacks than the standard Rathalos, Silver Rathalos also have a myriad of breath-based attacks. When in their Incandescent state, their breath attacks grow more potent, but their head also becomes weaker. Constant attacks to the head will knock them out of this enraged state, so focus your attacks there are you fight!

How to Beat Silver Rathalos

Prepare for Its Incandescent State 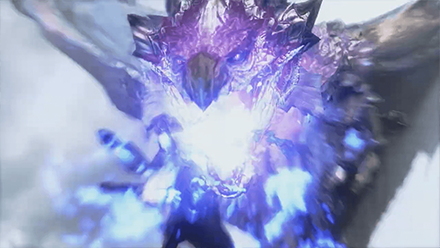 Silver Rathalos has an Incandescent state, where its neck starts glowing a bright blue color. In this state, its flames become a hotter and bright blue, and it will start attacking more ferociously. Packing increased Fire Resistance can help if you have trouble avoiding its fiery breath attacks.

Attack the Head During the Incandescent State

The head should normally be avoided when attacking Silver Rathalos because of its low hit zone value, taking less damage and potentially causing weapons to bounce. However, the head becomes more vulnerable during the Incandescent state. Not only does dealing enough damage to the head and neck knock it out of this state, but breaking the head will turn it into a weak point even outside the Incandescent state.

Silver Rathalos uses its claws more aggressively compared to regular Rathalos. You'll need to watch out for them if you're in its sights since these can poison you. Bring Antidotes or Herbal Medicine to recover from this ailment.

Throw your Flash Bombs while Silver Rathalos is in the air, and it will come falling to the ground and might even drop something. This should help you reach its head and wings more easily once it's down. However, you can't spam these since it builds up tolerance against being flashed. It also doesn't stay down for long when it's enraged, so try flashing it only when you need it to stop flying. 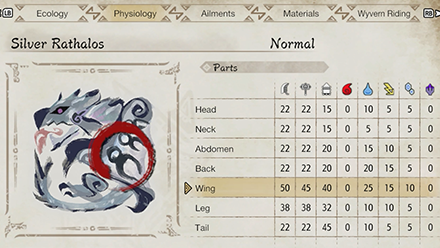 Silver Rathalos traditionally has a weakness to Water, so try bringing weapons with this element to deal extra damage! Try aiming for its wings or break its head to maximize your elemental damage output.

In order for us to make the best articles possible, share your corrections, opinions, and thoughts about 「Sunbreak Silver Rathalos: Weakness and Drops | Monster Hunter Rise」 with us!