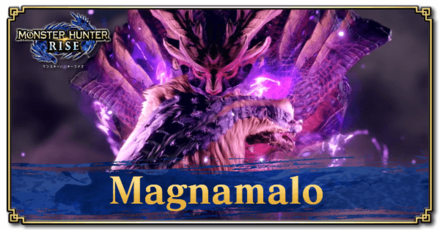 This is a hunting guide for Magnamalo, a Large Monster in Monster Hunter Rise (MH Rise) and the Sunbreak DLC. Read on to learn Magnamalo's weaknesses, forgeable weapons and armor, drops, and attack patterns for Master Rank!

How to Unlock Magnamalo 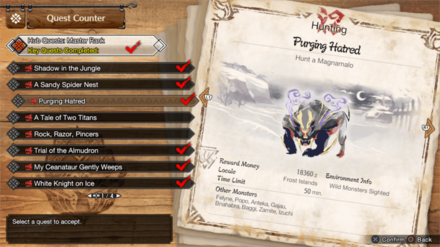 MR Magnamalo is unlocked by reaching M★3 and completing the Urgent Quest Keep it Busy in the Sunbreak expansion. 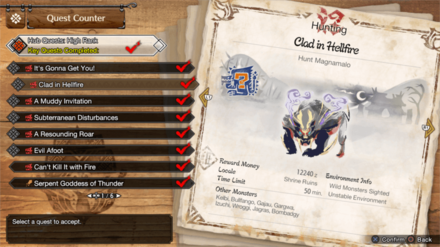 High Rank Magnamalo is unlocked by completing the Urgent Quest Can't Kill It with Fire and reaching HR 7. 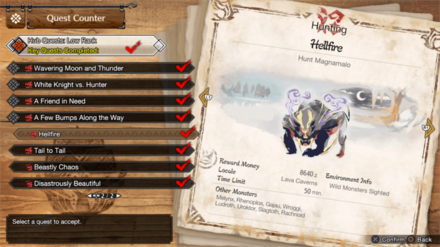 Low Rank Magnamalo is unlocked by completing the ★5 Village Special License Test 2. Doing this unlocks the Urgent Quest Hellfire, allowing you to face Magnamalo in the Lava Caverns.

The majority of Magnamalo's attacks involve its hellfire. If you become afflicted with hellfireblight, Wiredash to rid yourself of this status. You can counter its attacks by focusing on parts of its body that are emitting hellfire. If you can manage to ignite any of the vapor with your attacks, you can deal massive damage. 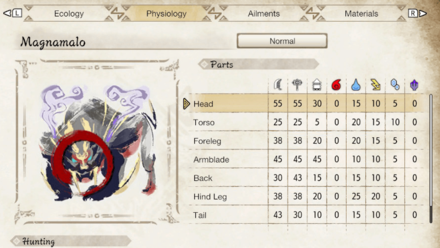 Magnamalo is most vulnerable to Water and Thunder. Bring weapons with these particular elements to take advantage of its weaknesses and make the fight less challenging.

Have an Extra Wirebug for Evasion 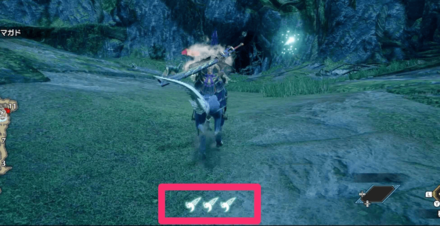 Magnamalo behaves aggressively and has an arsenal of quick and powerful attacks, making a third Wirebug incredibly useful for evading attacks and removing Hellfireblight.

You can obtain a third Wirebug by approaching the wild Wirebugs found scattered around every locale in the game. However, note that third Wirebugs are not permanent so take time to replenish them when you can!

Wirebug Location: How to Get and Use Wirebugs

Some of Magnamalo's attacks can inflict Hellfireblight, a detrimental status effect that makes you explode when an attack knocks you back or after a certain amount of time has passed. Repeatedly evade, Wiredash, or use Deodorant to cleanse yourself of Hellfireblight.

Using Wiredash to cleanse Hellfireblight is the recommended method as it leaves behind a Hellfire Orb when used. When Magnamalo attacks into a Hellfire Orb or gets caught within its timed explosion, it can cause a knockdown.

When Magnamalo's body parts become covered in Hellfire, they turn into weak points which you should focus on to maximize your damage output.

In addition, dealing enough damage to these Hellfire-covered parts will cause the Hellfire to dissipate and knock down Magnamalo, making the monster even more vulnerable.

When in Hellfire mode, Magnamalo will hit harder and become faster. Because of this, it can easily move out of sight and catch you off guard, so we suggest using Target Camera to recenter your point-of-view towards Magnamalo!

Wirefall Out of Dangerous Moves

When caught in one of Magnamalo's Snatch and Blast attacks or another one of its other dangerous combos, remember to use Wirefall to move yourself out of harm's way and prevent yourself from being sent back to camp.

Magnamalo enters various enraged forms throughout the fight, with each new form more dangerous than the last. Recognizing each of these forms and their capabilities are vital to defeating Magnamalo.

When certain body parts of Magnamalo are covered in Hellfire, it indicates certain changes in its moveset and behavior. Recognizing its capabilities when in Hellfire Mode is key to avoiding some of its most dangerous moves.

In addition to its attacks in Low and High Rank quests, Magnamalo uses the following attacks in Master Rank.

In order for us to make the best articles possible, share your corrections, opinions, and thoughts about 「Sunbreak Magnamalo: Weakness and Drops | Monster Hunter Rise」 with us!