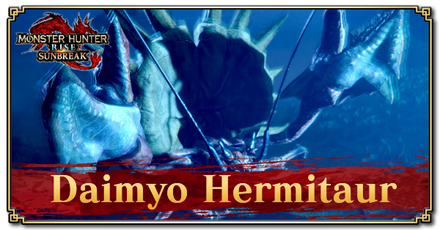 How to Unlock Daimyo Hermitaur 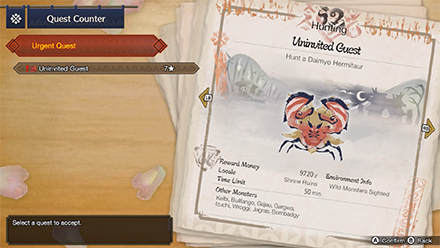 Daimyo Hermitaur is the first Master Rank monster you'll face in Sunbreak. You can access its quest after you've defeated Thunder Serpent Narwa in the Serpent Goddess of Thunder quest and unlock your HR cap. 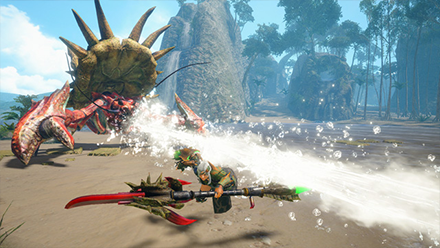 Daimyo Hermitaurs' weak point is their head. Attacking it will inflict massive damage, so focus your attention there. However, they will use their gargantuan claws to defend themselves and to protect this soft spot. Using a Sonic Boom when they adopt a defensive position is an excellent tactic to crack the shell to get the nut inside.

How to Beat Daimyo Hermitaur

Know the Difference Between Water Beams

Vulnerable During the Static Water Beam

Daimyo Hermitaur is vulnerable during its Water Beam attack, specifically the one where the beam does not move. It can be difficult to get good hits in during the attack, but after it finishes firing, it will raise its claws in a threatening manner, leaving it vulnerable.

Avoid Standing Behind It

Daimyo Hermitaur's back may look vulnerable, but if you stand behind it, it will quickly turn around and charge at you. It can be difficult to avoid after seeing it, so it's best to stay away from standing at its back altogether.

Use Sonic Bombs to Break its Guard

Daimyo Hermitaur will use its claws as a shield and hide inside its shell, but this can be broken with a Sonic Bomb. It will then be stunned, but only for a very short time, so try to get a solid attack in here.

In order for us to make the best articles possible, share your corrections, opinions, and thoughts about 「Sunbreak Daimyo Hermitaur: Weakness and Drops | Monster Hunter Rise」 with us!