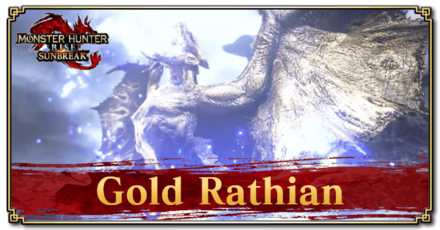 This is a hunting guide for Gold Rathian, a Large Monster in Monster Hunter Rise (MH Rise) and the Sunbreak DLC. Read on to learn Gold Rathian's weaknesses, forgeable weapons, forgeable armor, drops, and attack patterns for Master Rank!

How to Unlock Gold Rathian 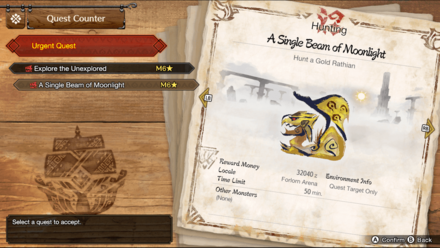 To hunt Gold Rathian after downloading Sunbreak's Title Update 1, you need to raise your MR to 10.

After beating Seething Bazelgeuse's quest, speak to Arena Master Arlow and to Chichae the Quest Damsel to unlock A Single Beam of Moonlight. 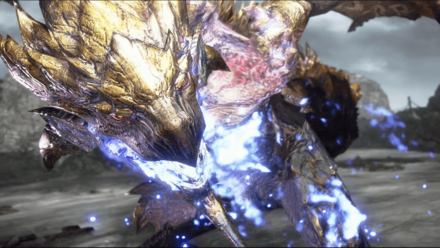 Gold Rathian will use their tail to greater effect compared to standard Rathian, so watch out as their tail strikes will come at you from different ranges and trajectories. When in their Incandescent state, their tail attacks grow fiercer, but their head also becomes weaker. Constant attacks to the head will knock them out of this enraged state, so focus your attack there as you fight!

How to Beat Gold Rathian 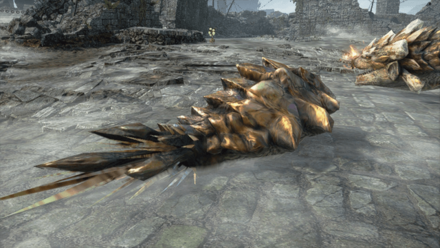 Aim to cut Gold Rathian's tail to remove one of its strongest assets, which is its poison attacks. Gold Rathian tends to use its tail attacks often, so severing its tail will severely its offensive potential!

Use Flash Bombs When Gold Rathian is Flying

Gold Rathian also tends to fly more often in between its attacks. If you happen to blind it with Flash Bombs while it is airborne, you can send it hurtling back to the ground and leave it vulnerable to attack.

Gold Rathian is more aggressive whenever it is in its Incandescent state, which makes it important to take it out of this state as soon as possible. You can calm it down by repeatedly hitting Gold Rathian's glowing neck and throat.

Successfully doing this will knock Gold Rathian down, leaving it open for attacks!

Gold Rathian is weakest against Water element weapons. It is ideal to aim for its legs as a weak point but prioritizing the removal of its poisonous tail is also an option.

Gold Rathian uses its fire breath to either defensively distance itself from hunters or engulf a wide area up in flames.

Gold Rathian's version of a Rathian's iconic somersault attack. Anyone unfortunate enough to meets its tail will be infliced with poison.

While in its Incandescent State, Gold Rathian can use its powered-up moves and perform it in combination with its other attacks.

Gold Rathian can enter a separate rage state even if it is already in its Incandescent state. Its attacks during this state are very aggressive which can be relatively difficult to dodge as it unleashes everything it has in its arsenal in a matter of seconds!

In order for us to make the best articles possible, share your corrections, opinions, and thoughts about 「Sunbreak Gold Rathian: Weakness and Drops | Monster Hunter Rise: Sunbreak」 with us!