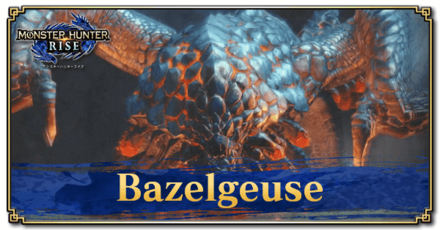 This is a hunting guide for Bazelgeuse, a Large Monster in Monster Hunter Rise (MH Rise) and the Sunbreak DLC. Read on to learn Bazelgeuse's weaknesses, forgeable weapons and armor, drops, and attack patterns for Master Rank! 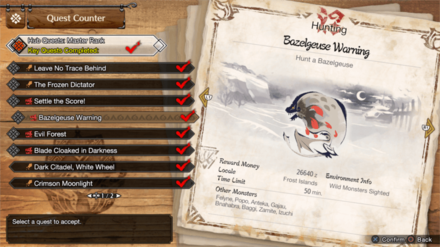 MR Bazelgeuse is unlocked by completing the Urgent Quest Witness by Moonlight and reaching M★5 in the Sunbreak expansion. 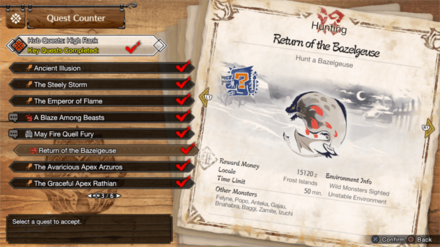 Bazelgeuse is unlocked by reaching HR 8 after defeating Thunder Serpent Narwa in the ★7 Urgent Hub Quest Serpent Goddess of Thunder.

Bazelgeuse flies overhead and scatters pinecone-like droppings from its beard and tail that explodes at Bazelgeuse's will. When enraged, Bazelgeuse will glow red and become aggresive but will have a softer hide. Use this opportunity to fight back!

Remember to Upgrade Your Armor 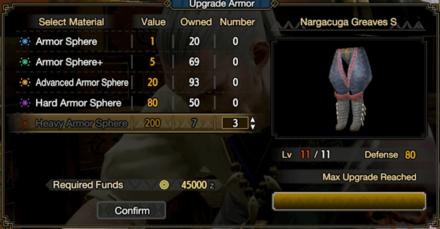 Since Bazelgeuse arrived with the game's Update 2.0, which also introduced additional armor upgrades, don't forget to upgrade your existing armors to increase their defense before taking this monster on!

Stay Away from Scales

When Bazelgeuse scatters its explosive scales on the battlefield, it will detonate after a few moments. When it turns red, stay away because that is the indicator that it is about to explode! Always be aware of your surroundings when fighting Bazelgeuse. 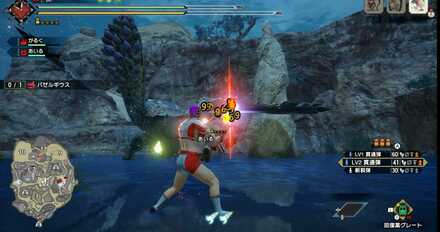 Bazelgeuse is a very big monster and it is quite hard to fight it toe to toe while minding all the explosive shells it scatters on the battlefield. Hence, we suggest using ranged weapons to better position yourself!

For this fight, we recommend using Pierce Ammo for Heavy Bowgun and Light Bowgun, and Piercing-type arrows for Bow!

Whenever Bazelgeuse does the Fly By attack, it will most likely follow it up with a divebomb. Wiredash away from it or emergency evade to save yourself!

Use Flash Bombs During Fly By to Cancel the Divebomb

Bazelgeuse will hover and fly away - a tell to know that it's going to turn back and execute a Fly By. Get ready and try flash bombing Bazelgeuse to stop it in its tracks! This will not ground Bazelgeuse but will save you from the divebomb!

Flash Bomb: How to Get and Uses

Bazelgeuse will turn red and be more aggressive when enraged, but this also softens its hide. We suggest going aggressive whenever this happens to deal significantly more damage against the monster.

We also suggest using the skill Agitator against Bazelgeuse because it gives you bonus attack and affinity when the monster is enraged! Go toe-to-toe to win!

Everything Explodes When Bazelgeuse is Red 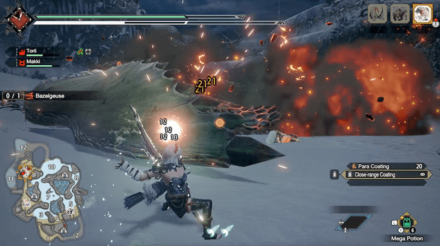 When Bazelgeuse turns red, that's when everything turns explosive. It will try to scatter more red volatile scales around the battlefield or drag its underside that triggers explosions.

When Bazelgeuse is not enraged, the weak spots for ammo damage (Bowguns and Bows) are its wings and tail. When enraged, its weak spots become the red parts on its chin and tail. We suggest aiming for Bazelgeuse's tail because it is a larger and safer weak point to take advantage of.

If you're a Gunner, make sure to take note of Bazelgeuse's changing weak spots and adjust your aim accordingly! 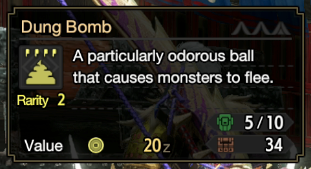 Bazelgeuse can appear in all locales and invade your hunt for other monsters. Whenever it arrives, throw a Dung Bomb to make it leave the area!

Dung Bomb Location: How to Get and Uses

In addition to its attacks in High Rank quests, Bazelgeuse uses the following attacks in Master Rank.

Bazelgeuse's main mechanic revolves around scattering scales around the battlefield then igniting them to mess with the hunter's movement and repositioning. This also causes Fireblight and deal massive damage.

When Bazelgeuse is angry, instead of the usual dark-colored scales, it scatters red scales that explode faster. Mind your positioning and the environment whenever it's mad!

Bazelgeuse can also scatter volatile scales in different patterns which can originate from either the chin or the tail.

In order for us to make the best articles possible, share your corrections, opinions, and thoughts about 「Sunbreak Bazelgeuse: Weakness and Drops | Monster Hunter Rise」 with us!