What is Affinity?: How to Raise Affinity Stat | Monster Hunter Rise: Sunbreak 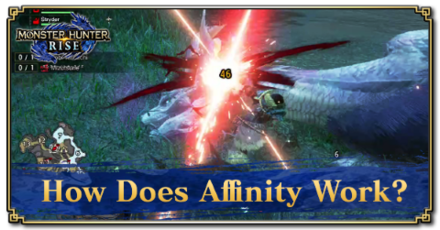 This is a guide to affinity, a damage modifying stat in Monster Hunter Rise (MH Rise): Sunbreak. Read on to learn what affinity is, how affinity works, and how to raise affinity.

What is Affinity? What Does Affinity Do?

In Monster Hunter Rise, affinity is the chance you have to deal 25% more or less physical damage.

When you have positive affinity, you will occasionally see a shiny red light behind your damage number. That means you're doing critical damage!

On the other hand, when you have negative affinity, you will sometimes see a shiny purple light behind the damage number. This means you're dealing less damage than normal.

Elemental Damage is Not Affected

Affinity-related damage only increases raw damage, and not elemental damage. Normally, the calculation goes like this:

Note that in the example above, the total damage increase is less than 25%, meaning elemental damage is not boosted by critical hits. Due to this reason, elemental builds rely on the skill called Critical Element which will make your elemental attacks do critical hits as well!

Having the Critical Boost skill increases the damage of your critical hits from 25% up to 40%, depending on the level. It's a must-have skill for affinity-focused builds, so make sure to slot it in when you can!

How to Raise Affinity 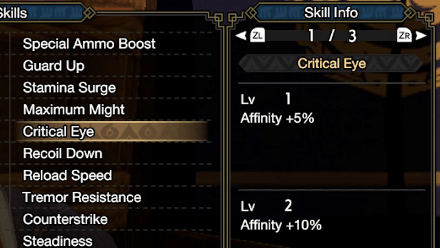 Affinity-raising skills like Critical Eye are highly recommended if you wish to increase your affinity stat. You can get these from armor, talismans, and decorations, so it's important to plan your build!

With the Ramp-Up feature at the Smithy, you'll be able to equip Rampage Skills to your weapons. Affinity Boost is a Ramp-Up Skill that increases affinity.

Once you reach Master Rank, you'll be able to use equip Kushala Daora Soul through its Rampage Decoration on several weapons to gain its affinity bonus. You can even augment weapons with additional affinity!

For Dual Blades, equipping the Raging Jewel rampage decoration will help increase affinity during Demon Mode at the cost of doubled sharpness loss. 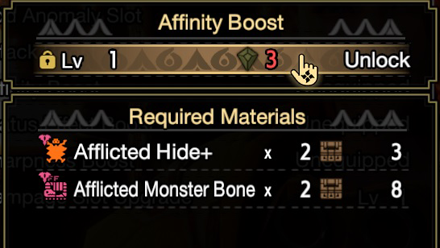 Your weapon's affinity can be raised through the Affinity Boost augment in Qurious Crafting available for Master Rank weapons.

Stack the affinity you get from the Qurious Crafting augment with other affinity-boosting skills to have a higher chance in dealing critical hits! 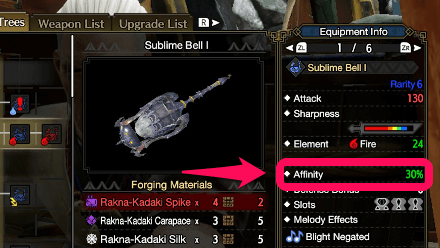 There are weapons with particularly high affinity, with a few going up to 40% base affinity such as the Rakna-Kadaki and Nargacuga weapons. You can spot how much affinity a weapon has even before crafting it, so keep an eye out for high affinity weapons! The affinity stat usually sits under the weapon's element and sharpness.

Have an Affinity Up Melody Effect 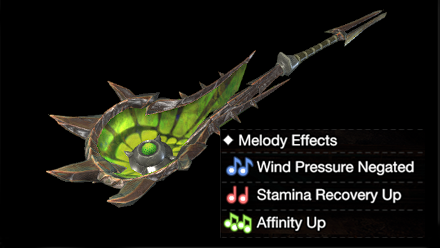 When using a Hunting Horn within your party, look out for equipment that has Affinity Up under Melody Effects.

Performing Affinity Up will temporarily grant increased affinity to all hunters and buddies near the performer. Position accordingly and stack this with other affinity boosting skills to deal more critical hits. 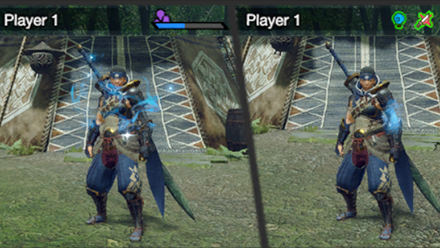 Overcoming the Frenzy status gives 15% affinity for around a minute. You can give yourself the Frenzy on any hunt by equipping the Bloodlust skill, which also boosts the affinity bonus and can extend the duration of the affinity increase. 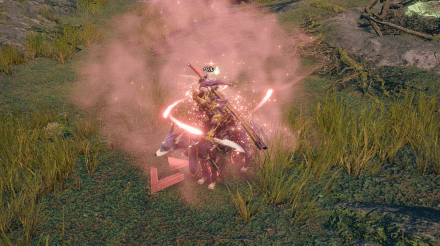 The Cutterfly and Red Lampsquid are Endemic Life that grants hunters temporary increased affinity upon interaction.

Look out for these, study their effects, and remember their locations if you want you and your party to deal more critical hits out on the field!

How To Deal With Negative Affinity

Cancel Out Your Negative Affinity by Raising It 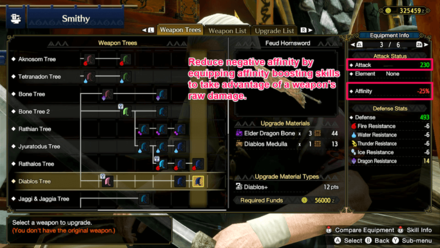 If you want to use a weapon that has negative affinity, you can always increase your affinity until it reaches zero. Some weapons are worth the effort because of their high raw damage, so don't dismiss them just because they have negative affinity!

In order for us to make the best articles possible, share your corrections, opinions, and thoughts about 「What is Affinity?: How to Raise Affinity Stat | Monster Hunter Rise: Sunbreak」 with us!