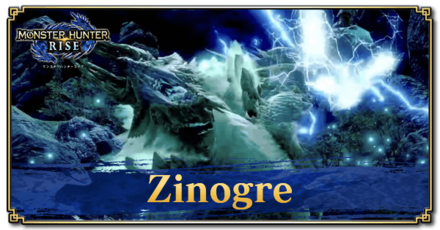 This is a hunting guide for Zinogre, a Large Monster in Monster Hunter Rise (MH Rise) and the Sunbreak DLC. Read on to learn Zinogre's weaknesses, forgeable weapons and armor, drops, and attack patterns for Master Rank!

How to Unlock Zinogre

Complete In Search of the Doctor in Master Rank 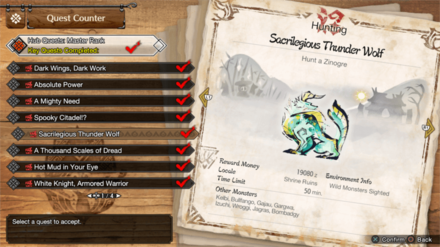 MR Zinogre is unlocked by completing two M★4 Key Quests in MR 4 and finishing the Urgent Quest In Search of the Doctor in the Sunbreak expansion. 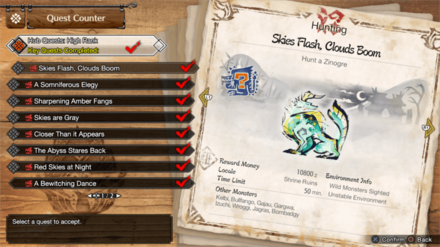 High Rank Zinogre is unlocked by completing the Urgent Quest A Bewitching Dance and reaching HR 7. 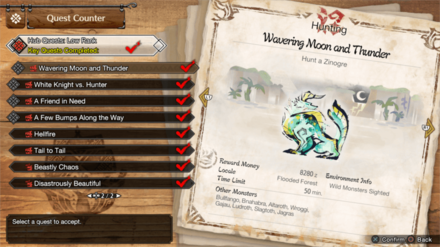 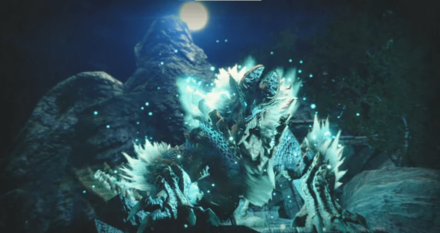 In their supercharged states, Zinogre not only have different attack patterns but also become faster, hit harder, and gain immunity to Shock Traps. Staggering them, however, may knock them out of this state.

How to Beat Zinogre

Attack Zinogre While It Charges Up

Zinogre can charge itself with electricity by pulling Fulgurbugs in from the air, enhancing its attacks with Thunder once it fully powers up. However, while it charges up, Zinogre is completely vulnerable to attacks. Use this window of opportunity to deal as much damage as possible and prevent Zinogre from completing its charge.

Focus On Its Back During Knockdowns

Prioritize dealing damage to Zinogre's back while it's knocked down. Doing this can disperse the Fulgurbugs in its fur and make it more difficult for Zinogre to enter its charged state.

Staying behind Zinogre's forelegs will allow you to easily avoid most of its attacks, letting you spend more time dealing damage instead of dodging. Doing this also gives you easy access to its hind legs, which are one of its weak spots while uncharged.

The potency of Zinogre's charged state directly corresponds to the state of its forelegs, back, and tail. Breaking these specific parts will significantly reduce the power spike Zinogre acquires during its charged state.

Be Mindful When Using Shock Traps

Using Shock Traps against an uncharged Zinogre without tranquilizing it first causes it to power up and break free from the trap instead, so make sure to use Tranq Bombs or Tranq Ammo on it beforehand.

In addition, Shock Traps do not work against charged Zinogres as they immediately destroy the trap upon triggering it. Instead, use a Pitfall Trap when deciding to capture a charged Zinogre.

Zinogre's Thunder-based attacks can cause hunters to become stunned more easily. Due to this, we suggest crafting and equipping Decorations with Stun Resistance, such as Steadfast Jewel 1, when going on a hunt to take down Zinogre.

In addition to its attacks in Low and High Rank quests, Zinogre uses the following attacks in Master Rank.

In order for us to make the best articles possible, share your corrections, opinions, and thoughts about 「Sunbreak Zinogre: Weakness and Drops | Monster Hunter Rise」 with us!