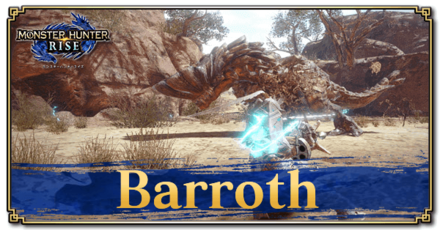 This is a hunting guide for Barroth, a Large Monster in Monster Hunter Rise (MH Rise) and the Sunbreak DLC. Read on to learn Barroth's weaknesses, weaknesses, forgeable weapons and armor, drops, and attack patterns for Master Rank!

How to Unlock Barroth 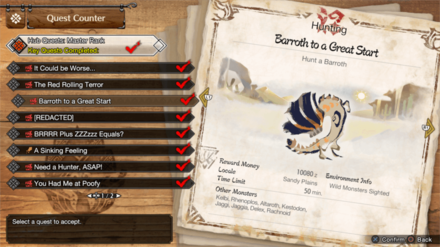 MR Barroth is unlocked by reaching MR 1 and completing the Urgent Quest Tetranadon Blockade in the Sunbreak expansion. 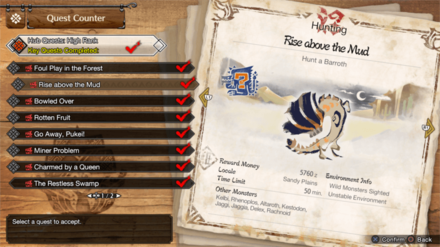 High Rank Barroth is unlocked by completing the Urgent Quest The Restless Swamp and reaching HR 5. 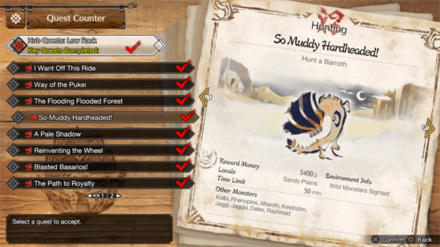 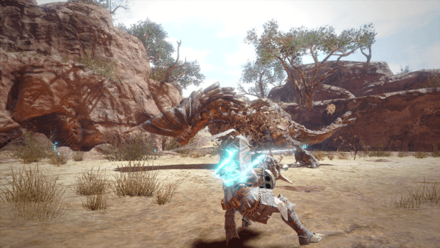 If you get hit by the mud a Barroth flings around, you'll get muddy, which means that any pro hunter should prioritize attacking the muddy parts of the monster to clean it off! Once you've got rid of all that mud, fighting will be some good, clean fun.

How to Beat Barroth 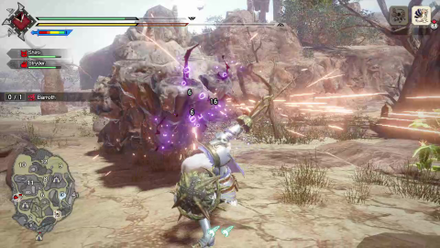 Unless you are aiming to break Barroth's head with a blunt weapon like the Hammer, you should avoid attacking Barroth's head. Barroth's head is extremely durable and can easily deflect most attacks, so prioritize dealing damage to its other body parts instead.

Barroth's forelegs and tail are its primary weak points, so prioritize dealing damage to these body parts as often as possible. If these parts are hard to reach, focus on attacking Barroth's hind legs instead.

Be Wary of Mud Piles

Some of Barroth's attacks produce mud piles that persist for a few seconds. These plies of mud can be deadly obstacles as they hinder movement. Be mindful of your positioning and avoid these mud piles as much as possible.

Vulnerable While Rolling in Mud

During the hunt, Barroth sometimes moves towards wet areas to cover itself in mud by rolling around on the ground. While this happens, Barroth is completely vulnerable, so take advantage of this opening by dealing as much damage as possible to the monster.

Use Mudbeetles to Soften Hide

Mudbeetles are particularly effective against Barroth as they inflict Waterblight, which softens Barroth's hide and completely negates its mud armor. Pick up and use these Endemic Life to your advantage whenever possible!

Barroth's mud piles can inflict Waterblight on impact, which slows down stamina recovery. Negate this potentially deadly status ailment by bringing Nulberries to the hunt.

In addition to its attacks in Low and High Rank quests, Barroth uses the following new attack in Master Rank.

Barroth can use its head as a hammer, slamming it on top of hunters that stray too close to its front. There are two variations of head slam attacks.

Barroth uses its massive mouth to quickly bite at the hunter, dealing moderate damage and potentially causing them to trip. There are two variations of bite attacks.

Barroth can use its tail to knock hunters away from its rear and cause mud to scatter around the area. There are two variations of tail attacks.

In order for us to make the best articles possible, share your corrections, opinions, and thoughts about 「Sunbreak Barroth: Weakness and Drops | Monster Hunter Rise」 with us!