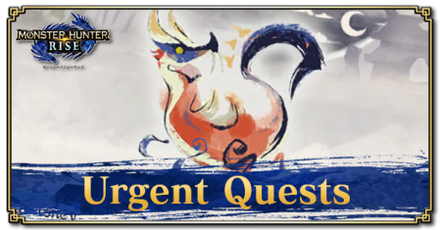 Urgent Quests appear as both Village and Hub quests in Elgado and Kamura Village, effectively acting as boss missions capping off certain hunter and master ranks in Monster Hunter Rise: Sunbreak. Read on to learn how to unlock all Urgent Quests and how to complete each of them.

There are no Village Quests in the Sunbreak DLC, so only Urgent Hub Quests exist. 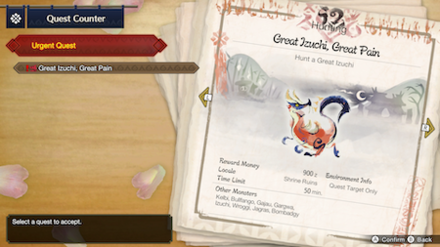 How to Unlock Urgent Quests 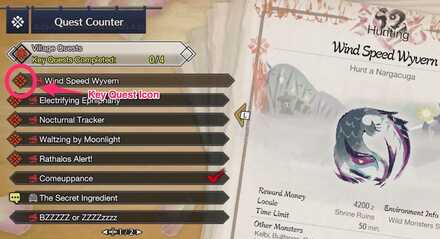 A certain subset of Village and Hub Quests known as Key Quests must be completed to unlock Urgent Quests. Key Quests are marked with a red diamond icon on the menu.

It is not required to complete all Key Quests within a Hunter Rank, but a specific number must be completed to unlock the Urgent Quest for that ★ level.

Quests Required to Unlock the Next Level of Quests 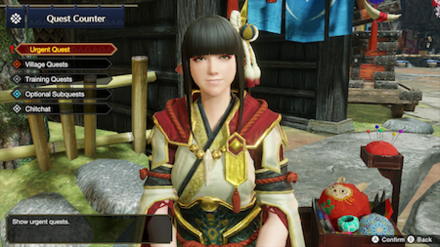 Urgent Quests appear as both Village Quests and Hub Quests, effectively acting as boss missions capping off each level. While Urgent Quests taken from the Village only unlock the next level and advance the story, those completed in the Gathering Hub will increase your Hunter Rank.

After unlocking the Hunter Rank Points system upon reaching HR 8, completing Urgent Quests will allow the player to break the HR Cap and continue to increase their Hunter Rank by completing Quests.

How to Increase Hunter Rank (HR)

Available as Regular Quests After Completion

In order for us to make the best articles possible, share your corrections, opinions, and thoughts about 「Sunbreak Urgent Quests Guide and List of Urgent Quests | Monster Hunter Rise | MHR (MH Rise)」 with us!