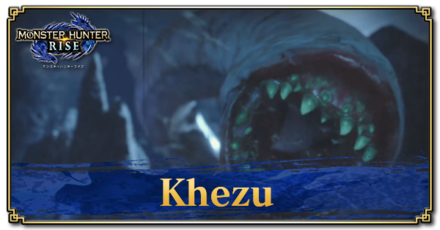 This is a hunting guide for Khezu, a Large Monster in Monster Hunter Rise (MH Rise) and the Sunbreak DLC. Read on to learn Khezu's weaknesses, forgeable weapons and armor, drops, and attack patterns for Master Rank! 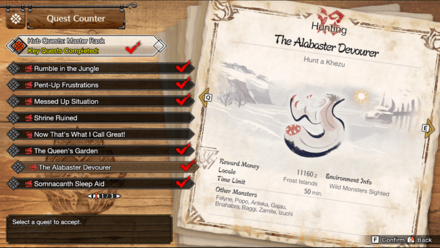 Master Rank Khezu is unlocked after completing the M★2 Urgent Quest Scarlet Tengu in the Shrine Ruins and reaching MR 2 in the Sunbreak expansion. 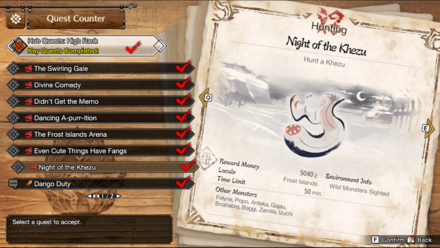 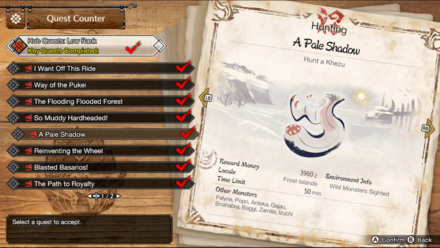 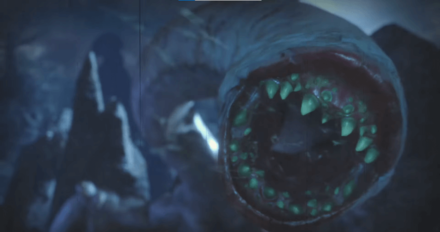 The Khezu will cling to walls or the ceiling to unleash its electric attacks from above. Use Wiredash to get to it and knock it down, or exhaust it to weaken its electricity.

Khezu's main weakness is fire, as such fire elemental attacks will deal the most damage and drastically speed up the hunt.

Khezu's electrical discharge can and will fire off quickly and will knock you out of your combo and potentially stun you. Hunter's should be careful when attacking especially when using weapons that have long animations like the Dual Blades.

Use the Earplugs Skill

Khezu roars a lot and hunters will often find their combos and silkbind attacks suddenly interrupted by a piercing Khezu roar. Bringing the Earplugs skill will help mitigate this and sustain damage.

Khezu's Attacks Can Cause Paralysis

During a paralyzed state the hunter won't be able to move. Have your Palico or Palamute around to snap you out of paralysis quicker.

In addition to its attacks in Low and High Rank quests, Khezu uses the following attacks in Master Rank.

Khezu's electric breathe attacks extremely slow so it'll be fairly easy to dodge but make sure to bring lightning-resistant gear to be safe.

Khezu will spread its arms, jump up, and lunge at its target with full force!

This attack is usually followed up by a huge opening but sometimes Khezu will chain this attack with an electric discharge attack so observe and act accordingly!

Khezu can latch on the ceiling to perform an evasive maneuver. Its moves, while latched, will be easy to dodge, but attacking it will be quite a hassle. Aim to weaken its legs to make it fall or use exhaust coating in your attacks!

In order for us to make the best articles possible, share your corrections, opinions, and thoughts about 「Sunbreak Khezu: Weakness and Drops | Monster Hunter Rise」 with us!