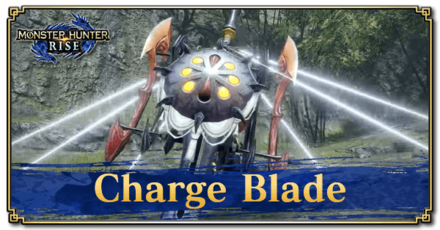 This is a guide to the Charge Blade, a weapon in Monster Hunter Rise (MH Rise). Read on to learn about new Charge Blade controls and combos, how to elemental boost the Shield and the Sword, how to use the Savage Axe -like Switch Skill as well as details on other Charge Blade Switch Skills.

Forward Slash to Return Stroke to End with Spinning Slash 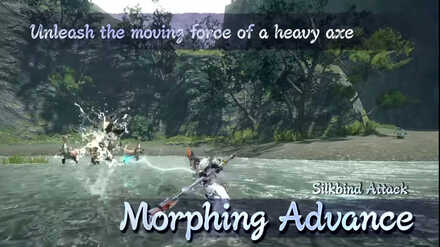 Morphing Advance is a silkbind attack where the hunter will dash in the input direction while morphing into Axe Mode. While dashing, your Hunter will have knockback protection so use this to close the gap between you and the monster efficiently! 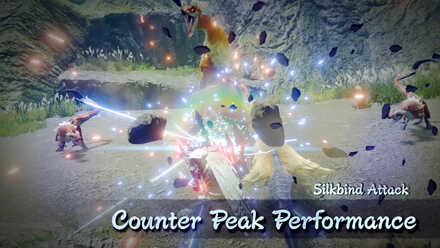 This silkbind attack holds your hunter to the ground with threads. When hit by an attack, the Charge Blade phials will automatically be fully charged and can be chained to a Super Elemental Discharge!

This new Silkbind Attack can be switched out with Counter Peak Performance.

The axe is raised overhead then slammed down, launching the hunter into the air. This also allows using a powerful Element Discharge while the hunter is moving upwards.

To do this, press zR + A and hold X. The Charge Blade shield will start spinning and can be swung onto an enemy. Hold X whenever it hits the enemy, and release afterward. Perfect timing is crucial for this move so take note!

This Switch Skill should be used immediately after acquiring. This allows you to charge your phials while in Axe mode! It greatly helps in maintaining phial charges while also dealing high damage in Axe mode.

This move is instant access to Super Amped Elemental Discharge (SAED). Though this is a very easy way to execute SAED, we don't recommend using this because the capability of Counter Peak Performance to charge your phials after blocking an attack is too good.

The DPS from this is not worth it compared to the sheer utility offered by Counter Peak Performance.

A stationary slash attack that does not move the hunter. The very basic starting point for all combos.

An advancing slash move while in Sword mode. Useful when you need to close the gap between you and the monster.

A charged move that executes two slashes when released at the right time. This is the most effective way to get phial charges.

A move in Axe Mode that swings the Axe upward hitting anything high above. Useful against flying monsters like Rathalos or monsters with an elevated head like Anjanath.

Imbues phial charges on your Axe that every swing has boosted capabilities depending on the Phial.

In Monster Hunter Rise (MH Rise), you can execute an elemental boost to the put phial charges to your sword and the boost the damage of your shield.

Element boosting the shield gives you stronger axe attacks as well as access to the Super Amped Elemental Discharge.

A very powerful move capable of hitting multiple times and depending on the phial type, can stun or deal more damage against monsters.

You can cancel this into a normal Amped Elemental Discharge by inputting (↓ + X) at the start of the SAED motion. This is usually used to conserve phials for when the monster's opening is not that huge.

While in Sword State, make sure to charge your Phials to unleash devastating Elemental Discharges against enemies.

Your Axe form is your battle mode but you are extremely vulnerable. Unleash all your damage then quickly morph back to shield form to gain mobility and guarding capabilities.

Guard points refer to a counterpoint where if a monster uses an attack at you during this period, the attack will be blocked and you can connect an Amped Elemental Discharge using X+A.

Recommended Combos for the Charge Blade

With this combo, you can go into the Super Amped Elemental Discharge (SAED) from the Sword & Shield Mode. It takes a long time to set up, so make sure you do this when the monster is down.

You can use this combo when you want to hit the head to inflict phial damage. For impact phials, you can chain stuns as well, so you can do this while a monster is down to prolong its downtime.

This combo utilizes the Savage Axe -like Switch Skill, Condensed Spinning Slash. If Savage Axe is your go-to Charge Blade move back in Monster Hunter World (MHW), then you'll see how great it looks in MH Rise. Condensed Spinning Slash uses phials to attack an area multiple times so when you're using an Impact Phial Charge Blade, a stun is very likely.

Also, feel free to use this beside your allies because this does not throw them airborne!

Tips on How to Use the Charge Blade 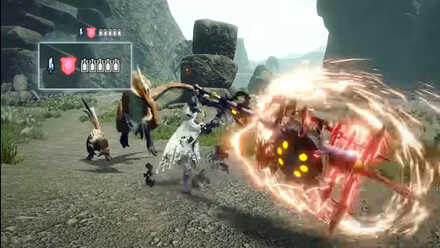 The addition of the Counter Peak Performance gives the Charge Blade counterattack capabilities (besides the Guard Points). Use this silkbind attack when able because it can be chained into an Amped or Super Amped Elemental Discharge! 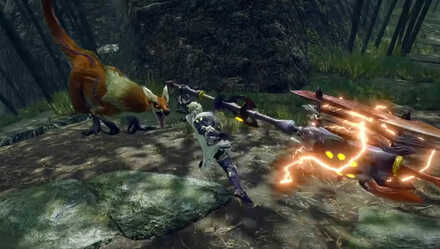 Phials make Charge Blades a force to be reckoned with. Always take time to collect phials during sword mode and discharging them using Axe mode. This is the basic gameplay loop for the Charge Blade!

Overcharging Can Cause Swords to Bounce-Off 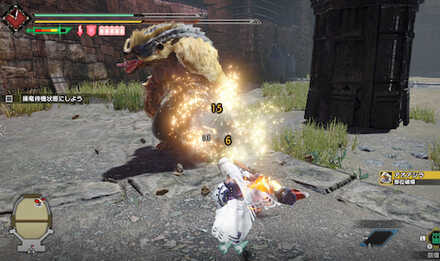 If you attack with the Charge Blade, you accumulate charge on your sword that can be transferred to your shield. If you charge with the Sword too much, your attacks will bounce off. Always load the charge using zR + A depending on the number of phials you need.

These are the different colors of the phials when your Charge Blade is charging. Do not let it reach overcharge because your attacks will bounce off.

Transfer the Charge from the Blade to the Shield for Bonuses

When phials are fully charged, take time to transfer the charges from the sword to the shield. When your shield is charged, it gives you increased attack power and guarding!

Also when your shield is charged, you gain access to the Super Amped Elemental Discharge (SAED) which dishes out tons of damage!

How Good is the Charge Blade?

The Charge Blade offers high damage due to Axe Mode's phial discharge moves and high defense because of the guard points however this is a weapon that is very hard to master. Once you mastered using the Charge Blade though, you have one of the best weapons in your hands. 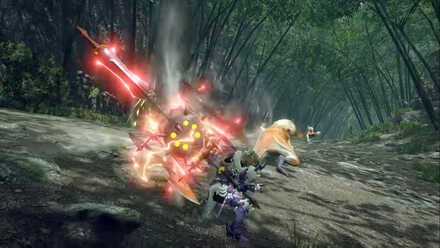 Charge Blade's power is all on the elemental discharge. The phials can also vary between an Impact or Element Phial each with different uses. The Charge Blade is very flexible!

Easy Switch Between Sword and Axe

Charge Blades have guard frames called Guard Point. When a monster hits your guard point, you can immediately execute an Elemental Discharge!

Using Charge Blades with Impact Phials is a good way to stun monsters - considering that you are hitting them on the head. 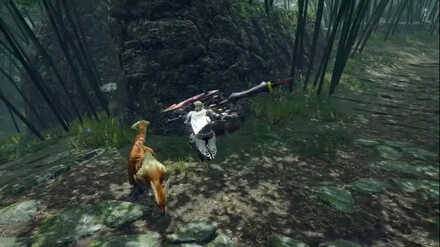 Most Complicated Weapon in the Game

This weapon is the most complicated weapon in the game. There are a lot of technicalities to this weapon so it is not beginner-friendly. A deep understanding of the underlying mechanics is required!

Charge Blades have very long attack animations that are sometimes difficult to time. For example, Elemental Bursts have a long wind-up animation before hitting the monster!

Register as a member and get all the information you want. (It's free!)
Login
Opinions about an article or post go here.
Opinions about an article or post
We at Game8 thank you for your support.
In order for us to make the best articles possible, share your corrections, opinions, and thoughts about "Charge Blade Guide: Combos, Controls and Moveset | Monster Hunter Rise" with us!
When reporting a problem, please be as specific as possible in providing details such as what conditions the problem occurred under and what kind of effects it had.