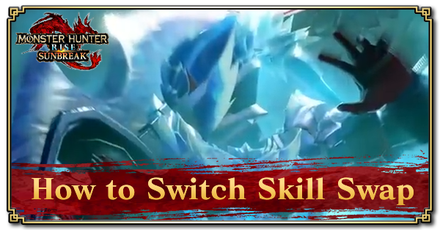 Switch Skill Swap is a new mechanic in Monster Hunter Rise: Sunbreak (MHR:SB) that allows hunters to switch between two different Switch Skill loadouts on the fly! Read on to learn more about how to perform it!

How to Switch Skill Swap

Switch Skill Swap can be performed by holding down the button that is normally used to select Silkbind Attacks (zL for melee or R for ranged) and then pressing X + A together. This does not use a Wirebug or consume Stamina so you are free to switch around movesets as needed, and there is no limit on how many times you can Switch Skill Swap. 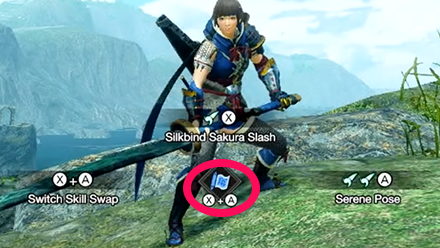 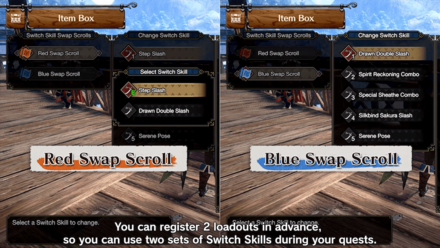 How to Swap Evade

In addition to swapping Switch Skills, hunters can also evade immediately after using a Switch Skill Swap! This allows them to reposition before continuing the hunt with their other moveset! Swap Evade consumes Stamina like a normal dodge, but has a large invulnerability window to give hunters room to Switch Skill Swap even in the heat of battle.

How to Change Switch Skill Loadouts

Change From Any Item Box or Tent

You can change which Switch Skills are registered to the Red Scroll and Blue Scroll at any time by visiting any Item Box or going to your Tent.

How to Register Switch Skill Loadouts

Register From Any Item Box or Tent

If you've got a setup on your Red Scroll or Blue Scroll which you want to save for later, you can register it to a slot in the Switch Skill Loadouts screen.

In order for us to make the best articles possible, share your corrections, opinions, and thoughts about 「Sunbreak | How to Switch Skill Swap | Monster Hunter Rise」 with us!