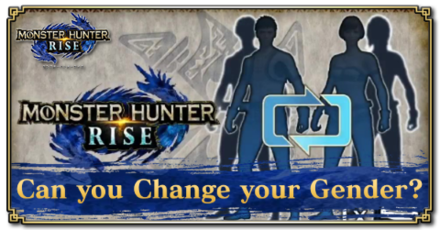 Can I Change Gender In-Game?

Possible With the Character Edit Voucher 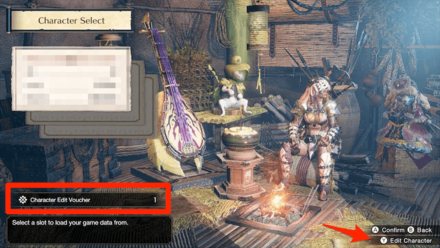 Customizable Parts Without the Voucher 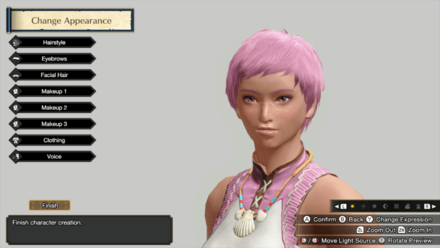 Without the Character Edit Voucher, you are limited to the following edits: 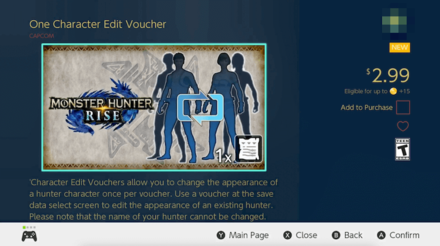 The Character Edit Voucher for Monster Hunter Rise (MH Rise) is available in the Nintendo eShop. Just make sure that you are updated to at least Version 2.0 to use the voucher.

Here are the prices:

Also, make sure that the eShop Region is the same as your copy of Monster Hunter Rise (MH Rise), or else you won't be able to use the Character Edit Voucher. 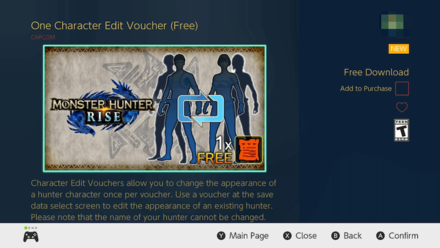 Post (0 Comments)
Opinions about an article or post go here.
Opinions about an article or post
We at Game8 thank you for your support.
In order for us to make the best articles possible, share your corrections, opinions, and thoughts about "Can you Change your Gender? | Character Customization Options | Monster Hunter Rise" with us!
When reporting a problem, please be as specific as possible in providing details such as what conditions the problem occurred under and what kind of effects it had.