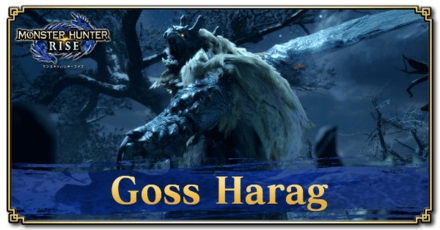 This is a hunting guide for Goss Harag, a Large Monster in Monster Hunter Rise (MH Rise) and the Sunbreak DLC. Read on to learn Goss Harag's weaknesses, forgeable weapons and armor, drops, and attack patterns for Master Rank!

How to Unlock Goss Harag 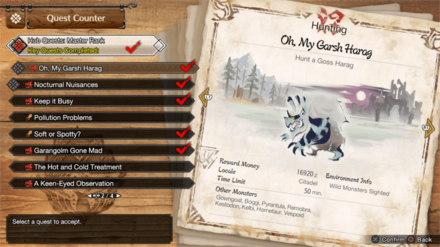 MR Goss Harag is unlocked by completing the Urgent Quest A Rocky Rampage and reaching MR 3 in the Sunbreak expansion. 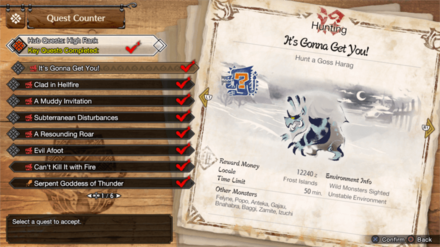 High Rank Goss Harag is unlocked by completing the Urgent Quest Can't Kill It with Fire and reaching HR 7. 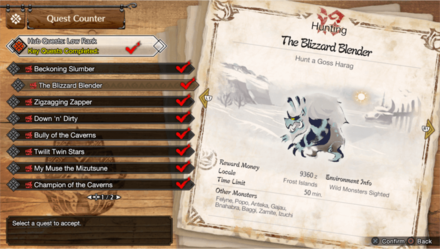 In hitting the accumulated frost on its forelegs, a hunter risks being afflicted with iceblight, but is rewarded by the creature being toppled when the frost is shattered. Areas that appear red when the creature is angry are the most susceptible, so focus your efforts there!

How to Beat Goss Harag

Prioritize breaking Goss Harag's ice weapons whenever they are active. Both of its ice weapons are considered weak spots and can potentially stun or knock down Goss Harag after they break. 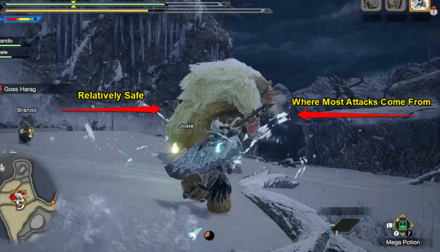 Almost all of Goss Harag's attacks come from its front and reach directly in front of it. Positioning behind Goss Harag allows you to avoid most of its attacks and spend more time dealing damage instead of dodging.

Some of Goss Harag's attacks inflict Iceblight on impact. Negate this potentially deadly status ailment by bringing Nulberries to the hunt.

Alternatively, you can check your base camp's Supply Box at the start of the hunt for any free Nulberries.

Most of Goss Harag's attacks are powerful enough to send hunters flying or lodge them in the ground long enough for potential KOs from follow up attacks.

Maintaining a third Wirebug or at least one Wirebug charge whenever you fight Goss Harag can save you in emergencies such as these.

How to Get and Use Wirebugs

In addition to its attacks in Low and High Rank quests, Goss Harag uses the following attacks in Master Rank.

Up and Around Slash Combo

Goss Harag's claws deal high damage and can easily knock its target down, leaving them exposed to deadly follow-up attacks. Fortunately, these attacks are relatively slow and easily dodged or blocked.

It is important to note that every attack with these weapons inflict high damage and Iceblight. However, these weapons can be damaged to speed up the degradation process. Dealing enough damage may even cause them to break entirely!

In order for us to make the best articles possible, share your corrections, opinions, and thoughts about 「Sunbreak Goss Harag: Weakness and Drops | Monster Hunter Rise」 with us!