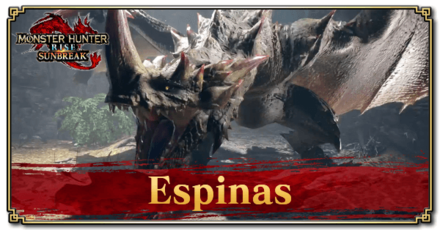 This is a hunting guide for Espinas, a Large Monster in Monster Hunter Rise (MH Rise), and the Sunbreak DLC. Read on to learn Espinas' weaknesses, forgeable weapons, forgeable armor, drops, and attack patterns for Master Rank!

How to Unlock Espinas 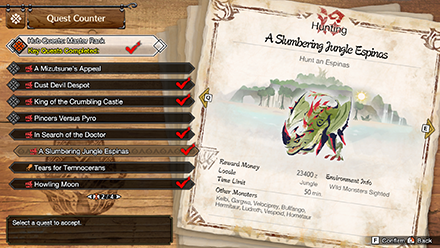 The Espinas Urgent Quest is unlocked by completing 2 Key Quests after defeating Astalos in In Search of the Doctor. 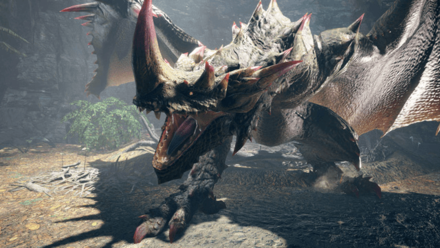 Their breath attacks are particularly annoying, inflicting poison, paralysis, and fireblight. Make sure you have resistance skills and ailment recovery items at the ready before the hunt. Espinas run riot with charge attacks when enraged, but the increased blood flow softens their flesh, so lay on the pain when you get the chance!

Espinas makes its main series debut in Monster Hunter Rise: Sunbreak! Before, Espinas can only be encountered in Monster Hunter Frontier, which cannot be played by players living in the West and therefore not available to a wider audience.

Espinas' inclusion in the Sunbreak expansion marks the first time that it will appear in a major Monster Hunter game, and can now be fought by more players who didn't have a chance to hunt it before!

How to Beat Espinas

Espinas has a unique mechanic of inflicting fireblight, poison, and paralysis using its breath attacks. Yes, all three at the same time.

Use Decorations or Armor that Prevents Paralysis 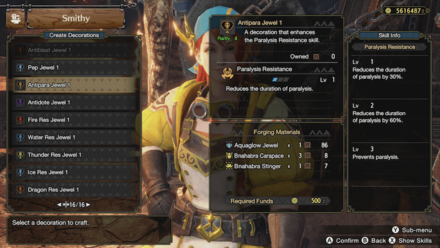 Paralysis is the greatest threat in the trio of ailments this breath causes considering the Hunter is left unable to act and vulnerable to follow-up attacks. Couple that with the already present Fireblight and Poison, and it will surely cart any unsuspecting Hunter.

We suggest using decorations or armors that bolster Paralysis Resistance. This makes you immune to paralysis and lets you wirefall away if ever you get hit by the breath attack. This is especially useful if you're having a hard time evading breath attacks. 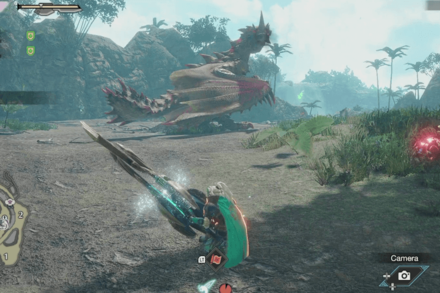 When Espinas enters its enraged state, all its blood vessels expand which causes its body parts to glow red, become soft, and vulnerable to attacks. However, this also increases Espinas' attack power with some attack combos capable of carting Hunters that are caught sleeping. 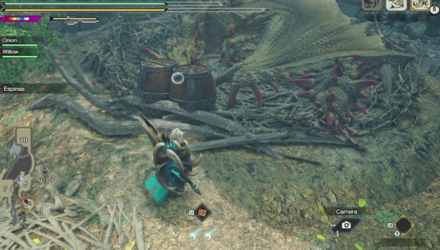 Espinas will always be sleeping in a nest at the start of every hunt. Exploit this mechanic by maximizing the wake up slap multiplier (2x) and start strong.

Huge Opening After the Breath Attacks

Espinas will usually execute a forward Blight Breath attack during the battle. Try evading this effectively because it has a huge opening afterward, allowing you to dish out damage freely.

In its previous appearance in Monster Hunter Frontier, Espinas mixes the poison in its body with fire and spew it out as poisonous fireballs which can cause Fireblight, Poison, and Paralysis upon being hit.

In order for us to make the best articles possible, share your corrections, opinions, and thoughts about 「Sunbreak Espinas: Weakness and Drops | Monster Hunter Rise」 with us!