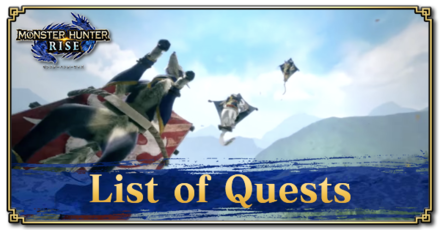 This is a list of all Quests for Monster Hunter Rise and the Sunbreak DLC. Check out all the different types of quests, some quest information we know, and the meaning of the blue checkmark as well as the yellow speech bubble!

What is the Blue Check Mark in Quest Counters? 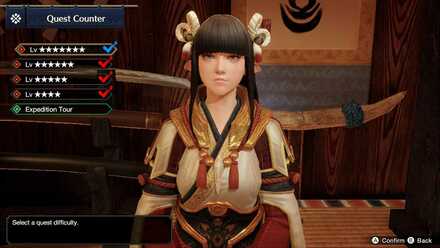 You may have seen blue check marks when you seem to have completed all quests listed in your Quest Counter. 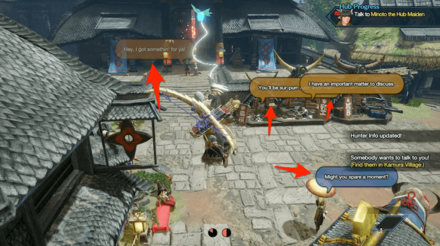 For starters, we suggest checking out the Kamura Village for villagers that want to talk to you denoted by speech bubbles above their heads!

Check for Quests You May Have Missed

Quests may be unlocked by doing another quest, so we suggest checking out our list of all quests above. This will take you to a list of quests with the corresponding unlock conditions!

What are the Yellow Speech Bubbles?

Yellow speech bubbles on individual quests indicate a sidequest that was accepted and can be completed through the marked quest. 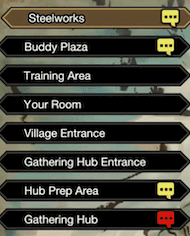 If you check the Fast Travel map (Hold -), you may see fast travel points that have yellow speech bubbles. These are places where there are villagers who want to talk to you and may give you a reward.

Look Out for Prompts

The game will prompt you (found on the right side of the screen) if somebody in Kamura Village wants to talk to you. Check out your map and find that NPC!

In Monster Hunter Rise, Village Quests are types of quest that are solo-only and is story-driven. Progressing through the story is usually done by finishing multiple Key Quests and a final Urgent Quest that unlocks higher level quests! 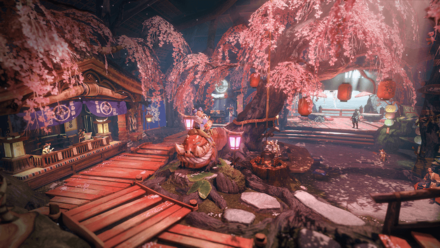 The Gathering Hub is the only place you can play in multiplayer with other players, online or offline. These quests are generally more difficult than their Village Quest counterpart so be ready with your friends!

Maximum of Up to 4 players

A lobby in Monster Hunter Rise can accommodate only up to 4 players at a time. This is to mitigate the relatively weaker hardware of the Switch and to foster a more tight-knit hunting party!

Can Also Be Done Solo

Like the past games, Gathering Hub quests can also be done solo! Veteran Hunters who want a challenge do this all the time so when you are confident enough, maybe you can try your hands on doing this! 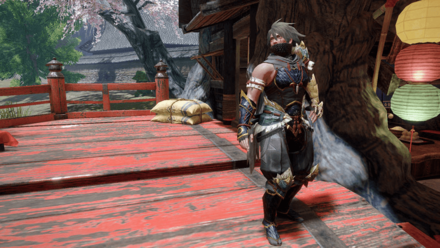 An Arena Quest is a special type of quest where the game provides you with a choice of standardized armor and weapon. Up to two people can do Arena Quests with certain rewards like coins dropping here!

Done During Quests or Expeditions 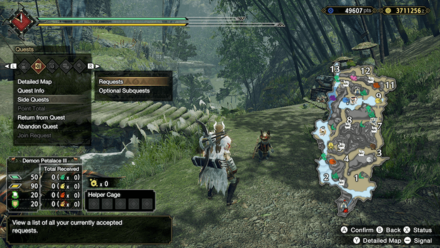 Side Quests are optional tasks that you can accomplish while out on quests. They are subdivided into two: Requests and Optional Subquests. You can access the list by going to the Start Menu (Press +) → Quests Tab → Side Quest. 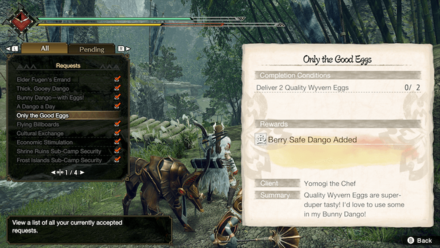 Requests are optional tasks that villagers give you in exchange for quality of life upgrades like new Dango flavors, Buddy Equipment, and Sub-Camps. 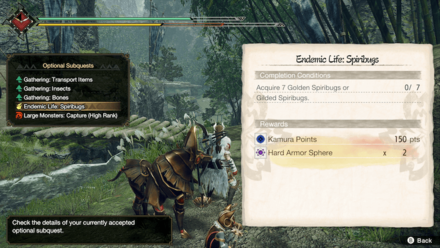 Optional Subquests are optional tasks that Hinoa or Minoto provide in Quest Counters. These are passive and should be completed during quests. 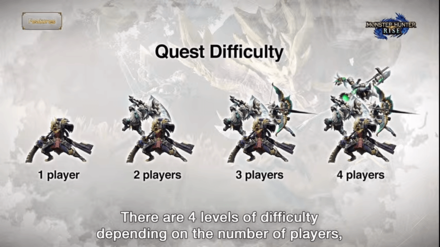 The Rampage is a Tower Defense Quest 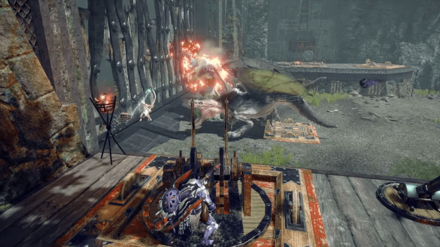 The Rampage is a special type of quest that requires you to defend a stronghold from waves of monsters! Know where and when to use hunting installations to deal big damage!

Rampages also have objectives that you need to accomplish to finish with a higher score. A higher score means better loot so aim for S-Rank!

Quest Progress Shown in the HUD 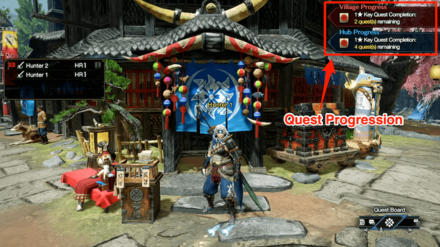 Quest progression is also shown at the upper right corner of the screen whenever you are at Kamura Village. This helps you track down the number of quests you need to complete per Hunter Rank! 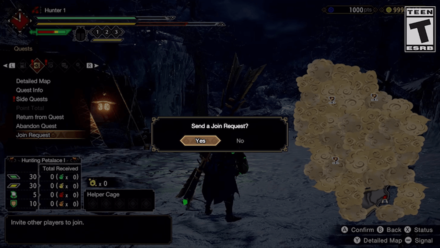 Join Request is a mechanic similar to MHW's SOS Flare. This allows hunters to let other players participate in their current quest!

Key Quests are Back! 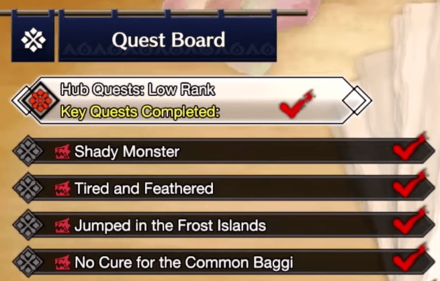 The Key Quest system has returned in Monster Hunter Rise. Key Quests are specific types of quests that players have to finish to progress their quest level!

There are a set of quests that are marked as key denoted by a red symbol to the left of the quest title. Finishing a certain number of them will let you take on Urgent Quests!

Abandon Quest vs. Return from Quest 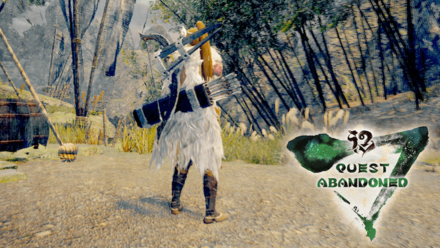 Abandoning Quests will not let you keep items and materials you have acquired but resets all your used items during a quest. We suggest doing this only when you feel like the quest has no hope already! 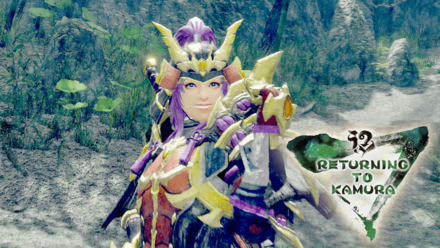 Returning from Quest, on the other hand, allows you to return to base with all the current items or materials you have already gathered! This is usually done in expeditions where you gather some materials without actually accomplishing a set quest objective.

In order for us to make the best articles possible, share your corrections, opinions, and thoughts about 「Quest Types and List of Quests | Monster Hunter Rise: Sunbreak」 with us!