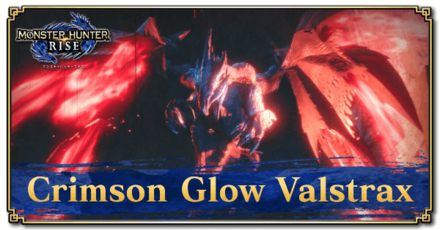 How to Unlock Crimson Glow Valstrax 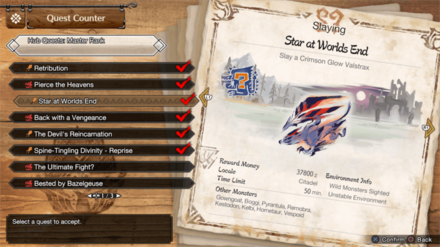 MR Crimson Glow Valstrax is unlocked by defeating Furious Rajang at MR 50 and reaching MR 70 in the Sunbreak expansion. Doing this unlocks the Urgent Quest Star at Worlds End, which allows you to fight it in the Citadel.

After completing its Urgent Quest, you can fight MR Crimson Glow Valstrax in Star at Worlds End and Mysterious Glow in the M★6 Quest Pool. 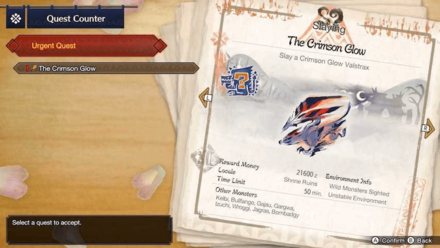 How to Increase Hunter Rank Fast

After channeling energy into its wings, it will unleash a powerful attack. It sucks in this energy from its chest, and that's the moment to wait for. Prevent it from powering up and cause the energy to combust, dealing serious damage to the creature.

How to Beat Crimson Glow Valstrax

Attack the Chest While It's Charging

Position Around the Forelegs 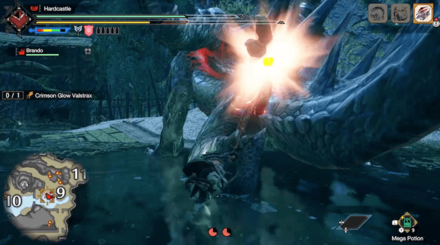 Crimson Glow Valstrax's wing attacks can cover a large distance with great speed. Positioning beside its forelegs at all times results in most of its wing attacks going past you, making the fight a lot easier.

Take Advantage of Its Weak Tail

Crimson Glow Valstrax's attacks inflict Dragonblight. This particular blight completely negates your weapon's element or status ailment so always make sure you bring a full stack of Nulberries into the fight.

In addition to its attacks in High Rank quests, Crimson Glow Valstrax uses the following attacks in Master Rank.

Crimson Glow Valstrax can use its wings in various ways to directly deal damage.

With its jet powered wings, Crimson Glow Valstrax can take flight to attack hunters from the air with incredible speed and precision.

In order for us to make the best articles possible, share your corrections, opinions, and thoughts about 「Sunbreak Crimson Glow Valstrax: Weakness and Drops | Monster Hunter Rise」 with us!