Sunbreak | How to Forge Weapons and Armor | Monster Hunter Rise 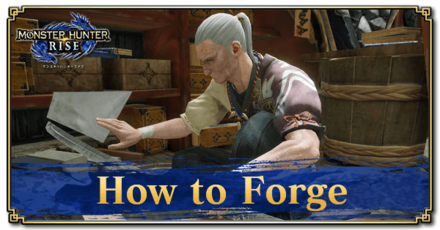 Fundamental Equipment in a Hunter’s Life

Without weapons or armor, you cannot even begin to dream of hunting even a tiny Jagras! A lot of the fun of Monster Hunter comes from the diverse gameplay offered by its 14 weapons, as well as the crafting of builds that cater to your specific needs.

Craftable at the Smithy

Both weapons and armor are craftable at the Smithy! There are two in Kamura Village: Hamon at the Steelworks and Nakago in the Hub Prep Area. Simply talk to them to access weapon and armor crafting.

How to Forge Weapons

How to Forge Armor

How to Unlock Weapons and Armor

How to Unlock Weapons 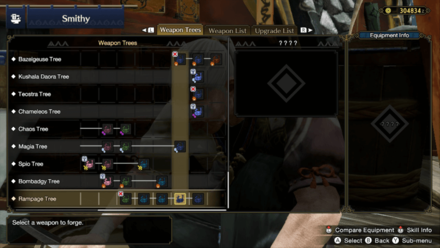 When it's early on in the game, chances are a lot of the weapons or entire weapon trees that you don't have the recipes for and are marked as '????'. To unlock the recipes for these unknown weapons, you will need to get its core material.

How to Unlock Weapon Trees 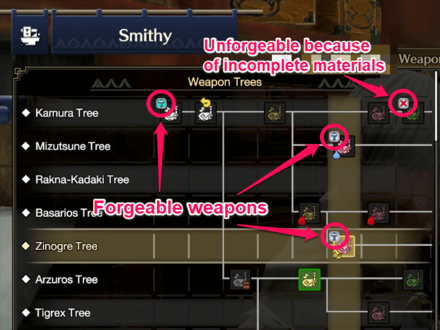 How to Unlock Armor

Same goes for armor, though instead of being marked as '????', unknown armor just doesn't appear in the armor list at all. You will just have to get the material required to make that armor to unlock its recipe. For example, the Brigade Armor Set won't appear until you've gotten all of the Arena Coins needed to craft it.

In order for us to make the best articles possible, share your corrections, opinions, and thoughts about 「Sunbreak | How to Forge Weapons and Armor | Monster Hunter Rise」 with us!