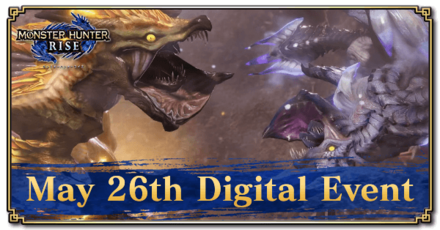 This is a summary of the May Digital Event Official Livestream for Monster Hunter Rise (MH Rise) Update 3.0. Read on for the livestream date and time, our livestream countowdown, where to watch, Second Free Title Update - Update 3.0 details, new content and DLC, and more

Where to Watch the Digital Event

What We Know So Far 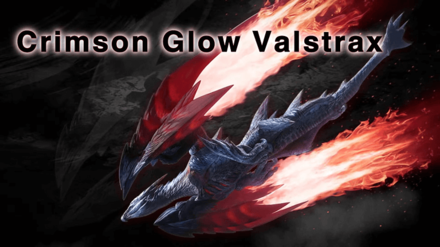 CAPCOM introduces a new variation of Valstrax known as Crimson Glow Valstrax. This particular version of MHGU's flagship monster is expected to have new moves in Monster Hunter Rise. 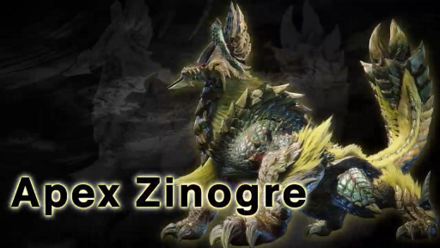 Due to Apex Zinogre's uncanny resemblance with the former, it is safe to expect a heightened aggression as well as an Ultracharged State during the hunt! 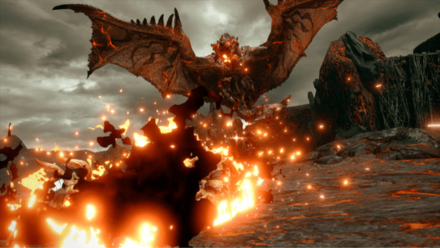 Update 3.0 releases Apex Rathalos into the wild! Look out for its Hub Quest as soon as the update lands on March 27 (1 AM BST) 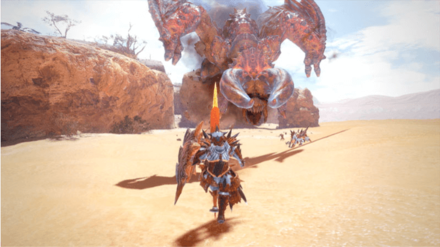 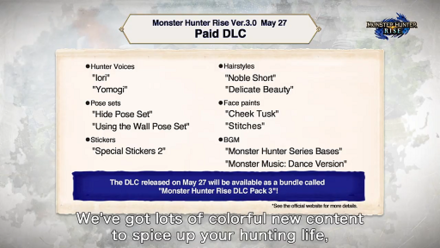 Several new DLC content were also announced during Monster Hunter's Digital Event. These range from Hunter Voices to actual BGMs from the game itself. 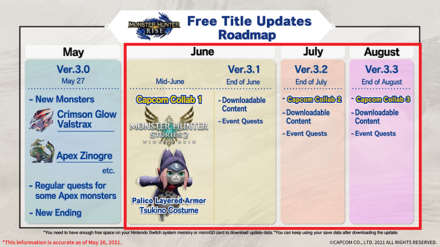 Monster Hunter's Digital Event has revealed plans for cross-title collaborations for Versions 3.2 and 3.3. While we didn't get much in terms of specifics, we expect CAPCOM to release more information regarding these collab events in the coming weeks! 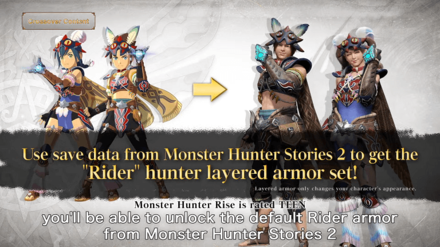 Update 3.0 Will Feature a New Ending 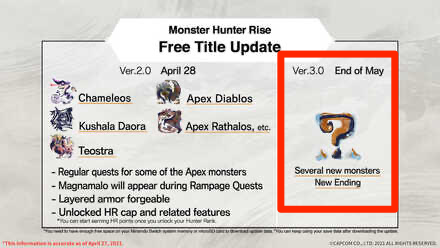 It is also announced that Update 3.0 will come at around 1.4GB, way bigger than Update 2.0! Considering how vast Update 2.0 is, we expect Update 3.0 reach the same level — and more with its hidden content!
Update 3.0: Release Date and New Monsters

In order for us to make the best articles possible, share your corrections, opinions, and thoughts about 「May 26th Digital Event - Livestream Coverage and Everything We Learned | Monster Hunter Rise | MHR (MH Rise)」 with us!