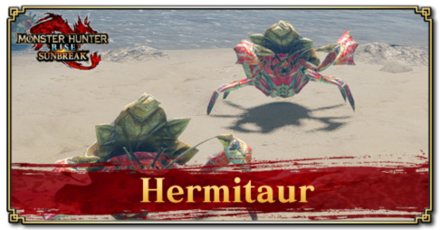 This page is about the Hermitaur, a small monster found in Monster Hunter Rise (MH Rise): Sunbreak. More information about Hermitaurs will be announced as soon as Sunbreak is released, so stay tuned to this page for more updates on Hermitaurs.

Farm Hermitaur at the Jungle

Make sure to pick up some wirebugs along the way to travel faster!

If you're farming and you're not lucky enough to get an outbreak of Hermitaur, you can do the A Sinking Feeling quest instead to help get more Hermitaur on the map.

Other Maps Not Recommended to Farm

According to your Hunter's Notes, they are also found in Shrine Ruins, Sandy Plains, and Flooded Forest. It is not recommended to farm them there as they only spawn at one area, in groups of 2 at most. 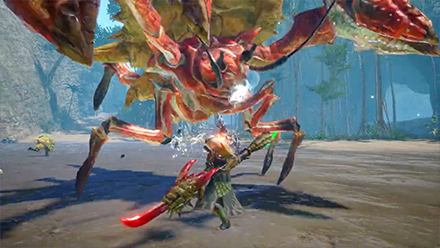 These little guys are the child version of Daimyo Hermitaur. However, in previous games, they didn't follow the Daimyo Hermitaur around and fight with it, unlike Izuchis and Great Izuchis.

Can Charge You During Fights

Be careful around Hermitaur! They can knock you on your butt during fights with large monsters, much like Bullfango. This can lead to you carting, so be mindful!

Found at the Jungle and Shrine Ruins 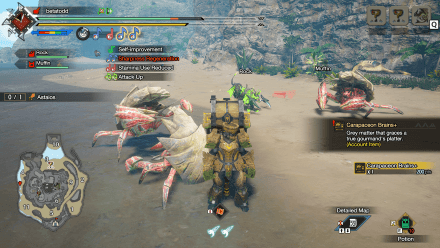 In the demo, Hermitaur can be spotted at the coastal areas of the Jungle. Their entry in the Hunter Notes says they can also be found in the Shrine Ruins.

In order for us to make the best articles possible, share your corrections, opinions, and thoughts about 「Sunbreak Hermitaur: Drops and Basic Information | Monster Hunter Rise」 with us!