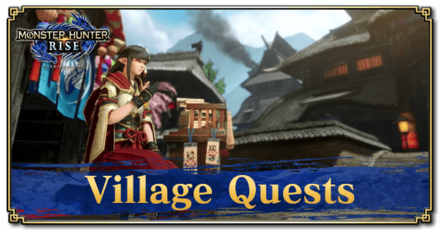 This is an guide to village quests in Monster Hunter Rise (MHRise). Follow our guides to learn how to complete each Village Quest in the game, and which Key Quests are required to unlock the Urgent Village Quests!

Are There Village Quests in Sunbreak?

No Village Quests in Sunbreak

The Sunbreak DLC features no Village Quest and Hub Quest distinction, instead unifying the main story Quests under the Hub Quests banner, and adding new Follower Quests for a optional single player experience.

Everything You Need To Know About Sunbreak

Village Quests are available in single-player only

In Monster Hunter Rise, quests are divided into Village Quests and Hub Quests.

Village quests are solo-only. If you're looking to get into the multiplayer aspect of Monster Hunter Rise right away, it's possible to jump right into the Hub Quests instead!

Village Quests are Easier than that of Past Games 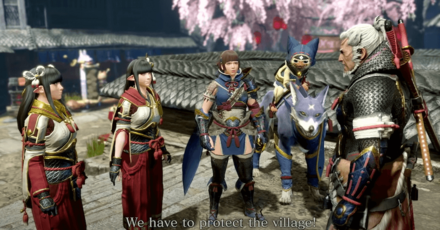 There are Urgent Quests that you have to finish to unlock higher-level quests. These Urgent Quests are unlocked by completing a certain number of Key Quests, a specific subset of Village Quests marked with a red diamond.

Are There ★7 Village Quests?

Village Quests only go up to ★6

In order to truly progress, players will need to play the Hub Quests to fight the final boss and truly finish the game. After finishing the Village Quests, players can get a headstart on the Hub Quests by completing the Special License Quests to skip Hub levels.

In past Monster Hunter games, hidden quests called Advanced quests can be unlocked by clearing conditions after the story. These quests have very high difficulty and are considered village quests so they can only be done solo!

The first Advanced Village Quest arrived in Monster Hunter Rise with the introduction of Advanced: The Veterans' Gala in Update 2.0, unlocked by clearing all other Village Quests! 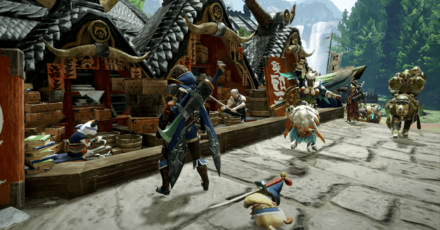 In the past Monster Hunter games, upgrade quests are village quests that upgrade village facilities to help the hunter. Facilities like the Canteen will have more ingredients and the Farm will allow you to grow more items!

In order for us to make the best articles possible, share your corrections, opinions, and thoughts about 「Village Quest Guide and List of Key Quests | Monster Hunter Rise: Sunbreak」 with us!