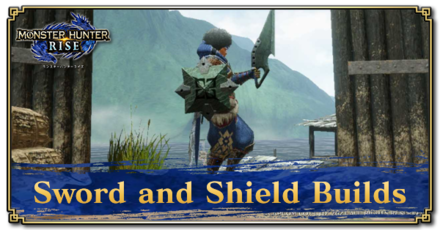 
This is a developing guide for Best Sword and Shield Builds & Equipment. If you have any suggestions or additional information, please comment them below!

Flash in the Night remains as the best End Game Sword and Shield weapon. Its high affinity and blue sharpness makes it the best SnS to equip for the game's current end game content.

With the Flash in the Night together with Weakness Exploit and Latent Power, you can easily reach 100% affinity. This is further amplified with Critical boost and with max slugger, you'll also be able to stun monsters with Shield Bashes. An optimized damage dealing set that can deal stun damage as well!

Nargacuga's Flash in the Night is highly recommended

Flash in the Night is a great rarity 6 weapon that has a white sharpness and 30% affinity. To top it off, it has a base attack stat of 180 making it the best raw Sword and Shield you can craft at this stage of the game.

This set build utilizes damage boosting skills like Attack Boost, Critical Eye, and Weakness Exploit. If Latent Power and Weakness Exploit are both applied, this build can easily reach 100% affinity. This is a decent affinity build you can use for the late stages of the game. Slugger is also added for the Sliding Dash -> Falling Bash combo so do give this build a try!

How to Use the Melding Pot and Success Rates

Princess Rapier 1 Is a Decent Poison Sword and Shield

There aren't many great Sword and Shields at 4 to 5 star hub quests. With the Princess Rapier 1, you'll be able to get a poison attribute for your weapon which can deal decent DPS to the enemy Large Monster while having a base attack stat of 180.

This set build utilizes the Critical Eye's potential and is coupled by a level 4 attack boost for some raw damage. It's a great setup to carry you to the next ranks in the Hub Quest.

Sinister Sword I is a Blast-Powered All-Rounder 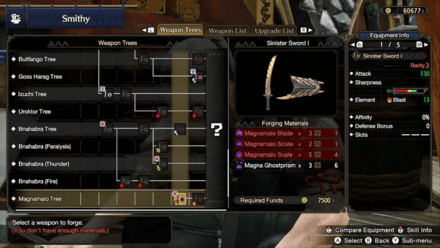 Magnamalo's Sinister Sword I has great stats across the board and has Blast, making it a great weapon for most hunts at this stage of the game. 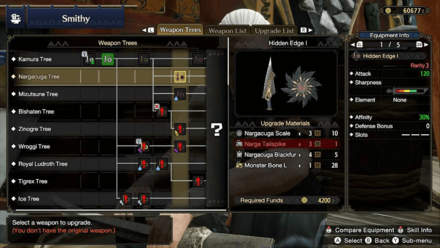 Nargacuga's Hidden Edge I is a great choice for Sword and Shield.

Although its Attack is a modest 120, it has a long bar of Green Sharpness and a high Affinity of 30%. As Sword and Shield frequently executes multi-hit attacks, its sharpness will wear down quickly, making a weapon with a solid degree of Green Sharpness highly coveted for the midgame.

Studded Club I is a Raw Damage monster! 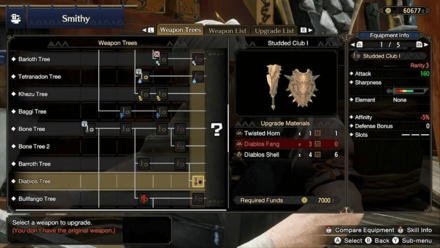 Diablos' Studded Club I offers high base damage (160) and a generous green sharpness bar at the minor cost of -5% affinity. Consider crafting this raw damage monster if you're looking for an all-purpose Sword and Shield.

Catered to those who prefer to block with the Sword and Shield, this particular armor combination ensures minimal knock back, chip damage, and stamina cost when blocking most attacks!

This relatively straight-forward armor combination prioritizes pumping as much Affinity as possible. It's also important to note that this set synergizes well with all of the Sword and Shields listed above. 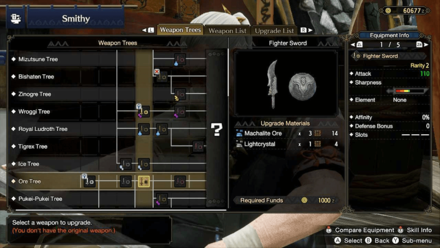 The Fighter Sword offers solid stats against the monsters on the first two hunter ranks. Consider investing in the Sword and Shield's Ore Tree to eventually get this weapon.

Pukei Sword I is a Great All-Rounder 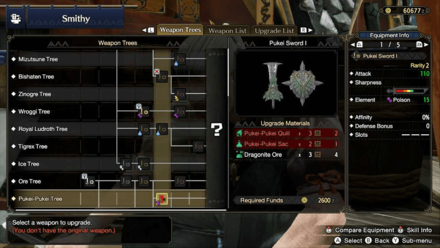 Pukei Sword I boasts great stats at this stage of the game with the added benefit of having Poison ailment. These factors make this particular Sword and Shield an excellent choice for almost all hunts in the early game.

At this stage in the game, the default Armor is sufficient for the Sword and Shield, but the following are our recommendations if you do decide to upgrade.

Consider going for the full Barroth Set if you prefer a more defensive build for the early game.

Recommended Skills for Sword and Shield

Register as a member and get all the information you want. (It's free!)
Login
Opinions about an article or post go here.
Opinions about an article or post
We at Game8 thank you for your support.
In order for us to make the best articles possible, share your corrections, opinions, and thoughts about "Sword and Shield Builds and Best Equipment | Monster Hunter Rise" with us!
When reporting a problem, please be as specific as possible in providing details such as what conditions the problem occurred under and what kind of effects it had.