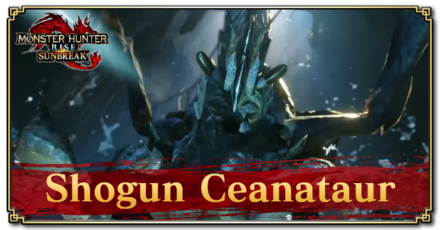 How to Unlock Shogun Ceanataur 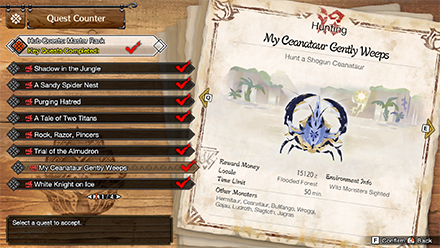 Shogun Ceanataur is unlocked by completing the Urgent Quest A Rocky Rampage and reaching MR 3 in the Sunbreak expansion. 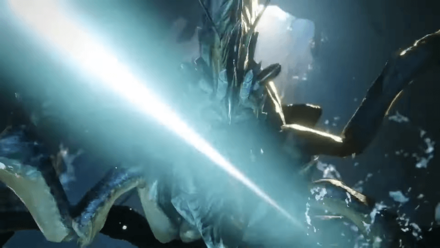 Shogun Ceanataur change up the way they fight depending on the shell they wear. Breaking the shell exposes the weak point, so focus your attention there. However, Shogun Ceanataur wield claws that can attack a wide area. Prioritize breaking the claws to reduce their threat.

How to Beat Shogun Ceanataur

Shogun Ceanataur primarily inflicts the bleed status when it attacks with its long, sharp claws. Bleed fills out a meter that if kept uncheck, will deal extra damage on the next received attack.

Heal the bleed status by crouching for a short time or eating Sushifish.

Sushifish Location: How to Get and Uses

Aside from Bleed, Shogun Ceanataur also inflicts Waterblight by ejecting a jet of water from its back. Take some Nulberries to cure Waterblight.

It is very easy to topple Shogun Ceanataur so always go into the offensive to maximize the time it is down. It won't come easy though, as the monster will also go all out on you!

Attack After the Claw Impaling Move

Break the Shell for Another Weakpoint

Your attacks may not be as effective as they should when hitting the shell on its back but hit it enough and it will break - exposing a weak point that you can exploit afterwards!

It burrows on the ground after a while though and it will re-emerge with a brand new shell so try to be super aggressive before that!

Shogun Ceanatur will use its long, sharp claws to inflict pain and make Hunters bleed. Know what some of the most common moves look like so you would know how to deal with them.

In order for us to make the best articles possible, share your corrections, opinions, and thoughts about 「Sunbreak Shogun Ceanataur: Weakness and Drops | Monster Hunter Rise」 with us!