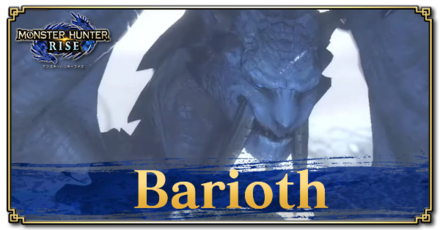 This is a hunting guide for Barioth, a Large Monster in Monster Hunter Rise (MH Rise) and the Sunbreak DLC. Read on to learn Barioth's weaknesses, forgeable weapons and armor, drops, and attack patterns for Master Rank!

How to Unlock Barioth 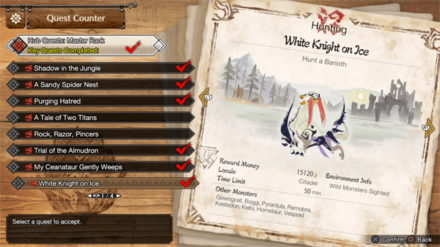 MR Barioth is unlocked by completing the Urgent Quest A Rocky Rampage and reaching MR 3 in the Sunbreak expansion. 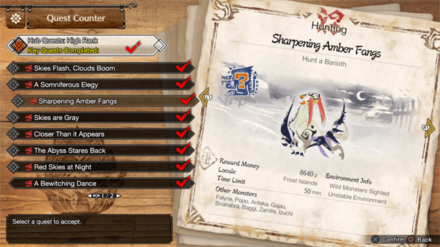 High Rank Barioth is unlocked by completing the Urgent Quest A Bewitching Dance and reaching HR 6. 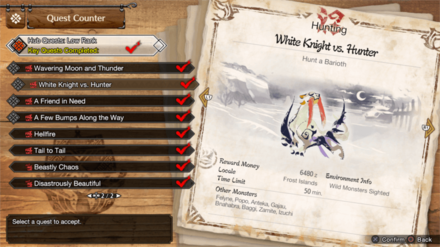 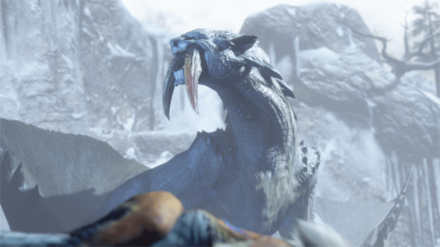 Destroy the spikes on its winged forelegs and it won't be as zippy on the ice anymore! If you really want to slow a Barioth down, aim at those spikes.

How to Beat Barioth

Barioth is most vulnerable to the Fire element. Bring weapons with this particular element to take advantage of its weakness and make the fight less challenging.

In addition to the Fire element, Barioth is also generally weaker to blunt damage. Due to this, we recommend bringing Hammers, Hunting Horns, and other weapons with blunt damage moves when fighting Barioth.

Barioth's Ice Breath Twister and Tail Whip inflict Iceblight on anyone they hit, drastically slowing their Wirebug regeneration. You can negate this effect using Nulberries so make sure you bring a full stack into the hunt!

To mitigate Barioth's mobility and weaken some of its attacks, prioritize breaking Barioth's forelegs and tail. Breaking its forelegs can cause Barioth to slip off-balance after performing any of its Leap Attacks, while severing its tail reduces the effective range of its Tail Whip.

Barioth is a fast monster and can easily reach far away hunters with its Leap Attacks and Ice Breath. Prepare to evade or guard at all times and avoid overcommitting attacks to prevent yourself from being overwhelmed by this monster.

In addition to its attacks in Low and High Rank quests, Barioth uses the following new attack in Master Rank.

Barioth is an extremely mobile monster that can attack hunters from any angle and distance. Its leap attacks are arguably on par, if not better, than Nargacuga's. There are four variations of this attack.

In order for us to make the best articles possible, share your corrections, opinions, and thoughts about 「Sunbreak Barioth: Weakness and Drops | Monster Hunter Rise」 with us!