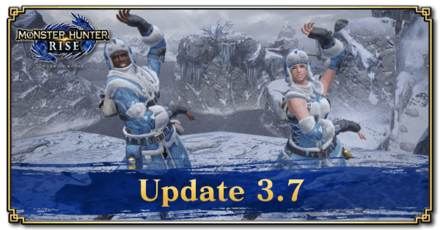 This is a guide for Update 3.7, the December 2021 to January 2022 Update of Monster Hunter Rise (MH Rise). Check here for its latest information, including its release date, details about the Universal Studios Japan Collaboration Event, Event Quests, Patch Notes and more!

Update 3.7 was rolled out early on December 20, 2021, just before the holidays. The Universal Studios Japan (USJ) x MH Rise Collab will be released on January 21, 2022 on Switch, and late February on PC. 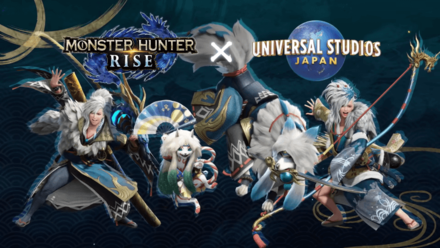 Take on two collab quests—USJ - Arzuros Onslaught! and the USJ - Shrine Showdown!—starting January 21st, 2022 to get Azure Era Seals and Azure Era Gems, items needed to unlock the armor sets and weapons below. This event will be available for PC around late February 2022. 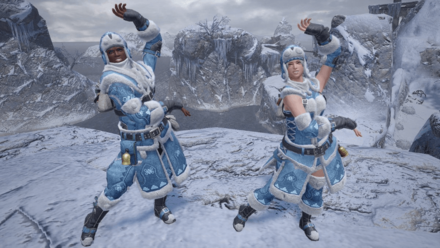 While waiting for the USJ set, Monster Hunter Rise also teased us with the comeback of the Orion Layered Armor set! We can unlock the materials needed for this set starting December 31st 2021 after completing the event quest: Frost Bites. 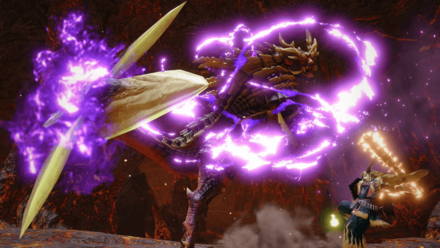 New event quests, as per usual, will be added every week during the last weeks December 2021 to January 2022, which more often than not have unique rewards. These quests are released weekly every Friday, 12AM GMT+00 so stay tuned!

Along with weekly event quests, they might be preparing a special surprise along with the PC release. Keep your eyes peeled! 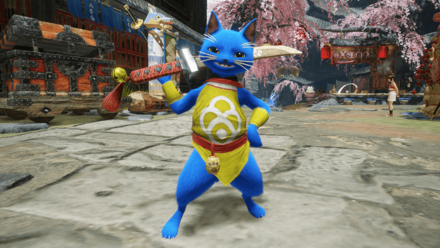 MEOW LIMIT! was made available for hire through Iori the Buddy Handler under the Hire a Special Buddy option. It is available to claim starting January 21, 2022. Don't forget to claim MEOW LIMIT! from Senri the Mailman first!

MEOW LIMIT! is great for hunters who are looking for the perfect healer Palico, with all of its moves being of the healing-type. All of its skills are also extremely defensive, so if you're looking to beef up your defenses, MEOW LIMIT! is a great candidate!

Both Buddies are now available for hire through the Buddy Handler under Hire a Special Buddy option. These Buddies were released on December 24, 2021.

Do not let MHC Palamute slip by your radar. If you level it up and unlock all its skills and memory slots, you can easily turn it into an offense-focused Palamute with skills such Attack Up (S), Attack Up (L), and Elemental Attack Up.

Yasu is easily the frontrunner for a fight-type Palico, its skills and equipped moves, once unlocked, make a great offense-focused Palico much like MHC Palamute. 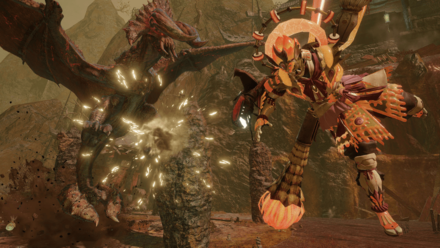 This is definitely a tough one. Not only that you have to defeat 3 Apex Monsters, but you will have to slay them using a pre-built set! Think you can face an Apex Zinogre, an Apex Mizutsune and an Apex Diablos? Then go get 'em, starting December 24, 2021! 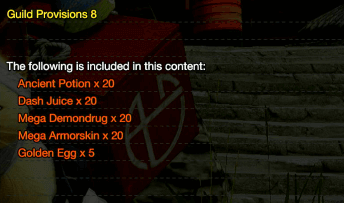 Do not miss these additional gifts from the Monster Hunter Rise team! Selling the five Golden Eggs could yield upto 100,000 zennies. That's easy money for you! 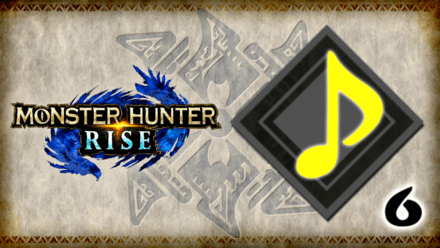 Post (0 Comments)
Opinions about an article or post go here.
Opinions about an article or post
We at Game8 thank you for your support.
In order for us to make the best articles possible, share your corrections, opinions, and thoughts about "Update 3.7: Universal Studios Japan (USJ) Collab and Event Quests | Monster Hunter Rise" with us!
When reporting a problem, please be as specific as possible in providing details such as what conditions the problem occurred under and what kind of effects it had.