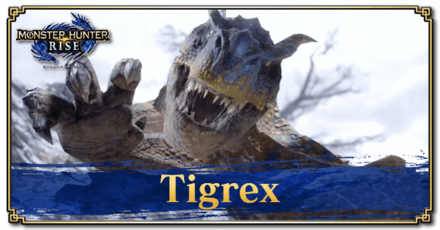 This is a hunting guide for Tigrex, a Large Monster in Monster Hunter Rise (MH Rise) and the Sunbreak DLC. Read on to learn Tigrex's weaknesses, forgeable weapons and armor, drops, and attack patterns for Master Rank!

How to Unlock Tigrex 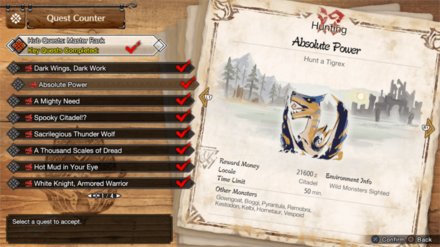 MR Tigrex is unlocked by reaching M★4 and completing the Urgent Quest A Slumbering Jungle Espinas and in the Sunbreak expansion. 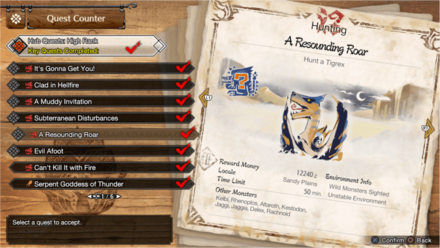 High Rank Tigrex is unlocked by completing the Urgent Quest Can't Kill It with Fire and reaching HR 7. 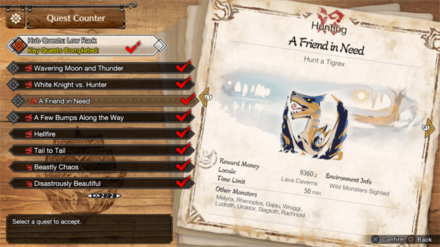 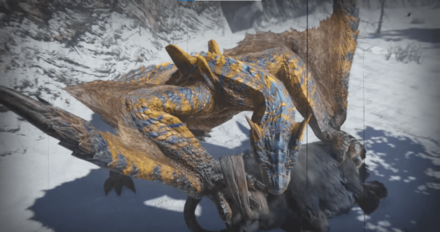 The Tigrex's charge is swift, vicious, and far-reaching. During the hunt, keep to its side to stay outside its range; let it keep charging and eventually it will tire and slow down, opening itself up to your counterattack.

How to Beat Tigrex

We recommend anticipating Tigrex's roars and parrying or dodging through them. Doing this leaves Tigrex vulnerable for the rest of its roar animation, giving you a window of opportunity to deal easy damage.

To mitigate Tigrex's high mobility, prioritize breaking its forelegs. Doing this will reduce the speed of its Tigrex Rush and adds a chance for it to trip whenever it performs the attack.

Breaking Tigrex's forelegs will also knock it over, giving you ample time to deal heavy damage.

As with most Flying Wyverns, cutting Tigrex's tail reduces the effective range of its tail attacks, making the hunt easier overall.

Staying behind Tigrex's wings and forelegs will allow you to easily avoid most of its attacks, allowing you to spend more time dealing damage instead of dodging.

Hunters can use walls and pillars in the environment to their advantage by baiting Tigrex into charging at them, causing the monster to get stuck. Using environmental traps such as these can create large openings that hunters can use to deal massive damage to Tigrex.

Use Quicksand in Sandy Plains

When destroyed, the pillars in the Sandy Plains uncover quicksand pits. These quicksand pits act like Pitfall Traps, making them great environmental traps to take advantage of when Tigrex performs its charging attacks.

In addition to its attacks in Low and High Rank quests, Tigrex uses the following attacks in Master Rank.

Tigrex can use its long tail to deal damage and knock unsuspecting hunters down.

Tigrex uses its massive jaw to bite anyone directly in front of it. These attacks deal heavy damage and can knock you off your feet — Always be mindful of your positioning!

In order for us to make the best articles possible, share your corrections, opinions, and thoughts about 「Sunbreak Tigrex: Weakness and Drops | Monster Hunter Rise」 with us!