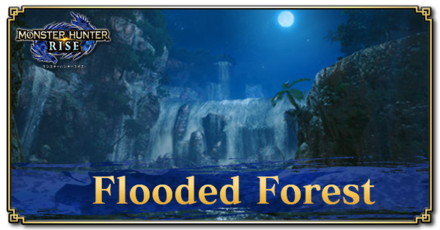 This is a guide and map for the Flooded Forest locale in Monster Hunter Rise (MH Rise). Learn what materials can be found here at each mining and gathering location, and the locations of all sub-camps and relic records!

Recommended for Ore Farming for Money

The Flooded Forest is a recommended map to farm ore for money. You can collect expensive ore like Novacrystal here, so farming money here during Expedition Tours will be profitable.

How to Farm Zenny (Money)

Wroggi Locations in the Flooded Forest

All Flooded Forest Buddy Recon Points are unlocked automatically as soon as the feature is available. Note that Buddy Recon is only available with the Sunbreak DLC.

Shortcut From Main Camp to Area 13 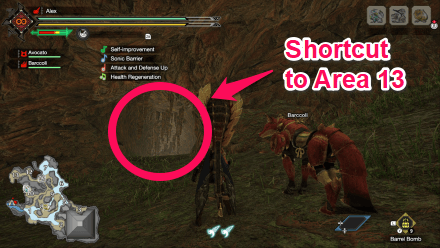 On the left side of the main camp, on top of your tent, there's a shortcut that leads you directly to Area 13. There's also a Relic Record in the middle of the shortcut, so snatch it up if you haven't yet!
Jump to Relic Records in Flooded Forest

Use the Great Wirebug in the Base Camp 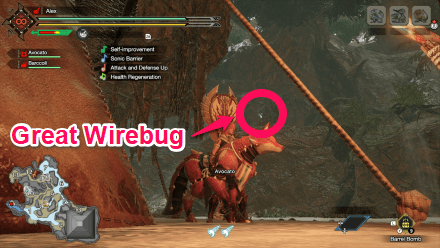 On the cliff on the right side of the Main, there are Jewel Lilies that you can put a Great Wirebug into. It will launch you directly in front of the shortcut, so make sure to use it to make it more convenient to head there!
How to Get and Use Great Wirebug

How to Enter the Flooded Forest Pyramid 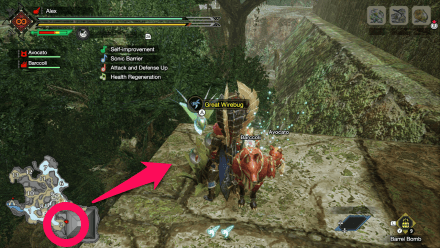 When scaling the pyramid, it's recommended to use the Great Wirebug located at the west side of the pyramid. It only launches you up to the middle part of the pyarmid, but at least you don't have to wallrun all the way up! 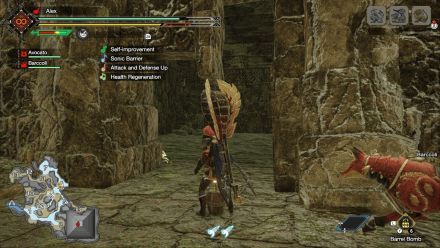 When you get to the very top, there's a crumbling wall that you can definitely open up with Barrel Bombs. You'll need to use two Barrel Bombs, but it's also possible to open it with one Large Barrel Bomb.

There's also a Relic Record in the room that you can enter from the south side of the pyramid, so don't forget to get it! 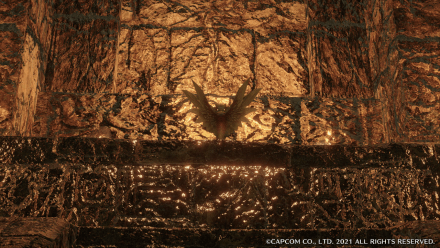 On the east side of the pyramid in the Flooded Forest, there's a room that you can enter where the Quetzalcobra randomly appears in during daytime.
How to Find Quetzalcobra 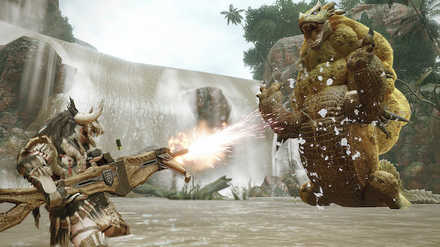 The Flooded Forest, true to its name, have areas which are submerged underwater. Because of this, a lot of aquatic monsters like the Somnacanth and Royal Ludroth can appear here.

Using the Endemic Life to Fight

You can use the Giganha to your advantage. You can summon them with EZ Meat Bait that is only available in the Flooded Forest item box near main camp.

In order for us to make the best articles possible, share your corrections, opinions, and thoughts about 「Flooded Forest Map and Sub-Camp Locations | Monster Hunter Rise | MHR (MH Rise)」 with us!