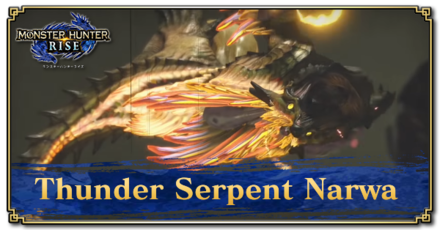 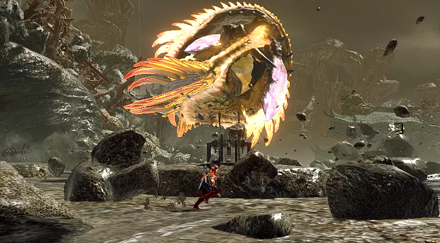 Attacking its thundersacs that have stored energy will cause them to discharge, grounding the beast. Those on its underside are its weakest, provided you can time an attack for when they aren't blocked by its fins. If you're crafty, you can even use the levitating terrain to your advantage.

The trick to knocking Narwa down is making sure you deal as much damage as possible — whenever possible! You don't necessarily have to use Hammers and Hunting Horns to knock this monster down. As long as you deal enough damage, it will drop and give you ample windows to dish out all of your heavy attacks.

Several times through the encounter Narwa will raise several stone platforms. Some of these platforms will hold Ballistae, Cannons, or Machine Cannons.

The platforms will only be up for a short time but deal tons of damage to Narwa. Doing enough damage with the artillery can stun Narwa allowing you to attack its weak points directly

Narwa's thundersac eminates a greenish glow after performing specific attacks. This signifies that the hits towards the thundersac deal increased damage — Use this to your advantage to finish the hunt as fast as possible!

Stun Narwa While She Charges Her Divine Ire 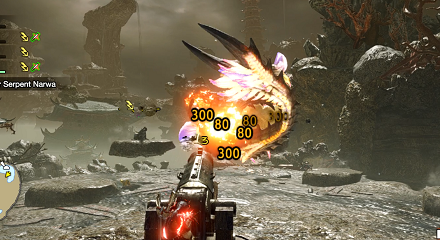 The start of Narwa's Divine Ire leaves her exposed to a maximum of four cannons in specific platforms around the area. Use these to your advantage and knock Narwa out of the sky to prevent her ultimate attack! 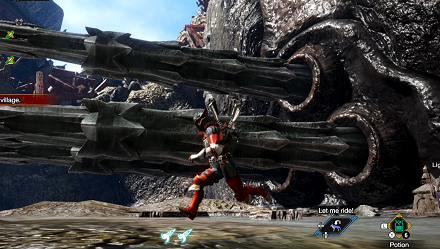 The wall of rock beneath the Coral Palace is equipped with a huge Dragonator that will deal heavy damage. The range is long enough to reach Narwa if its in the center of the of the field. 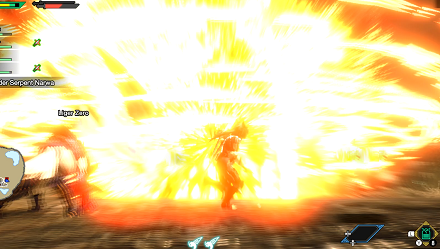 The Coral Palace field also comes equipped with a Spitting Wyvernshot just like in Rampage Quests. You can either use as soon as possible to deal massive damage or save it for when she starts channeling her Divine Ire.

Narwa can conjure lightning coils in a variety of attacks and patterns. These attacks deal high damage and inflict Thunderblight — Bring Nulberries and dodge these deadly rings as much as possible!

Narwa can use her massive tail to deal high damage to her targets.

Narwa can use her massive maw to unleash large beams that deal incredibly high damage in a very large area and inflict Thunderblight.

Narwa fires multiple beams from its Thundersac that will spread out in a wide cone, similar to Rakna-Kadaki's web spray but inflicts Thunderblight instead.

Narwa unleashes a flurry of Lightning Coils and Spires that go through platforms. It is important to note that some platforms have installations on them, use these to deal damage while Narwa channels her attack.

Narwa corkscrews in the air, travelling a great distance and potentially knocking anyone down in her path.

Narwa coils up in the center of the area, spawning high platforms with cannons on them. Once she finishes her charge, Narwa will proceed with her two-step ultimate combo that can easily knock hunters out. See the full breakdown of her ultimate below.

In order for us to make the best articles possible, share your corrections, opinions, and thoughts about 「Sunbreak Thunder Serpent Narwa: Weakness and Drops | Monster Hunter Rise」 with us!