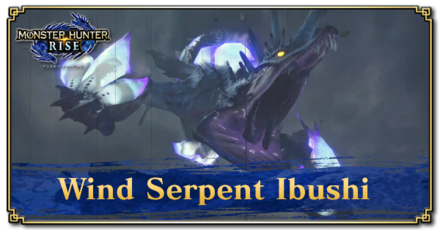 How to Unlock Wind Serpent Ibushi 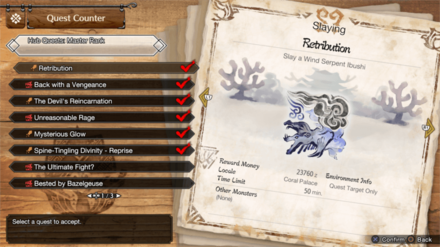 MR Wind Serpent Ibushi is unlocked by reaching MR 20 after defeating Gaismagorm in the Sunbreak expansion. Doing both of these unlocks the Urgent Quest Retribution, which allows you to fight it at the Coral Palace.

After completing its Urgent Quest, it will appear as a regular quest in the M★6 Quest Pool. 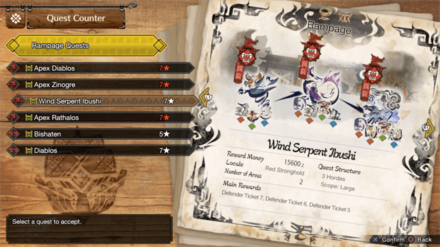 Note that this Urgent Quest is a Rampage Quest and not a regular hunt, so prepare to face multiple waves of Large Monsters before fighting Ibushi. 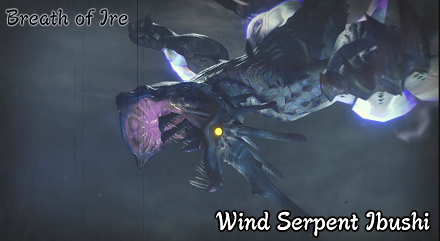 It possesses special organs called windsacs that store the gas it uses to float, and can be seen on its back, and tail. They are very delicate, and injuring them could open up a prime opportunity to attack.

How to Beat Wind Serpent Ibushi

Take Advantage of the Counter Signal 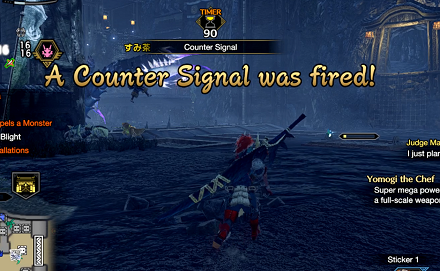 Ibushi isn't as directly aggressive compared to Apex Arzuros or Apex Rathian and due to its size its weak points are easily hit. This makes dealing tons of damage with the Counter Signal boost quite easy and should be taken advantage of as much as possible.

As with all Rampage Quests, using the Dragonators and Splitting Wyvernshot will deal massive damage to all monsters caught in their range. Always use them to your advantage!

Use Artillery During Boulder Smash

Ibushi's Boulder Smash is a devastating attack towards the gate that can cause your hunt to fail if left unchecked. Hop on a machine cannon, ballista, or cannon and blast the boulders away to mitigate its damage.

Alternatively, it is possible to knock Ibushi down to the ground by straight-up shooting it with the installations — This mostly works with a full squad though.

The Splitting Wyvernshot (and Dragonator depending on the area layout) can be used during this time in solo play to knock Ibushi down as well, but only if enough damage was dealt prior to the start of the attack.

Ibushi's Updrafts offer much needed mobility during the hunt when used correctly. Use them to land your heavy-hitting aerial attacks or when you need to get to somewhere else quicker!

Use the Power Kiln to Reduce Installation Cooldowns 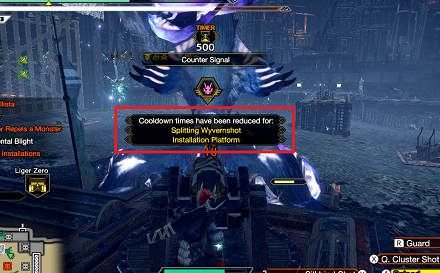 It’s easy to get two multiple uses of the Splitting Wyvernshot and Dragonator, especially in multiplayer.

Be sure to use the Power Kilns at the second area to start reducing the cooldown while your other teammates keep Ibushi busy.

In addition to its attacks in High Rank quests, Wind Serpent Ibushi uses the following attacks in Master Rank.

Ibushi can use its long tail to attack hunters in a variety of ways.

Ibushi uses its massive maw to bite hunters within range. See the possible patterns below:

In order for us to make the best articles possible, share your corrections, opinions, and thoughts about 「Sunbreak Wind Serpent Ibushi: Weakness and Drops | Monster Hunter Rise」 with us!