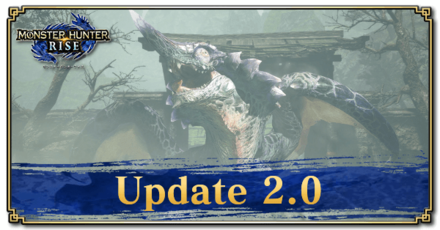 This is a guide to Free Title Update 2.0 launching on April 28 (Version 2.0.0) for Monster Hunter Rise (MH Rise). Check here for the Update 2.0 Patch Notes including the release date and time, new Apex Monsters and Elder Dragons, Layered Armor, new DLC, and more! 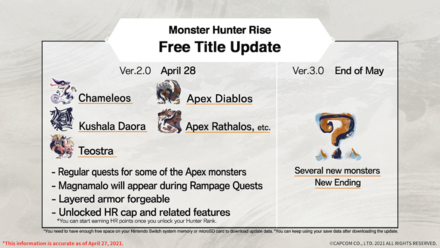 Update 2.0 arrived on April 28th at 12am UTC, just 10 hours after the April 27th Livestream!
In addition, Update 3.0 was confirmed as well for a release date at the end of May.

April 27th Digital Event: Livestream Coverage and Everything We Learned 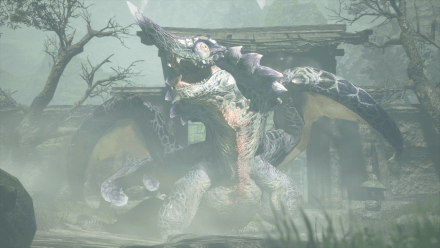 Check out our hunt guide for Chameleos for more information!
How to Beat Chameleos 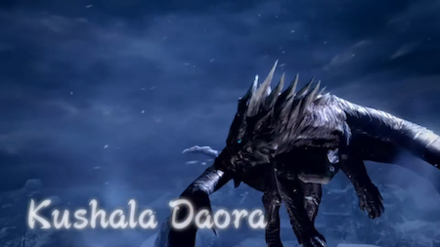 Kushala Daora has been confirmed! Hunters get ready to battle even more harsh winds as the Steel Dragon returns! 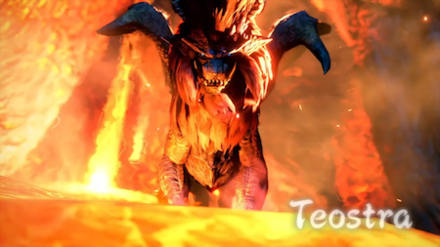 The King of Flames, Teostra, has also been confirmed to be returning in Monster Hunter rise!

Check out our hunt guide for Teostra for more information!
How to Beat Teostra 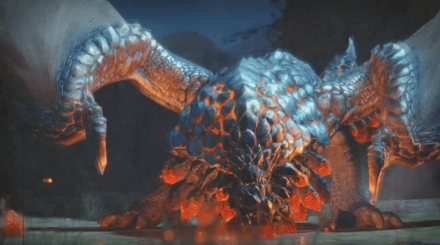 Turf wars are about to get even more turbulent as the mad bomber, Bazelgeuse returns in Update 2.0!

Check out our hunt guide for Bazelgeuse for more information!
How to Beat Bazelgeuse 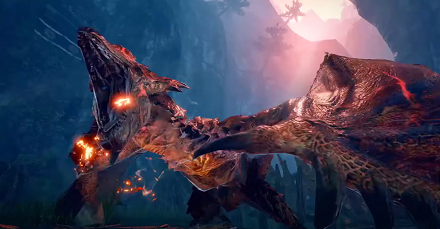 Apex Rathalos has also been confirmed as the next unique Apex Monster for the Rampage. 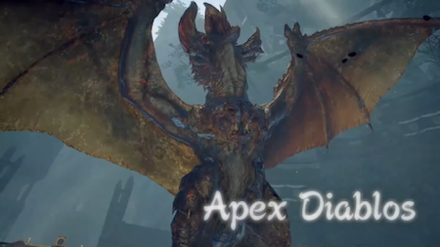 Prepare your shields and Sonic Bombs as Apex Diablos makes its way towards Kamura Village! 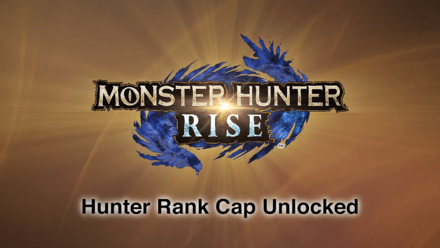 As of Update 2.0, hunters now have the ability to unlock their Hunter Rank beyond HR 7 depending on their progress in the Hub Quests. Once the cap is unlocked, hunters will earn Hunter Rank Points every time they complete quests.

After progressing through each Hunter Rank Cap, the cap will be completely lifted and players can go all the way to HR 999! There are several quests that are locked behind Hunter Rank, so get grinding and max out your HR!

How to Unlock HR Caps and Farm HR

Here are the new weapons and armor that have been confirmed in Update 2.0.0:

▲ The Brigade S Set has been completed with the three previously missing pieces in Version 1. 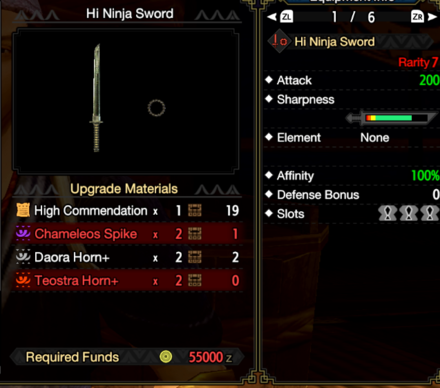 Upon breaking the Hunter Rank cap and completing the Request, Kagero's Trial to capture a High Rank Magnamalo, players gain the ability to craft the Guild Tree for Sword and Shield, consisting of the Ninja Sword I and Hi Ninja Sword.

As the first weapon in the game with 100% Affinity, it is guaranteed to deal an extra 25% damage on each hit due to its 100% chance of critical hits. To learn more about Affinity, check out our guide on how Affinity works.

Although the Request itself isn't hard, players will have to reach HR 40 and hunt Teostra before they can obtain all the required Materials to craft it.

Ninja Sword Build and How to Craft 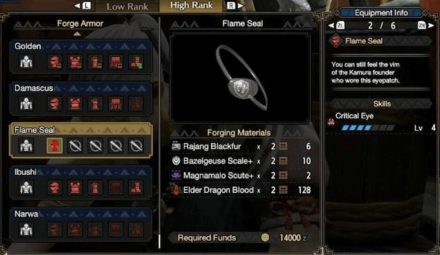 Players who complete all Village Quests from ★1 to ★6 are able to challenge the Advanced Village Quest, Advanced: The Veterans' Gala and face off against Rajang, Bazelgeuse, and Magnamalo.

Clearing this Quest allows crafting of the Flame Seal, a single Head Armor Piece which grants the Critical Eye Skill at level 4!

How to Unlock and Craft the Flame Seal Armor 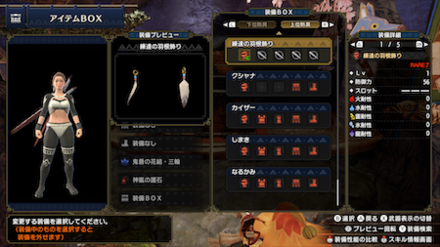 A new Headpiece with an exclusive Skill, Carving Master, players can earn the Feather of Mastery by clearing all six Arena Quests with all five weapons available for each.

Rank and time completion is not a factor, so simply taking the time to complete all the Arena Quests with all five weapons available for each will earn you this coveted headpiece. Carving Master allows hunters to carve four (4) times instead of three (3) for every Monster, so don't sleep on it!

How to Unlock the Feather of Mastery

In addition to the full sets listed above, many existing trees have been expanded with new higher-powered Weapons using newly available Materials.

Update 2.0 also features new petalaces, items, and most exciting of all, decorations!

Of those added, the Tenderizer Jewel 2 with Weakness Exploit and Blast Jewel 2 with Blast Attack should prove to be highly coveted by players.

The Critical Jewel 2 with Critical Boost is a must for those who can obtain the Apex Blaze Sac needed to craft it from the Apex Rathalos Rampage or Solo Quest, ★7 The Fearsome Apex Rathalos.

A new type of Jewel called the Lazurite Jewel can be obtained from several ★7 Quests. They can be used to forge new decorations introduced here and amp up your hunter's potential!

Lazurite Jewel Location: How to Farm and Uses

Both Petalaces are new and is accessible by completing the new 7★ Hub Quests, A Blaze Among Beasts and May Fire Quell Fury, with the former unlocking the Absolute Petalace and the latter unlocking the Underworld Petalace.

Both of these Quests are available immediately upon unlocking the HR Cap and reaching HR8.

To partner the arrival of new Decorations and Armor Sets, new skills are now available at your arsenal to spice up your new end game gears! Below are all the new skills available and all the decos and armor that comes with it!

Teostra Blessing is a new skill that amplifies fire elemental attacks and blast build up. It also prevents poison and venom which makes it even better than poison resistance and at max level, it grants immunity to theft. Theft includes the Chameleos' spore stealing and the Melynx's attacks.

Chameleos Blessing grants a massive advantage vs enemies that rely on wind pressure since at level 2, it will negate minor and major wind pressure and at max level, it nullifies it completely. Damage wise, it can be helpful at level 3 since it grants poison an extended duration which means it can deal more damage in the long run. On a nice bonus, at level 1, it can grant a chance at increasing a Spiribird's effect so if you like gathering Spiribirds before fights, the Chameleos set may be for you!

Kushala Blessing grants bonus damage for water and ice attacks. On higher levels, it also allows hunters to heal past the recoverable damage on your health. At max level, it will completely nullify heat damage. It is still unknown what exactly does heat damage entail so stay tuned for more info!

Prevents sharpness loss when landing Critical hits. A great quality of life skill to have as it increases your DPS by preventing your sharpness but make sure that your current setup can land critical hits first before opting for this skill. It can also be equipped by having Mastery Jewel 2 on your armor pieces.

A Skill which allows players to carve 4 times instead of 3 for each Monster, provided they did not join mid-hunt. A great choice for farming Monster Materials, but with a high barrier to entry—players must clear all six Arena Quests with all five weapons available for each in order to unlock the Feather of Mastery, the sole Armor with this Skill. 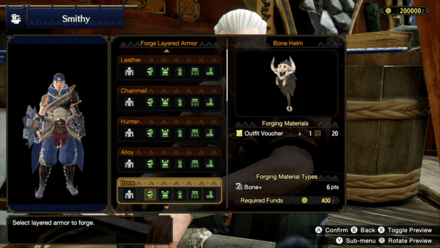 After uncapping HR, Hunters will be able to craft layered armor in order to hunt in style!
How to Forge Layered Armor

A new voucher called Outfit Vouchers can now be obtained from several 7 star quests. Nothing beats slaying monsters in style!

Outfit Voucher Location: How to Get and Uses 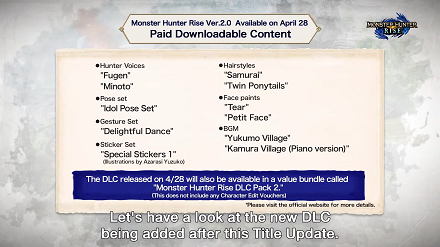 A new batch of DLC was also made on the Nintendo eShop following the April 28th Free Title Update. 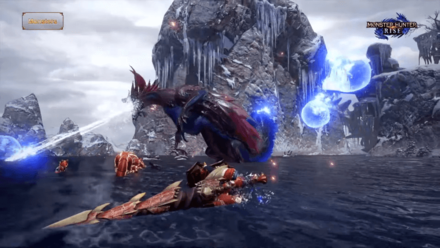 Finally, players are able to fight Apex Monsters outside of Rampages! Apex Arzuros, Apex Mizutsune, and Apex Rathian will have their own respective solo hunt quest while the newly introduced Apex Rathalos and Apex Diablos will be available in Rampages! 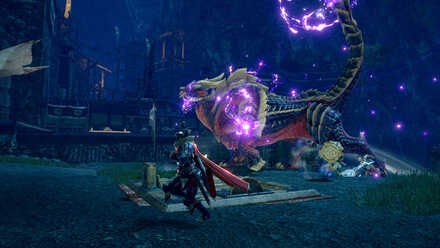 In addition to Apex Monsters joining in to standard Quests, new regular Monsters such as Magnamalo will join Rampage Quests as a Ruffian. Defeating Ruffians contribute to increasing your Stronghold Level so when they appear, focus on taking them down! 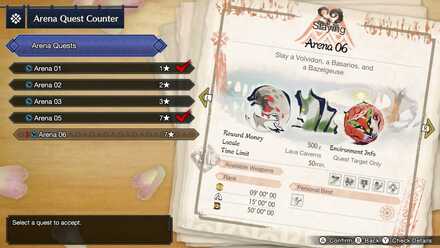 In addition to the current Arena Quests 1 through 5, additional Arena Quests with more than one Monster will be added. This includes the new Arena 06 Quest, where the new Bazelgeuse Coin can be obtained, used to craft three new pieces of Brigade S Armor.

How to Get and Use the Bazelgeuse Coin 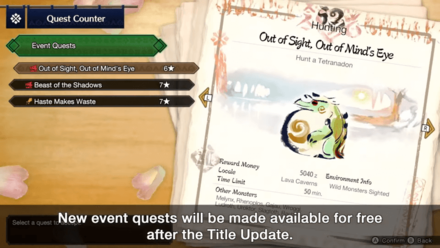 New Event Quests have been announced! Although Event Quests are still unavailable as of the release of Update 2.0, we're expecting that multiple new Event Quests will drop during May 2021, before Update 3.0 hits.

There are also going to be Event Quests that are going to give out exclusive new gestures, stickers, and maybe even armor pieces once you complete them, so we'll be looking out for those!

The Level Cap for Palicos and Palamutes is raised to 50 from the current 35 upon reaching HR 8.

Hope you've finished the current Awards already, as a new batch of Guild Card Awards is now available in Update 2.0!

For all those who were unhappy with their character's design, suffer no more! Character Edit Vouchers will be available to change your character's appearance.

They are listed to be available from the Nintendo eShop, and your first voucher is free to download. After that point, it's likely that Character Edit Vouchers will be available for purchase only.


We have confirmed a bug for some players when using the Melding Pot.
This will be fixed in Ver.2.0, which will release at the end of April.
Please note that the game was not designed to turn out the same specific Talismans based on your save data.
We apologize for the inconvenience, but please wait for the Ver. 2.0 patch.
Source: Monster Hunter Rise Official Site

According to the Patch Notes, the Melding Pot bug which can cause the same Talisman to be produced repeatedly when using the Wisp of Mystery melding method has been fixed in the 2.0 Update.

Players who have been having struggling with this issue can now meld away!

Be ready to clear out some space in your Nintendo Switch. Specifically, you should have 900 MB free on your Switch before downloading the patch. However, it is important to note that the required space is increased to 1.5 GB if this is your first time updating Monster Hunter Rise after purchasing it.

In order for us to make the best articles possible, share your corrections, opinions, and thoughts about 「Update 2.0 Guide: Patch Notes and New Monsters | Monster Hunter Rise | MHR (MH Rise)」 with us!