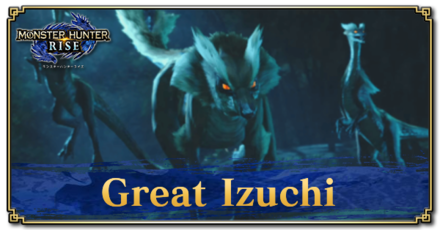 This is a hunting guide for Great Izuchi, a Large Monster in Monster Hunter Rise (MH Rise) and the Sunbreak DLC. Read on to learn Great Izuchi's weaknesses, forgeable weapons and armor, drops, and attack patterns for Master Rank! 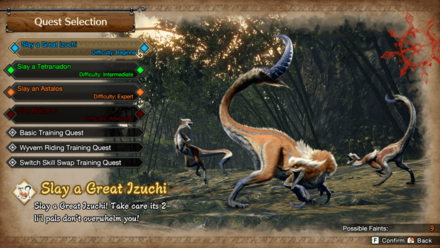 How to Unlock Great Izuchi 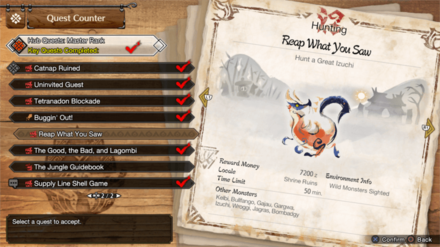 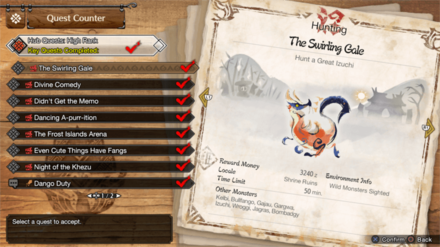 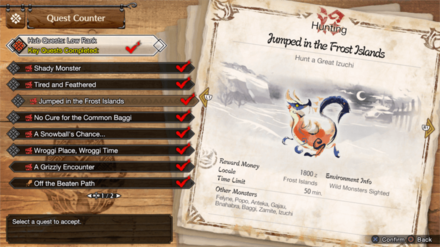 Low Rank Great Izuchi is unlocked from the start at HR 1.

Their razor-sharp tail attacks in combination with their synchronicity make them a force to be reckoned with. Take out their leader to send the herd into disarray and pick them off easily.

How to Beat Great Izuchi

However, note that these small Izuchis can respawn after a short while since the Great Izuchi occasionally lets out a summoning howl when it needs help.

Open to Attacks After Tail Slams

Great Izuchi's Tail Slam attack causes its tail to get stuck in the ground, leaving it vulnerable to attacks. Use this opportunity to land your strongest attacks and deal as much damage as possible to Great Izuchi!

Dealing enough damage to Great Izuchi and breaking its body parts will cause it to get knocked down. Use this opportunity to deal as much damage as possible before it recovers.

Great Izuchi does not get any new attacks in Master Rank. However, it tends to perform its Tail Slam and Hanging Tail Slam more often, so prepare to deal with these two attacks constantly throughout the hunt.

In order for us to make the best articles possible, share your corrections, opinions, and thoughts about 「Sunbreak Great Izuchi: Weakness and Drops | Monster Hunter Rise」 with us!