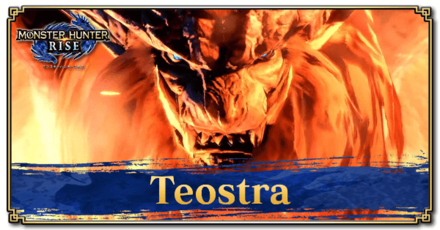 This is a hunting guide for Teostra, a Large Monster in Monster Hunter Rise (MH Rise) and the Sunbreak DLC. Read on to learn Teostra's weaknesses, forgeable weapons, forgeable armor, drops, and attack patterns for Master Rank! 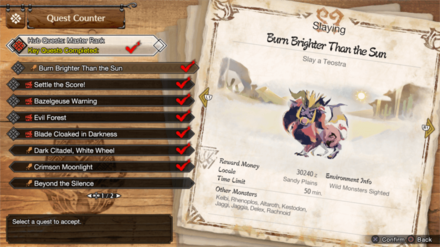 MR Teostra is unlocked by reaching M★5 and completing the Quest Dark Citadel, White Wheel in the Sunbreak expansion. 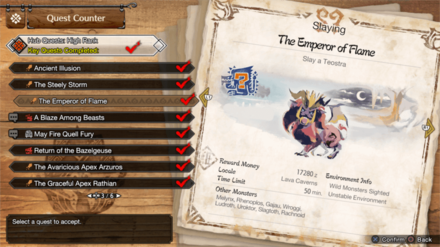 Teostra is unlocked by reaching HR 40 after defeating Kushala Daora, where the Urgent Quest The Emperor of Flame will appear. 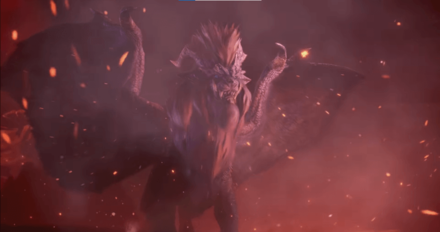 The black scale dust a Teostra scatters will spread over a wide area until it finally explodes; however reports claim that damaging the elder dragon's head can prevent the larger explosions. Push on the attack when it's fully enveloped in flames or scale dust to stun it, suppressing whichever it was accumulating.

Get as Far Away as Possible During Supernova

Teostra's Supernova can cart any hunter caught in the radius so we suggest rolling or Wiredashing until you are away from Teostra. You may also opt to execute an emergency evade if you think that it is too late to get away!

The radius of the Supernova decreases when you break Teostra's horn. This gives you an easier time trying to get away from Teostra once it explodes in a Supernova! 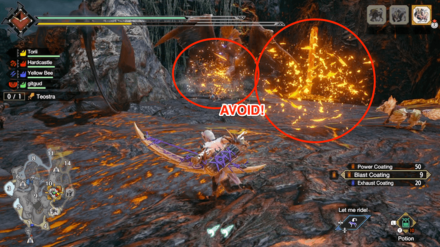 The blast orbs scattered by Teostra are where all explosions happen. Avoid these areas because Teostra can ignite them anytime!

Teostra has different armor states in Monster Hunter Rise (MH Rise) and can give Teostra different characteristics. He can enter both armor stages at any point in the hunt - Teostra can even enter the Super Flame Armor State from the start! 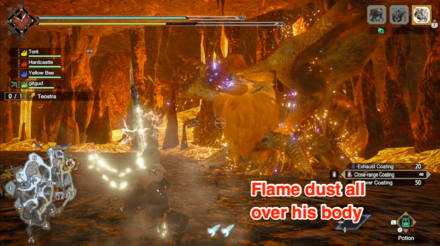 Characterized by dust forming on the body of Teostra, this is the second-level armor state where most of Teostra's move can cause an explosion. Be extra careful because Teostra is very aggressive and volatile in this state! 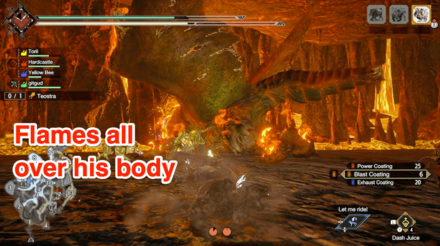 This highest Teostra armor state is characterized by flames hovering all over Teostra's body. While in this state, ranged attacks on its body and wings will be nullified - save for the head. It is in this state that Teostra can use the Supernova at any time so get ready!

When in Super Flame Armor State, ranged attacks from Bows, Heavy Bowguns, and Light Bowguns have no effect on Teostra's body. If you're a ranged hunter, aim for the head while in this state!

Beware of the Passive Heat Damage 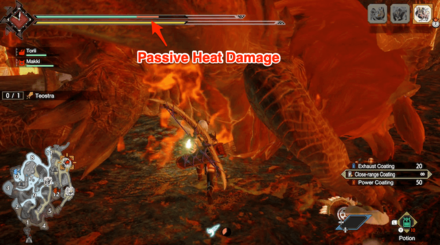 When Teostra is in the Super Flame Armor State, any hunter near it will experience passive heat damage denoted by a decreasing green health bar replaced with an increasing red health bar. Keep an eye out on your health bar when you fight near Teostra all the time or invest on the armor skill Recovery Speed!

By knocking down Teostra, you can remove any armor that is applied to its body. There is a higher chance to execute this by focusing on Teostra's head at all times.

Use Armor Pieces with Kushala Blessing

Kushala Blessing is a new armor skill obtained by equipping Kushala Armor from Kushala Daora that can increase the power of ice and water attacks as well as nullify heat damage. This is a very hard counter against Teostra so consider using this if you're having a hard time! 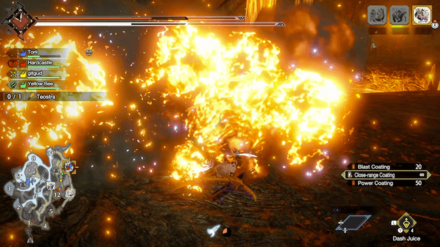 Teostra can deal fireblight so we recommend armors that has Fire Resistance or use Fire Res Jewels decorations. This helps in defending yourself from the pesky fireblight that Teostra gives all the time.

In addition to its attacks in High Rank quests, Teostra uses the following attacks in Master Rank.

Teostra executes flamethrower attacks that proc fireblight against hunters. It has three variations detailed below:

In order for us to make the best articles possible, share your corrections, opinions, and thoughts about 「Sunbreak Teostra: Weakness and Drops | Monster Hunter Rise」 with us!