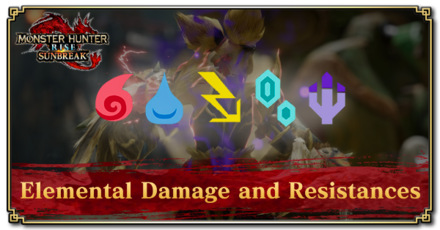 How to Deal Elemental Damage 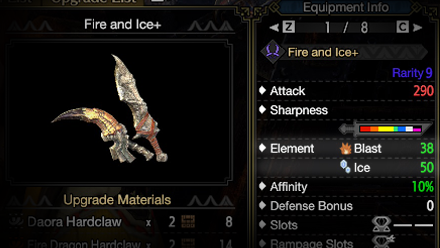 Elemental Damage comes from a weapon's Element stat. Weapons with an inherent element will apply both elemental damage and raw damage from the Attack stat.

The proper elemental weapon will make your hunts shorter by making monsters easier to defeat.

For example, Rathalos will take more damage from Ice and Thunder weapons. But you will not want to use Fire weapons as they will deal less elemental damage.

With the exception of Bowguns, boosting raw damage does not count towards boosting elemental damage.

Furthermore, elemental damage is unaffected by affinity unless the skill Critical Element is present.

Use Bowguns with Elemental Ammo 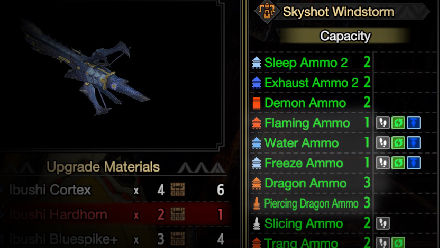 For Light Bowguns and Heavy Bowguns, they are exempt from the normal raw and element computation as the result of having no Element stat. In this case, elemental damage depends on a bowgun's raw damage.

Check a ranged weapon's capacity in Equipment Info for compatible elemental ammo that can maximize the bowgun's elemental damage! 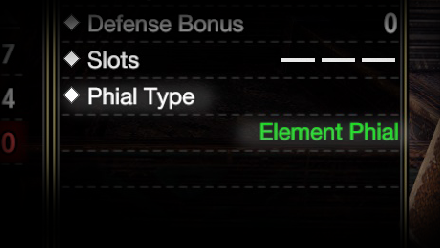 Elemental damage from Charge Blades and Switch Axes can be powered up through their weapon phial types, dealing even more damage. 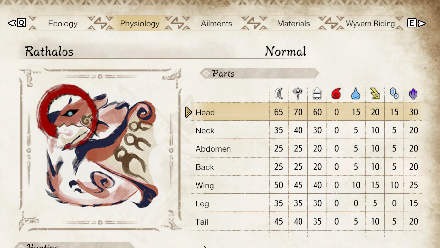 Every monster has a weakspot, and more damage to weakspots can be made through elemental damage.

Build your equipment around a monster's elemental resistances and weaknesses for optimal play.

You can find out a monster's elemental weakness by looking through the Physiology of Large Monsters inside the Hunter's Notes. 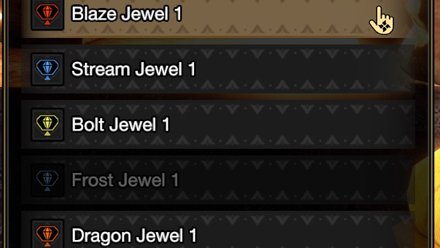 Elemental Attack skills only apply to weapons with an existing and matching Element.

For example, skills such as Fire Attack increase the elemental damage of a fire weapon. However, it does not give a fire element to a non-fire weapon.

Skills that Exploit Weakpoints and Affinity

There are more specialized elemental damage skills that benefit from specific conditions such as affinity. Unlike elemental Attack skills, these skills will apply to any elemental weapon.

Critical Element increase elemental damage on critical hits, which is best to use with high-affinity weapons.

Elemental damage boosting skills can also be obtained through Element Exploit Ramp Up Skill and the Elemental Boost Augment from Qurious Crafting. 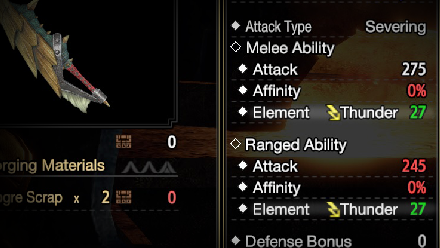 Palicoes and Palamutes can be equipped with elemental weapons to do elemental damage. They apply the same damage calculations as hunters.

How to Reduce Elemental Damage 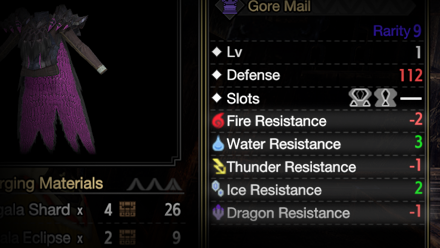 Just like monsters, armor pieces also have elemental resistances. Elemental Resistance denote how much more or less damage you will take from an elemental attack.

Positive elemental resistance numbers mean that a hunter will take less damage from a specific element.

Negative elemental resistance on the other hand will increase the damage a hunter takes from an element.

Elemental resistances can be boosted through resistance skills found in armor, talismans, and decorations.

By also having at least 3 or more pieces of the same armor, you gain bonus elemental resistance stats.

Look out for armor along the way with exclusive skills that modify or boost your resistance further, such as Dragonheart.

How Does Defense Work? 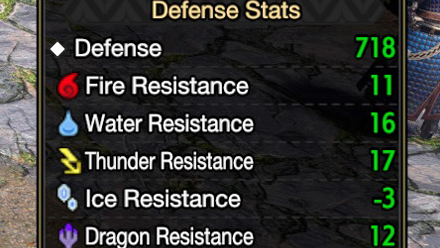 Your total elemental resistance can be viewed through the Status menu.

When fighting certain monsters that use elemental attacks (Rajang, for example), you will want to have armor pieces or skills that are resistant to Thunder.

The total resistance to different elemental damage types can be modified by mixing or matching different pieces of armor or resistance skills. Experiment which set brings the best results! 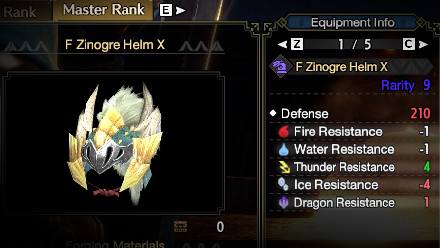 Palicoes and Palamutes also have elemental resistances just like a hunter's.

Explore different buddy armor pieces to see what works best against a monster and its elemental attacks.

Monsters can apply elemental damage to hunters through attacks telegraphing the use of an element (can be determined by their attack special effects and colors).

Make sure that you have the right armor pieces and resistance skills to take less damage. Better yet, use Wirebugs and the different Switch Skills to evade or counter these attacks!

How to Use and Cure Elemental Blights

Apply Blights to Monsters with Beetles and Wyvern Riding

Elemental Blights are status effects that confer negative effects on a monster, hunter, or buddy.

Getting hit by a monster's elemental attack is likely to give you an elemental blight unless you have the proper resistance skills. For example, catching Fireblight will deal damage to you over time.

Blights can be applied through Elemental Beetles and Wyvern Riding attacks. What blights are applied will depend on what type of beetle is used or what type of elemental attack a monster has.

Elemental and Abnormal Statuses are Different

Elemental Blight effects are not mitigated by elemental resistance but rather through the Blight Resistance skill.

Abnormal Status Blights effects such as Poison and Sleep require other specialized skills that mitigate their effects. 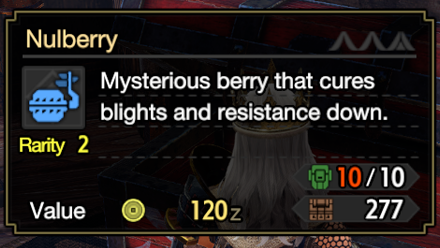 Blights can be cured naturally by waiting or following routines, such as dodge rolling for Fireblight, to wear them out. Make sure to study through the Hunter's Info for ways to treat a blight.

It's best to use items like the Nulberry to cure them quickly as most blights have devastating negative effects when left unchecked.

In order for us to make the best articles possible, share your corrections, opinions, and thoughts about 「Elemental Damage and Resistances Guide | Monster Hunter Rise: Sunbreak」 with us!