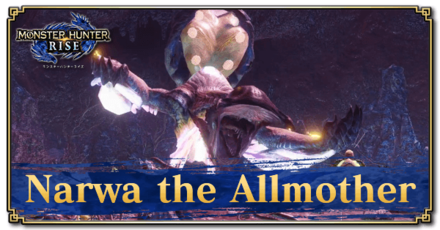 Narwa the Allmother was added to Monster Hunter Rise in Free Title Update Version 3.0. Check below for the Version 3.0 full patch notes. 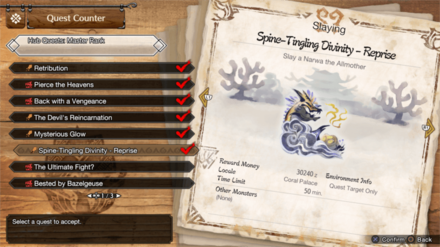 MR Narwa the Allmother is unlocked by defeating MR Wind Serpent Ibushi and reaching MR 30 in the Sunbreak expansion. Doing both of these unlocks the Urgent Quest Spine-Tingling Divinity, which allows you to fight it in the Coral Palace.

After completing its Urgent Quest, you can fight MR Narwa the Allmother in the regular quest Spine-Tingling Divinity - Reprise in the M★6 Quest Pool. 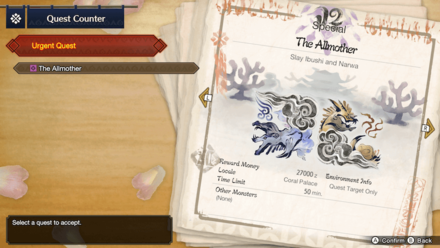 Narwa the Allmother is unlocked by reaching HR 50 in the Hub. When you reach HR 50, the Urgent Quest The Allmother will unlock giving you the ability to take on Narwa with Ibushi in the Coral Palace!

Narwa's ability to now command the wind like Ibushi as well as employ her usual attacks makes her twice as deadly. Keep your eye on her stance as she attacks so you aren't caught off guard. Attack the areas on her body that have accumulated energy to give yourself the edge over her.

Defeat Ibushi in Phase One 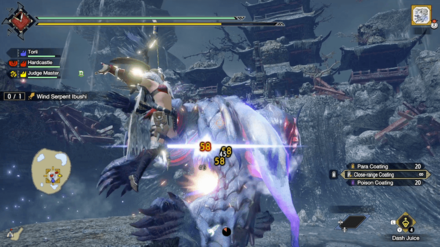 The battle against Narwa the Allmother will not start unless you defeat Ibushi in Phase One. You will meet him at the same Coral Palace arena where you fought Narwa in the quest Goddess Serpent of Thunder.

Thankfully, Ibushi is fairly easy to defeat. All of his moves are similar to the Ibushi fought during the Rampage so you may want to check out our guide below:

How to Beat Wind Serpent Ibushi

When Close to Dying, Ibushi Will Fall Underground

When close to dying, a cutscene will play where we see Ibushi falling underground to a cavern where Narwa is revealed to be resting. They will dance together and with his final breath, Ibushi gives his life energy to Narwa - effectively imbuing her with his wind power and transforming her into Narwa the Allmother!

Ignore Ibushi While They are Dancing!

When Ibushi and Narwa start their dance, man the ballista and focus on Narwa. Ibushi will die after Narwa takes all his life energy so it's pointless to focus on him at this point!

Gunners Are Not Recommended

Gunners are very powerful in Monster Hunter Rise (MH Rise), but they are not recommended for fighting Narwa the Allmother. The cavern is just too small that it's very hard to keep your distance from Narwa!

It is safer to use Blademaster weapons because you will be close to Narwa anyway but if you're confident enough, you are free to do so! 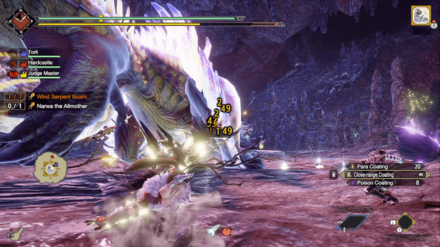 Like the past Narwa fights, the glowing parts are the ones that should be focused on. These are usually found on the head, arms, and the tail.

When you deal enough damage to these parts, Narwa will fall and open up its Thundersac for tons of damage! 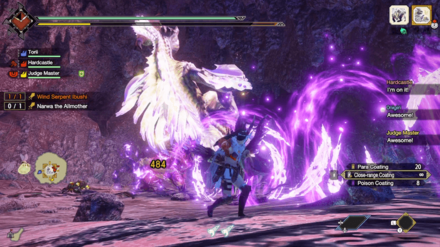 In the middle of the fight, monsters like Magnamalo, Kushala Daora, or Teostra will start intruding on your stand-off with Narwa. Narwa will then focus on the newly arrived monster, attacking it until it is Mountable. Keep an eye out and mount the intruding monster, build up their gauge for the Mounted Punisher then finally deal that extra damage!

Don't worry, the intruding monster will leave immediately after as they are only there to help the hunter!

Narwa the Allmother's attacks are mostly of Thunder element so we suggest gemming in Thunder Resistance into your armor if you're having a hard time with her Thunder attacks! Thankfully, Thunder Res Jewel 1 needs only Level 1 slots so it's very flexible to gem in!

Use Hunting Helpers Around the Arena 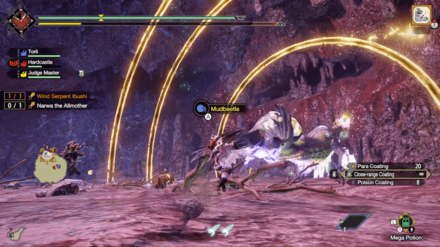 Hunting Helpers like Mudbeetles, Firebeetles, and Aurorturtles will be spawn randomly on the battlefield while fighting Narwa the Allmother. Pick these up and use them to your advantage!

In addition to its attacks in High Rank quests, Narwa the Allmother uses the following attacks in Master Rank.

Considered to be the Allmother's ultimate attack, Narwa will summon multiple dragonators then finishes with a star fall. There are two phases for this attack:

In order for us to make the best articles possible, share your corrections, opinions, and thoughts about 「Sunbreak Narwa the Allmother: Weakness and Drops | Monster Hunter Rise」 with us!