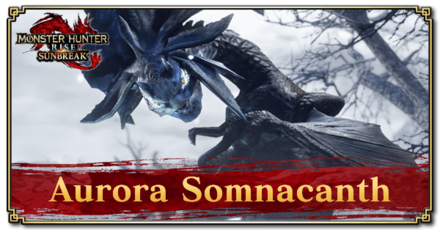 How to Unlock Aurora Somnacanth 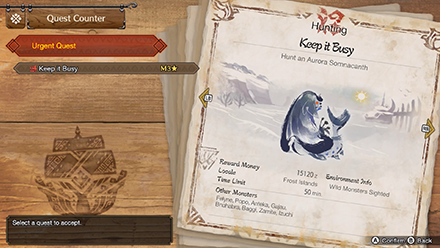 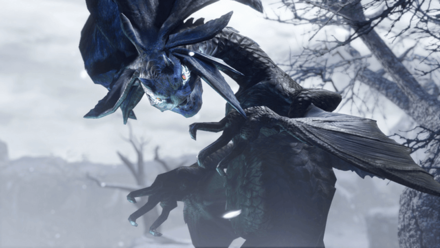 This subspecies slides and circles around more often than the normal Somnacanth. Keep focused on their position when they have all four legs on the ground. The ice breath is very powerful, causing near-fatal freezing. You can escape up in the air, but focus on circling behind and keeping your distance.

How to Beat Aurora Somnacanth

Most of Aurora Somancanth's attacks are straight and upfront, and they can be evaded simply by rolling sideways. Make this a habit during its fight and you'll be able to survive the majority of its attacks.

Use Flash Bombs to Cancel Its Ultimate

Aurora Somnacanth's ultimate move, we dubbed here as Icy Wasteland, is a wind-up move that causes icy explosions in a wide area.

This is usually signified by Aurora Somnacanth suddently circling the Hunter then finishing with a scream. Throw a Flash Bomb as it's screaming to cancel this move!

Iceblight is an annoying blight to have as it slows down Wirebug gauge regeneration, limiting your access to your precious Silkbind Attacks and Wirebug moves.

The easiest solution is to bring Nulberries and take one everytime you're blighted. Nulberries can be easily gathered in the map or traded in the Argosy.

In order for us to make the best articles possible, share your corrections, opinions, and thoughts about 「Sunbreak Aurora Somnacanth: Weakness and Drops | Monster Hunter Rise」 with us!