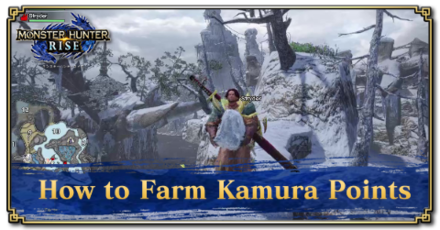 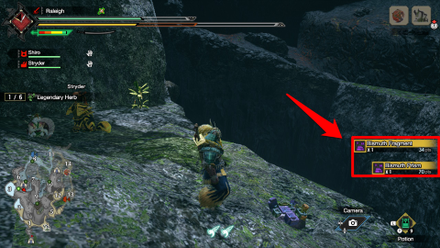 Account Items are items that are automatically used after a quest and are converted to money and Kamura points. Always pick up account items when you have the chance!

Side Quests are minor tasks that you can accept from any of the twin sisters. They reward small amounts of Kamura Points as well as some other things like Ores, Bones, and even Armor Spheres. Don't neglect taking Side Quests as they don't hinder your progress and can be completed just by playing the game normally!

We devised a route that you can use around the Frost Islands to effectively farm Kamura Points. This method will net you around 30,000pts to 40,000pts per run depending on how fast you move!

Check out the video here:

Make sure that you run this when there is a Upsurge of Local Items in the Frost Islands and you already have a Gathering Set with a Lv. 3 Geologist to maximize the account items harvested per node!

In addition to the Frost Islands route above, we devised a route that you can use around the Lava Caverns to effectively farm Kamura Points. This method will net you around 30,000pts to 40,000pts per run depending on how fast you move!

Check out the video here:

Make sure that you run this when there is a Upsurge of Local Items in the Lava Caverns and you already have a Gathering Set with a Lv. 3 Geologist to maximize the account items harvested per node!

Farm During Upsurge on Local Items 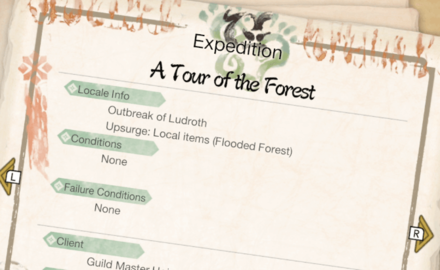 There will be upsurges on expeditions. An upsurge means that all items you obtain from that particular resource will be increased. If you wish to farm for Kamura Points, going to Expeditions with an Upsurge on Local Items is ideal as it greatly increases the number of Account Items you can get - up to three times the usual number!

Upsurges Last For Around 10 Minutes 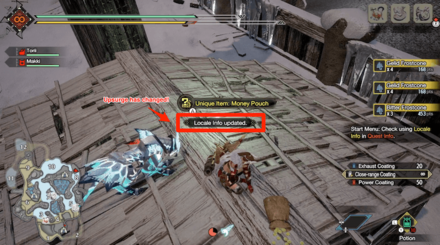 Upsurges usually last for around 10 minutes from quest start. You know an upsurge has ended when you see a ''Locale Info updated.'' message on your screen!

We suggest making this your stopping point whenever you are farming Local Items in a locale. Anything gathered afterwards is just too little, it's not worth it anymore. 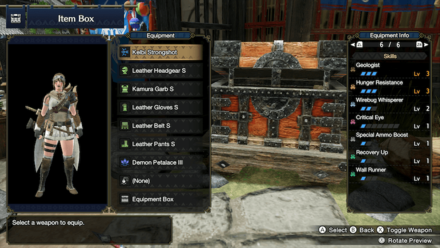 Creating an armor set that's focused on improving your harvest's yields is highly advised if you wish to farm up on Kamura points. Skills like the Geologist and Hunger Resistance are great skills to have when gathering and traversing the map, respectively.

After building the armor set, you can save it into one of your Loadouts and just equip it whenever you feel like farming for Kamura Points!

Eat Dangos at the Canteen 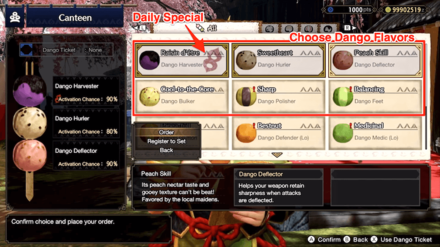 Similar to the Dango Money Maker that increases the amount of money you obtain from the end of the quest, we suggest eating dangos that will increase your efficiency in farming Kamura Points. Both of these randomly appers in the Canteen menu as a Daily Special so always keep a lookout:

In addition, we suggest using Dango Tickets whenever you eat these dangos to make sure the effect activates! 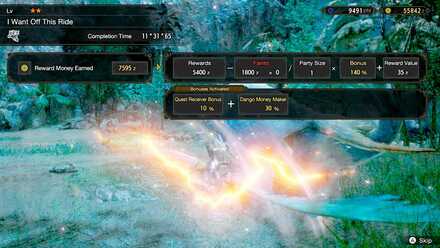 Similar to Kamura Points points obtained at the end of a quest are also divided by the number of players. Even if you have 4 people dedicated to delivering account items, 4 deliveries will still equal one delivery by a solo player. Avoid partying with other hunters if you wish to bulk up your Kamura points!

In order for us to make the best articles possible, share your corrections, opinions, and thoughts about 「Sunbreak Kamura Points Farming Guide | Monster Hunter Rise」 with us!