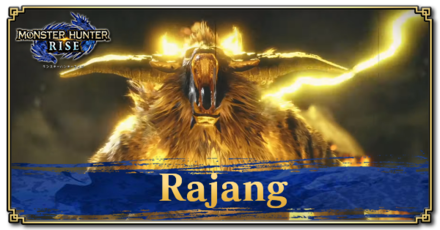 This is a hunting guide for Rajang, a Large Monster in Monster Hunter Rise (MH Rise) and the Sunbreak DLC. Read on to learn Rajang's weaknesses, forgeable weapons and armor, drops, and attack patterns for Master Rank!

How to Unlock Rajang 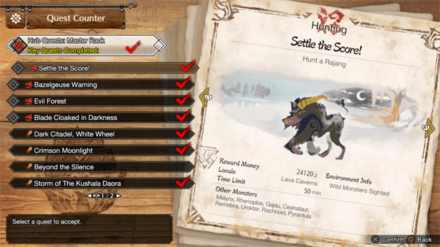 MR Rajang is unlocked by completing the Urgent Quest Witness by Moonlight and reaching M★5 in the Sunbreak expansion. 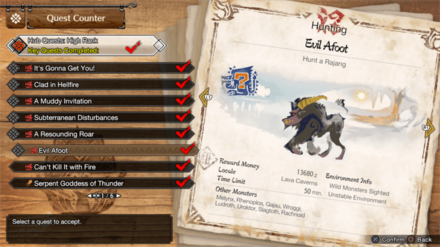 Rajang is unlocked by completing the Urgent Quest Can't Kill It with Fire and reaching HR 7. 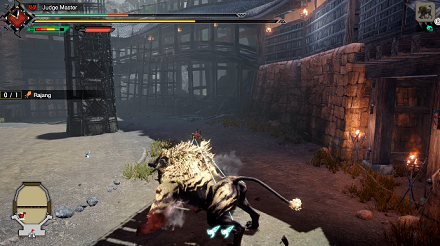 A Rajang is most dangerous when its arms are powered up, allowing it even to destroy Shock Traps. Attack its tail to remove this effect. In its regular state, it will also avoid Pitfall Traps. It will immediately attack anything that invades its territory, so watch your step.

How to Beat Rajang

Be Aware of Rajang's Enraged Mode

Rajang can enter Enraged Mode whenever its fur glows yellow. The transition to this state is telegraphed by a strong roar, shortly followed by its fists turning red.

Here are a couple of things to note whenever Rajang enter its Enraged Mode:

Attack the Tail During Enraged Mode 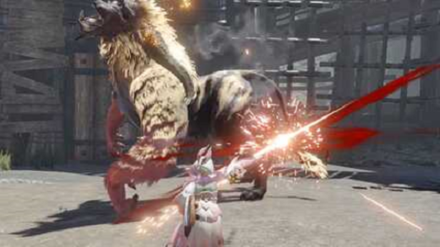 Rajang can be knocked out of its Enraged Mode by dealing enough damage to its tail. This will also knock down Rajang making it a perfect time to strike.

Even Rajang needs a breather after its flurry of attacks! Some attacks open Rajang up for counterattacks.

Timing your dodges just after it locks onto its target and positioning appropriately throughout the fight are the keys to efficiently hunting down this fiercesome monster!

Be Mindful with Traps

While it is possible to trap Rajang, It is important to remember that Rajang can break traps when in Enraged Mode. Make sure not to waste any traps by only using them in during its normal state!

Rajang's Lunging Grab is always followed-up with either a Lightning Beam, Fist Slam, or even a Jumping Slam (Only in Enraged Mode).

With this in mind, it is important to always have one wirebug with you at all times to wirefall away from the follow-up attack!

Rajang is a fast monster, and its Enraged State increases its speed and power even further. Hunters should prepare themselves to move or guard at all times as this monster's attacks are quick and wild.

In addition to its attacks in High Rank quests, Rajang uses the following attacks in Master Rank.

In order for us to make the best articles possible, share your corrections, opinions, and thoughts about 「Sunbreak Rajang: Weakness and Drops | Monster Hunter Rise」 with us!