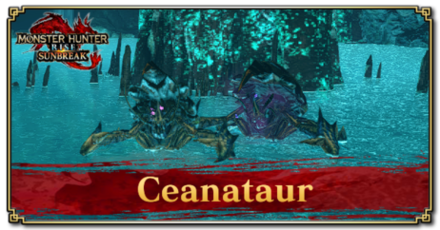 This page is about the Ceanataur, a small monster found in Monster Hunter Rise (MH Rise): Sunbreak. More information about Ceanataurs will be announced as soon as Sunbreak is released, so stay tuned to this page for more updates on Ceanataurs.

Farm Ceanataur at the Flooded Forest

Take note that Flooded Forest is accessible at Master Rank 3. Make sure to pick up some wirebugs along the way to travel faster! 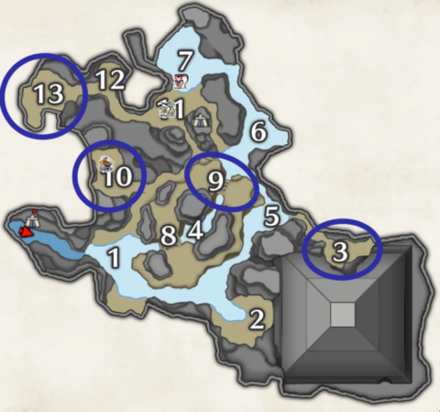 It is recommended to farm Ceanataur by doing the Pollution Problems quest since they spawn in more areas. Ceanataurs spawn at Upper Level Areas 9, 3, 10, 13.

Although they are also found in Lava Caverns (Lower Level: Area 8 and 14), it's not recommended to farm them there because they are sparse. 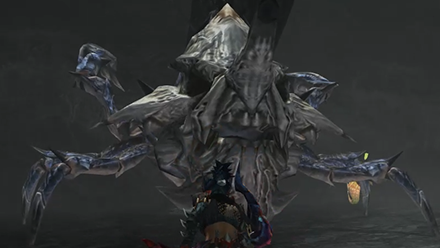 Ceanataurs are what Shogun Ceanataurs start out as, though they don't really fight with each other that much, unlike Izuchis and Great Izuchis.

Can Knock You Down During Fights

Ceanataur are aggressive, much like Bullfangos and Hermitaurs; they don't despawn even if you're fighting a large monster in the same area. Be mindful of them as they can knock you down during your fights, which can lead to you carting.

They can also inflict poison, which can mean life or death in the middle of fights! You might want to bring Antidote, or just evade since their poison attack has a huge windup.

Found at the Lava Caverns

In the demo, Ceanataur can be found at the Lava Caverns locale only, in the lower level (Area 8).

In order for us to make the best articles possible, share your corrections, opinions, and thoughts about 「Sunbreak Ceanataur: Drops and Basic Information | Monster Hunter Rise」 with us!