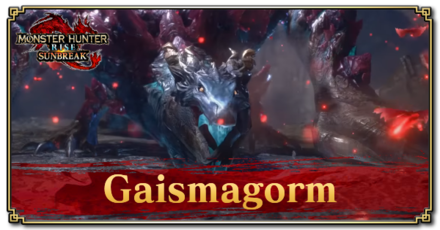 This is a hunting guide for Gaismagorm, the final boss of Monster Hunter Rise: Sunbreak. Read on to learn about Gaismagorm's weaknesses, forgeable weapons, forgeable armor, drops, and attack patterns for Master Rank!

Quest Unlocks After Gathering of the Qurio 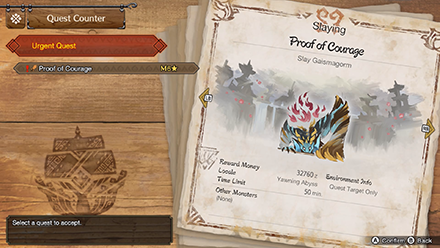 Gaismagorm is unlocked by completing the M★5 Urgent Quest Gathering of the Qurio. Doing this unlocks the Urgent Quest Proof of Courage, which allows you to fight Gaismagorm in the Yawning Abyss.

After completing this Urgent Quest, you can fight Gaismagorm in the regular quest The Devil's Reincarnation in the M★6 Quest Pool. 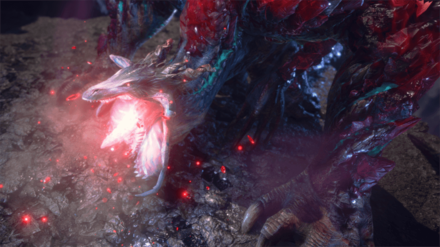 Gaismagorm attacks with the explosive, crystallized Qurio on its carapace. Break these crystals by attacking, but beware: Gaismagorm can consume the shards and use them to deliver even more explosive attacks. When Gaismagorm climbs the pit's wall, it's readying a strong attack. Use the ballistae provided to stop it. 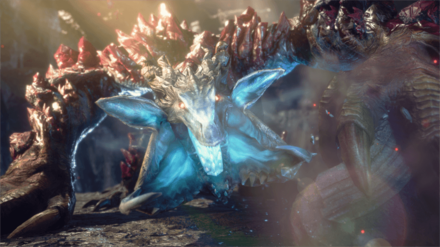 Gaismagorm is the final boss of Monster Hunter Rise: Sunbreak. Storywise, it is the final major monster that you will face in the expansion. However, there are many more monsters to look forward to in Sunbreak's endgame and title updates!

During the fight against Gaismagorm, Dame Fiorayne will notify you about certain mechanics becoming active or coming into play. Follow her advice and warnings to deal heavy damage towards Gaismagorm or avoid one of its devastating attacks.

Gaismagorm's head is its primary weak spot, so hunters should focus their attacks on this body part. There is usually enough time to perform a Switch Skill or a flurry of hits towards Gaismagorm's head between each of its attacks.

If dealing damage to its head is too risky, hunters should focus on its large wingarms instead. The wingarms are another major weak spot for Gaismagorm, so prioritize dealing damage on them over other body parts.

Staying behind or to the side of Gaismagorm's wingarms will keep you safe from most of its explosive blasts and slams. You will only need to move when it repositions or swings its body around, which deals significantly less damage than most of its other attacks.

Hide Behind the Rocks

When Gaismagorm performs its massive vacuum attack in the first phase, hide behind the rocks that protrude out of the ground to prevent yourself from being pulled into the Archdemon's maw.

Make Use of the Barrage Ballista

During Gaismagorm's second phase, Barrage Ballista emplacements will fall from the sky when it decides to go for one of its strongest moves. Use these emplacements to shoot down the Qurio on Gaismagorm's back and prevent it from performing its attack. 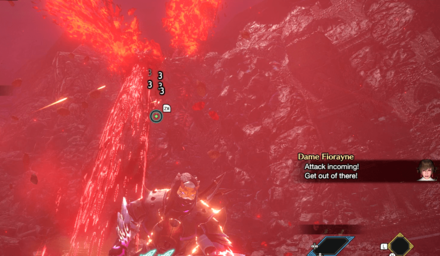 Gaismagorm has several hard-hitting attacks that can instantly knock out any unprepared hunter when the ground or sky turns red. In particular, stay alert during Gaismagorm's second phase when the Archdemon's attacks become empowered.

In order for us to make the best articles possible, share your corrections, opinions, and thoughts about 「Sunbreak Gaismagorm: Weakness and Drops (Final Boss) | Monster Hunter Rise」 with us!