This is a guide to the best general Weapons and Armor to use in High Rank for Monster Hunter Rise (MH Rise). These builds can be used with any Weapon Type, and have general application in High Rank. Learn what Equipment you should craft to succeed in High Rank.

It's ok to make builds for 4★ Armor Pieces

If the defense stat these armor provides isn't enough, you can upgrade them on the smithy using Armor Spheres. You can get armor spheres easily by doing sub-quests so don't hesitate to upgrade your armor!

A general raw build with high attack and some affinity stat. With this build, you get 40% affinity which is a decent amount during this rank. The build is further strengthened when equipped by weapon types with guard capabilities to trigger Offensive Guard which gives a flat 5% bonus attack and together with Attack Boost 6, you get a whopping 13% attack bonus. 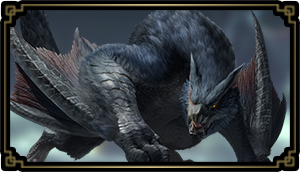 All the Nargacuga weapons have a decent amount of base damage and it also doesn't possess any element which makes it a good raw weapon. All Nargacuga weapons also have a high affinity stat hovering around 30% to 40% affinity.

With this build together with Nargacuga weapons, you can easily reach 80-90 affinity (90-100 if Latent Power procs) when hitting enemy weakspots. A standard 6 Star Hub build to get you to 7 stars and the game's post-game content.

Build According to your Weapon

7★ is the current end game of Monster Hunter Rise. At this stage of the game, you'll want to build specific builds for your character depending on your weapons. Refer to our best build pages for each weapon for reference on how to build your chosen main weapon!

Builds and Best Equipment for Each Weapon

In order for us to make the best articles possible, share your corrections, opinions, and thoughts about 「High Rank Builds and Best Armor | Monster Hunter Rise | MHR (MH Rise)」 with us!