Hunters, near and far! Hear our call!
Kindly answer a simple survey to help Game8 improve our MHRise Guides! Any and all feedback is welcome :)
☆ Game8 Monster Hunter Rise Questionnaire

Our top guides have been updated for 2.0!
★ Update 2.0 Guide and New Monsters
★ How to Raise Hunter Rank Fast
★ List of Awards and How to Unlock
★ Best Builds for Each Weapon

Share your awesome fashion hunter sets in our board and be featured in our Spotlight!
・Fashion Board: Best Outfits 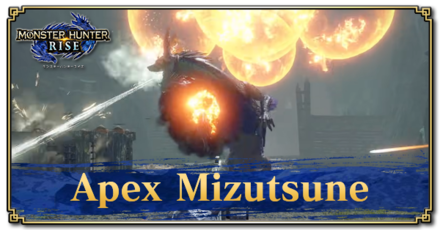 This is a hunt guide for Apex Mizutsune, an Apex monster appearing in its own quest, and Rampage Quests in Monster Hunter (MH Rise) for the Nintendo Switch. Read on to learn how to beat Apex Mizutsune, How to Unlock Apex Mizutsune Solo Quest, its attack patterns, and general rampage tips! 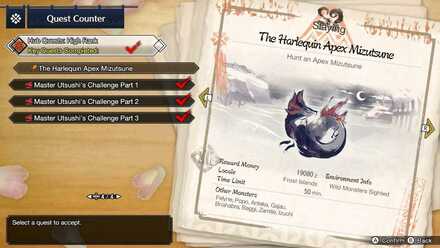 Aside from using the entire attack set of a regular Mizutsune, Apex Mizutsune brings new and deadly moves into the fight! Read more about them below:

Aside from regular bubbles, Apex Mizutsune can produce a special kind of bubble that explodes on contact and inflicts Hellfireblight. These particular bubbles deal high damage and can easily knock you out so always be mindful of their trajectory to effectively dodge or block them!

Apex Mizutsune's Water Jet Cutter deals more damage than its regular version at the cost of its ability to move while shooting it. The straight pattern, in particular, is relatively easy to dodge and opens Mizutsune up for heavy attacks and combos. 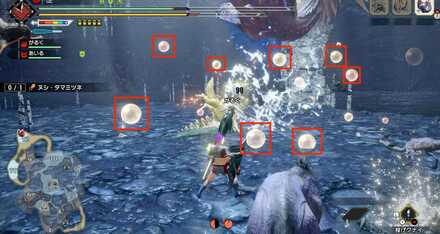 This is a very quick and dangerous attack that can catch any hunter off-guard. Bubble Body Slam is one of two moves telegraphed whenever Apex Mizutsune produces small regular bubbles around itself. Evade to the side when you see the bubbles.

Apex Mizutsune tends to use this move whenever it rotates towards a hunter positioned behind it so try not to overcommit whenever you attack Apex Mizutsune from the flank or rear.

A very quick dash attack that can catch any hunter off-guard. Bubble Rush is one of two moves telegraphed whenever Apex Mizutsune produces small regular bubbles around itself. Evade to the side when you see the bubbles.

A two-move attack where Apex Mizutsune first throws you upward then follows up with a Rush attack. When you find yourself flying because of this move, perform a Wirefall (zL + B) to regain your footing!

This attack can be telegraphed by the appearance of the blue Apex bubbles and you can evade this move by going straight under Apex Mizutsune. Take note, however, that when you approach Apex Mizutsune before it executes the Water Jet attack, you will get hit with the initial downward-pointing Water Jet starting attack.

How to Beat Apex Mizutsune

Aim for the Head for Takedowns 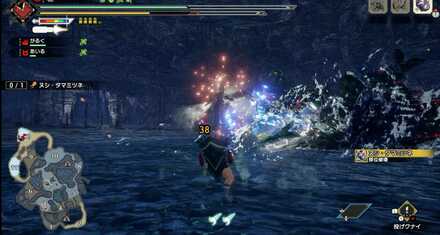 Apex Mizutsune has an extremely soft head so always try to aim for it. When enough damage is done, Apex Mizutsune can fall and give hunters huge openings.

The Head is the Weakness for Blademasters 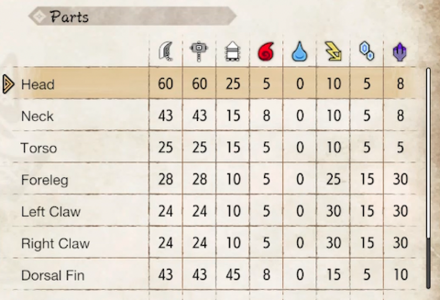 Blademaster weapons (All weapons except Bowguns and Bows) can deal massive damage on Apex Mizutsune's head. When you're using one of these weapons, aim for the head!

The Gunners can Aim for the Dorsal (Back) Fins

Gunners on the other hand should aim for the dorsal (back) fins. Though the damage is not as great as the blademasters', aiming for this part makes sure that you are dealing decent damage. 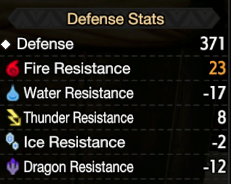 When hit with Mizutsune's water jet attacks, your hunter can be inflicted with the Waterblight. We suggest using Armors with high Water Resistance like the Kaiser armor set or use Armors that has the Water Resistance Skill.

Also, you may choose to eat dangos with Water Res (Hi). The general rule is that when you reach Water defense +20, waterblights are nullified.

If you don't want to invest in Water Resistance, you can bring Nulberries to mitigate the effects of Waterblight. Just make sure to bring enough or go back to camp to get more! 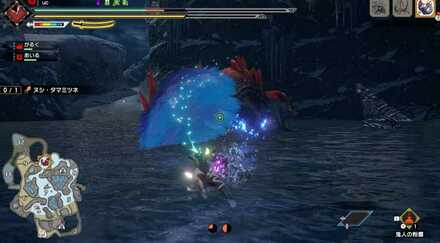 Cannot Be Mounted and Trapped 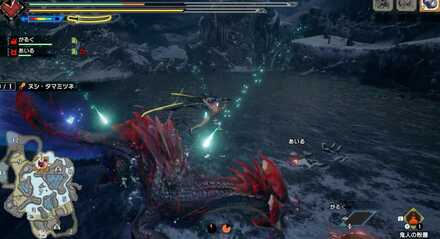 Like all Apex Monsters, Apex Miztusune can't be mounted and trapped so do not aim to do so during the hunt. It can be affected by Flash Bombs though, so bring plenty of those if you need crowd control.

Ever found yourself in a situation in which three Anjanaths are about to knock at your gate? Consider using the Dragonator or Splitting Wyvernshot whenever you're caught in a very tough scenario!

Aside from getting eliminated, bombarding monsters with manned installations can make them vulnerable to Wyvern Riding. This lets you eliminate multiple monsters with relative ease so always keep an eye out for the opportunity! 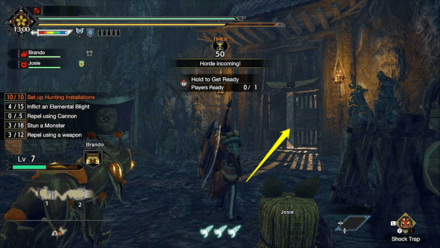 How to Beat Apex Mizutsune in Rampages

As with all Apex Monsters, Apex Mizutsune rushes to the final area as soon as it arrives. Use a Farcaster to quickly return to the campsite and use the shortcut to the final area. Once there, quickly set up all of your installations. This gives you a solid start leading into the actual fight.

In multiplayer, consider having at least two people positioned by the Dragonators or Splitting Wyvernshot of the first area to significantly damage Apex Mizutsune as it breaks the first gate.

As previously stated, Apex Mizutsune inflicts Hellfireblight with its Apex Bubbles. You can use this particular blight to your advantage by baiting Apex Mizutsune into attacking it while nearby. This results in a quick knockout that allows you to deal heavy attacks and combos for free.

Machine Cannons are amazing against Apex Mizutsune because not only are they effective in mitigating Bubbly Finale, but they also shred Apex Mizutsune's surprisingly soft body parts.

Use these particular installments to easily break parts that are hard to reach like the back.

Take Note of the Bubbly Finale

Take note of Bubbly Finale, Apex Mizutsune's charged attack exclusive to the Rampage and is used to destroy the Final Gate. Once fully charged, Apex Mizutsune summons massive golden bubbles that deal incredibly high damage to hunters or the gate itself. Apex Mizutsune also sprays its Water Jet Cutter in an outgoing spiral pattern around it.

This is a devastating attack that can easily destroy your gate if left unchecked. Here are some ways you can mitigate or even prevent its damage entirely:

The actual fight against Apex Mizutsune is the perfect time to use specific Warriors of Kamura in your arsenal. It is important to note that this does not mean that you should use all of them at once though!

Apex Mizutsune can inflict three types of blights and status effects throughout the fight:

These deadly blights can be easily negated via Cleanser, Nulberries, and Deodorant respectively so always make sure you bring a full stack of each before you fight this Apex Monster!

Register as a member and get all the information you want. (It's free!)
Login
Opinions about an article or post go here.
Opinions about an article or post
We at Game8 thank you for your support.
In order for us to make the best articles possible, share your corrections, opinions, and thoughts about "How to Beat Apex Mizutsune: Weakness and Material Drops (Hub Quest & Rampage) | Monster Hunter Rise" with us!
When reporting a problem, please be as specific as possible in providing details such as what conditions the problem occurred under and what kind of effects it had.