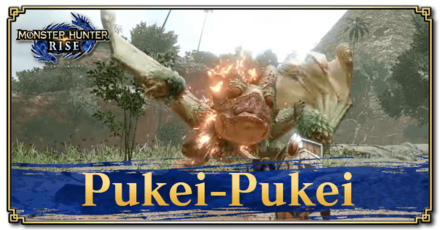 This is a hunting guide for Pukei-Pukei, a Large Monster in Monster Hunter Rise (MH Rise) and the Sunbreak DLC. Read on to learn Pukei-Pukei's weaknesses, forgeable weapons and armor, drops, and attack patterns for Master Rank! 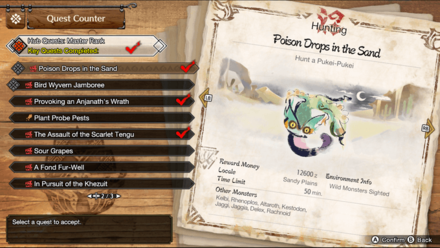 Master Rank Pukei-Pukei is unlocked after completing the M★2 Urgent Quest Scarlet Tengu in the Shrine Ruins and reaching MR 2 in the Sunbreak expansion. 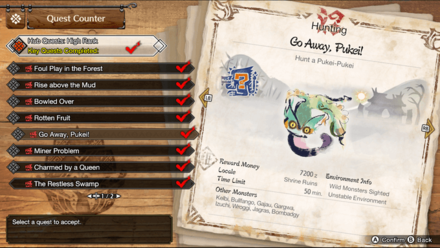 High Rank Pukei-Pukei is unlocked after finishing the Urgent Quest The Restless Swamp and reaching HR 5. 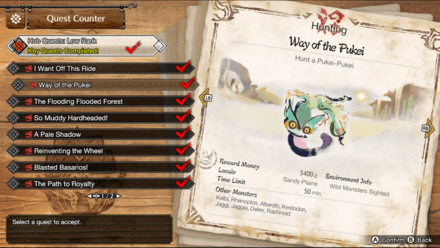 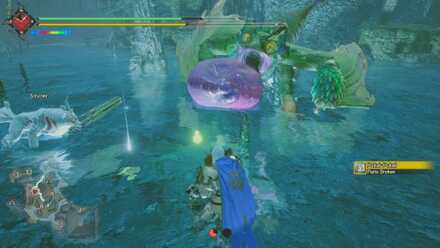 The regurgitation of a Pukei-Pukei varies depending on what it has eaten; it may spread wider, linger on the ground, or even stun prey more easily. Check, therefore, that the monster's mouth and tail aren't swollen prior to engaging.

Approach from the Sides

With its head and tail being the main sources of poison, approaching Pukei-Pukei from the sides is the safest way to close in. Add to this, most of Pukei-Pukei's attacks go in one direction and its moves are mainly predictable.

A majority of the Pukei-Pukei's attacks have the poison element, which is why packing Antidotes or Herbal Medicine is crucial when battling the Pukei-Pukei. Wearing equipment with Poison Resistance can also help.

In addition to its attacks in Low and High Rank quests, Pukei-Pukei uses the following attacks in Master Rank.

Pukei-Pukei can use ranged poison spit attacks, and has several variations of this move.

Pukei-Pukei's signature attack. Once its tail is inflated it will spray a thick cloud of poison gas in an arc behind it. This can be easily dodged by hunters standing just under it near its feet. This is also a window for head strikes for any hunters in front of Pukei-Pukei.

In order for us to make the best articles possible, share your corrections, opinions, and thoughts about 「Sunbreak Pukei-Pukei: Weakness and Drops | Monster Hunter Rise」 with us!