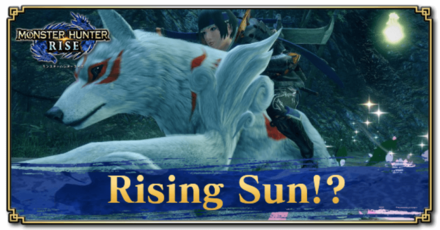 This is a guide for Rising Sun!?, a Quest appearing in Monster Hunter Rise (MH Rise). Learn about Rising Sun!?'s availability, unlock conditions, target Monsters, and rewards for completing the Quest here. This Quest is a collaboration between MH Rise and Okami. Completing this Quest will make your Palamute look like the Amaterasu from Okami. Finish this quest to unlock ability to forge the special Ammy Costume at the Buddy Smithy!

Above is the map of all the twenty-one (21) Small Packages. Each contains a Sun Goddess Picture, and can only be found in the Shrine Ruins.

They are not that hard to find but you will have to collect them in under 20 minutes to complete the quest.

After collecting all twenty-one (21) Sun Goddess Pictures you will be rewarded with a number of Celestial Scrolls.

Depending on your RNG you might need to do the quest twice or more to obtain four Celestial Scrolls. 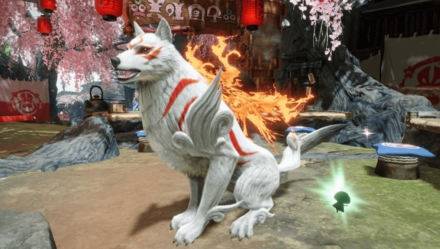 This is part of Capcom's Collab event with Okami, a beloved game also from CAPCOM. This collab changes your Palamute's look, bark, and running effects to mimic that of Okami Amaterasu!

Post (0 Comments)
Opinions about an article or post go here.
Opinions about an article or post
We at Game8 thank you for your support.
In order for us to make the best articles possible, share your corrections, opinions, and thoughts about "Rising Sun!? Quest and Rewards | Okami Collab Quest | Monster Hunter Rise" with us!
When reporting a problem, please be as specific as possible in providing details such as what conditions the problem occurred under and what kind of effects it had.