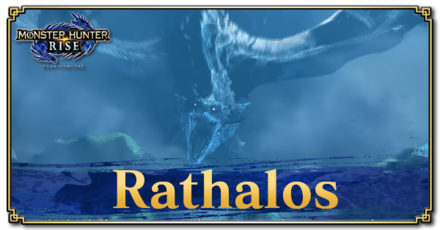 This is a hunting guide for Rathalos, a Large Monster in Monster Hunter Rise (MH Rise) and the Sunbreak DLC. Read on to learn Rathalos's weaknesses, forgeable weapons, forgeable armor, drops, and attack patterns for Master Rank!

How to Unlock Rathalos 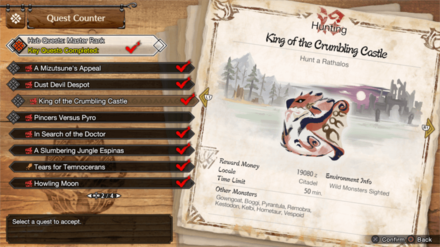 MR Rathalos is unlocked by completing the Urgent Quest Ice Wolf, Red Moon and reaching M★4 in the Sunbreak expansion. 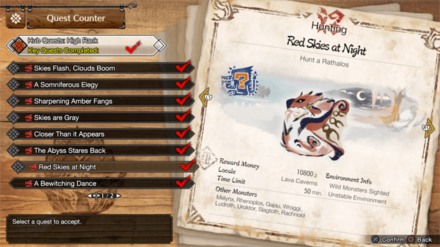 High Rank Rathalos is unlocked by completing the Urgent Quest A Bewitching Dance and reaching HR 6. 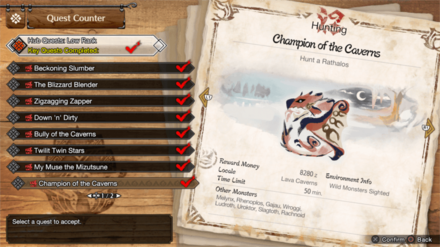 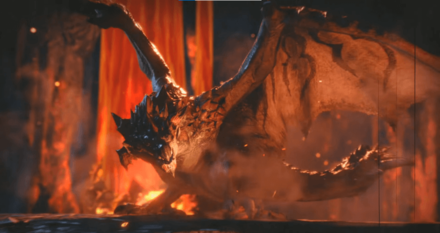 The King of the Skies lives up to its by staying airborne for most of its attacks. A well-aimed Flash Bomb can help to bring a Rathalos down to earth, however.

How to Beat Rathalos

There's no better way to bring down the King of the Skies than with a Flash Bomb. Like Rathian, Rathalos' aerial attacks can prolong the hunt when left unchecked. While the downed state doesn't last very long, it will provide an opportunity to strike and keep the monster grounded.

Breaking Rathalos' wings is one of the best ways to keep the monster grounded! Broken wings can drastically reduce Rathalos' ability to maintain flight, making the fight a lot easier.

Attack Its Legs to Knock It Down

Aside from applying KO damage to the head, sustained attacks on Rathalos' legs can result in a knock down as well. Keep this in mind to open much-needed windows of opportunity to dish out your heaviest attacks and combos!

Bring armor with high Fire Resistance to avoid taking massive damage from Rathalos' Flame Streak and other fire attacks. Additionally, you can use up to three Fire Res Jewel 1 and eat Lava-hot Egg Dango to enhance your Fire Resistance even further if necessary.

Challenge the Sky King with a Glaive

Insect Glaive users can easily maintain the offensive against Rathalos with their high jumps and aerial combos, effectively challenging Rathalos both in the air or on the ground.

It is also important to note that due to the Kinsect's Triple Up buff (all three buff colors activated), hunters are immune to Rathalos' roars both on the ground and in the air.

Lastly, consider using the Jump Master skill with the Insect Glaive. This particular skill comes in handy against Rathalos because it can prevent you from getting knocked out of the air from certain attacks.

In contrast to its Low and High Rank variants, Master Rank Rathalos has improved tracking and tends to use aerial attacks more often.

Additionally, Rathalos uses the following attacks in Master Rank on top of its moves from Low and High Rank quests.

Rathalos can use its maw to attack unsuspecting hunters who position directly in front of it for too long. Be mindful of your positioning as these attacks can inflict Fireblight as well whenever Rathalos is enraged.

Rathalos lives up to its title as King of the Skies as it will constantly take flight and attack hunters with talons and flame. Hunters should beware of the aerial versions of Fire Breath, Triple Fire Breath, and Talon Spike.

Be especially mindful of Rathalos' roar, as this usually indicates that it is about to take flight. Another thing to note is that the roar is usually followed-up by a Transitional Fire Breath immediately after, so spam that dodge button if you get caught within the roar's radius!

Rathalos also has access to new moves once it is up in the air:

In order for us to make the best articles possible, share your corrections, opinions, and thoughts about 「Sunbreak Rathalos: Weakness and Drops | Monster Hunter Rise」 with us!