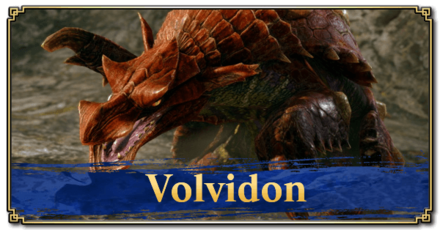 This is a hunting guide for Volvidon, a Large Monster in Monster Hunter Rise (MH Rise) and the Sunbreak DLC. Read on to learn Volvidon's weaknesses, forgeable weapons and armor, drops, and attack patterns for Master Rank! 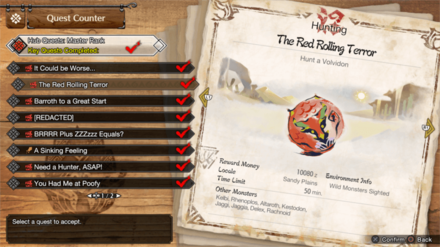 MR Volvidon is unlocked by reaching MR 1 and completing the Urgent Quest Tetranadon Blockade in the Sunbreak expansion. 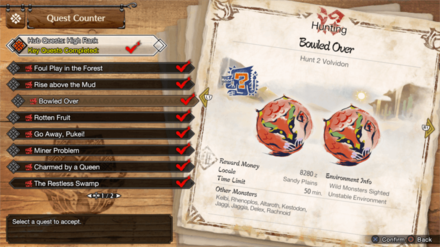 High Rank Volvidon is unlocked by completing the Urgent Quest The Restless Swamp and reaching HR 5. 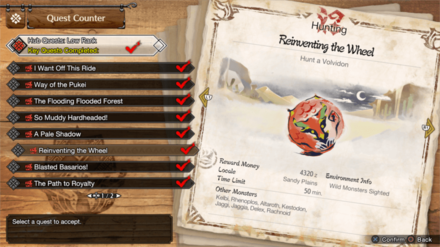 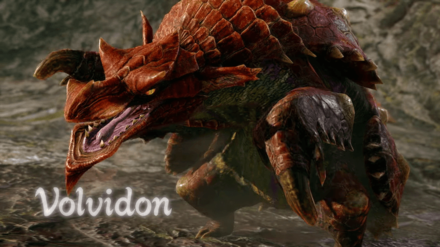 The toxin that Volvidon spit out can paralyze on contact. You'll also want to carry some Deodorant, as the gas they emit can cover you in a stench so powerful that it makes it impossible to stomach anything.

Volvidon's armored shell is incredibly thick and can easily repel attacks from weapons with yellow sharpness. We recommend bringing a weapon with at least green sharpness to prevent attacks from bouncing off Volvidon's shell. Learn more about sharpness by clicking on our guide below!

Sharpness Guide: How Does Sharpness Work?

Volvidon can inflict Stench with its Stink Cloud, which prevents you from using health and stamina recovery items until it wears off. Negate this potentially deadly status effect by stocking up on Deodorant during hunts.

You can also check your base camp's Supply Box at the start of the hunt for any free Deodorant.

Prioritize Attacking Its Head and Abdomen

Volvidon's head and abdomen are softer and easier to hit compared to its legs and back. Focus your attacks on these particular body parts to deal as much damage as possible!

Volvidon has several attacks that can punish careless hunters that overcommit and end up out of position, such as its Swiping Attacks, Paralyzing Spit, and Stink Cloud. We recommend staying mobile and not lingering for too long near its front and rear to avoid getting hit by Volvidon.

When dealing with Volvidon's Armored Shell Attacks, take a step back to recognize the path of each attack and position yourself where it stops. Volvidon is often vulnerable after performing these attacks, so doing this gives you plenty of time to deal damage to the monster.

In addition to its attacks in Low and High Rank quests, Volvidon uses the following new attack in Master Rank.

Volvidon's signature set of moves is its Armored Shell Attacks. It balls up in its tough carapace to move around at high speeds, knocking away anything in its path. This attack has multiple variations.

Volvidon uses its clawed forelegs to swipe at hunters that stay too close. This attack has multiple variations.

In order for us to make the best articles possible, share your corrections, opinions, and thoughts about 「Sunbreak Volvidon: Weakness and Drops | Monster Hunter Rise」 with us!