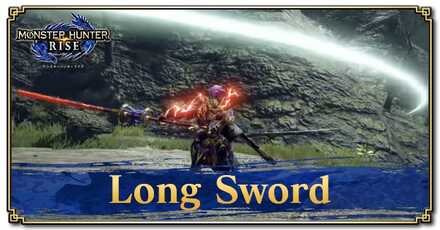 This is a guide to the Long Sword, a weapon in Monster Hunter Rise (MH Rise). Read on to learn about new Long Sword controls and combos, how to use Long Sword counters, the Spirit Helm Breaker as well as details on Long Sword Switch Skills. 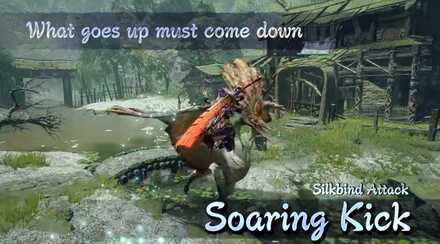 The Soaring Kick is a silkbind attack that lets you jump off a monster upward. By default, your hunter will execute a Plunging Thrust that turns your Spirit Gauge meter blue and gradualy fills it.

While airborne, you may also press zR to execute the Spirit Helm Breaker! This move deals massive damage but decreases your Long Sword Spirit Level by one. To maximize the damage, do this while in red spirit gauge. 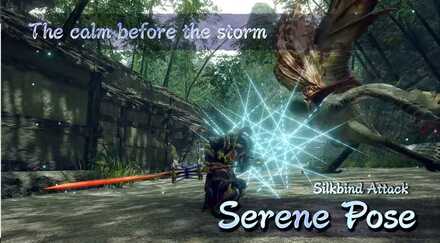 Serene Pose is a silkbind attack that scatters wirebugs in front of the hunter and puts them in a counter stance. Any attack recived during the counter stance duration will be negated and countered.

You can use this on anything that can damage the hunters, including barrel bombs. It can even be used as a wake-up move against monsters by utilizing barrel bomb explosions.

Silkbind Sakura Slash can be switched out with Soaring Kick and allows the hunter to spin around to dash and slice the foe.

Not only does the attack inflict multiple hits over time, causing additional damage, but it also grants 1 free Spirit Gauge on landing.

This skill is great for elemental damage builds due to its multiple hits.

Switch Skills Guide: How to Use and Unlock

This replaces the draw attack of the Long Sword into a double slash attack. This deals damage twice as well as negates an attack at the start of the draw.

This can also be comboed into a Spirit Slash II but not a Fade Slash.

Replaces the Spirit Roundslash ending of your Spirit combo. This also has a move that allows you to input a direction and rush towards that direction before executing the Reckoning combo. This increases your Spirit Gauge by one, like the Roundslash.

Dashes forward while swinging your sword twice in a circle. This silkbind attack Switch Skill instantly increases your Spirit Gauge level by 1.

The point where the blades hit will receive lingering damage. This is great for status and elemental builds!

Though this Switch Skill is viable for some, we don't recommend switching it out for Soaring Kick. Soaring Kick is the only way to execute the Spirit Helmbreaker which is too strong to pass on. 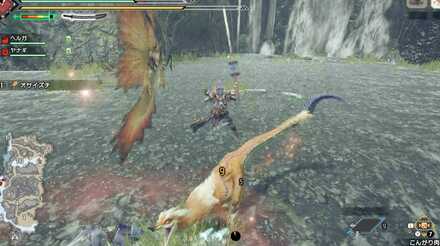 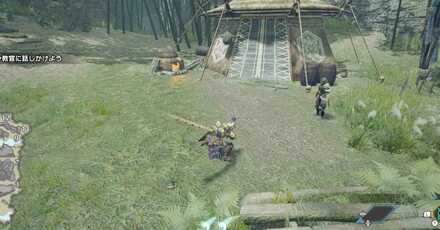 The Foresight Slash is also making a return in Monster Hunter Rise! It's an evasive maneuver that can increase your current Spirit Level by 1 when you successfully hit the final Spirit Roundlash.

Remember, this move is executed in-between combos and the counter-slash must hit the monster to execute the final Spirit Roundslash. 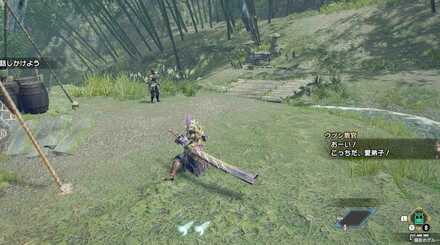 Special Sheathe is a move that, as the name suggests, sheathes your weapon. 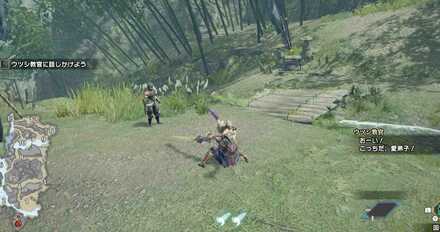 Iai Slash is one of the two possible moves you can perform while using Special Sheathe. It's a quick two-hit combo that can be used to chain your combos and set your Spirit Gauge meter to blue (Spirit Gauge will charge bit-by-bit automatically).

It also doesn't cost any resources to use so it's going to be your default move to use if Iai Spirit Slash can't be used. 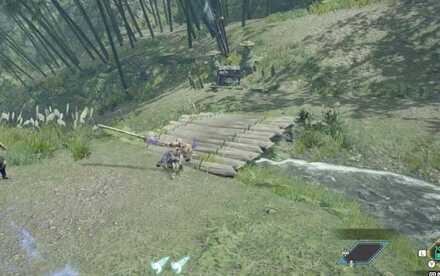 A strong evasive countermove that also levels your spirit level by 1 when hit successfully. It also has huge invulnerability frames (iFrames) so it can be used to dodge and counter monster attacks with perfect timing.

Recommended Combos For the Long Sword

This combo is used to maximize the damage output whenever there is an opening like when the monster is down or when it is trapped. The combo utilizes the Helmbreaker, Special Sheathe, and the Spirit Roundslash for maximum damage!

This combo utilizes the seamless transition between Iai Spirit Slash and the Switch Skill Silkbind Sakura Slash. This is a great way of increasing your gauge level because successfully executing both the Iai Spirit Slash and the Silkbind Sakura Slash increases your Spirit Gauge level by one (1) each or a total of two (2)! This combo also have high DPS and can be executed as long as you have Wirebugs!

This combo is useful when your spirit gauge is empty and you want to increase it by one level. The first three inputs give you enough energy for the Spirit Slash Combo in the second half. Use this when you have big openings!

This combo utilizes the Foresight Slash and its ability to finish with a Spirit Roundslash when counterattacking. This is the fastest way to increase your gauge from blank to red but it requires precise counterattacking skills for two consecutive times!

Tips on How to Use the Long Sword

Get a Quick Sheath Build

Quick Sheath works extremely well with the Special Sheath move of the Long Sword. An armor set with Quick Sheath Lv 3 almost doubles the animation speed of sheathing that it just becomes so fast, it can be spammed for gaining easy Spirit Gauge levels. 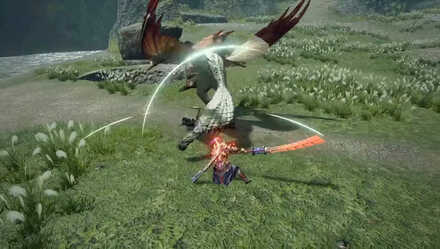 Increase Damage by Leveling Up the Spirit Gauge 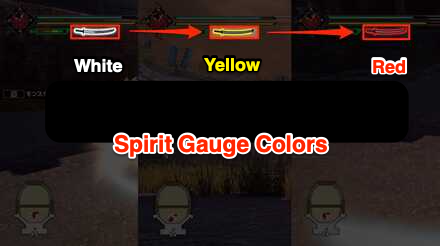 Long Sword's Spirit Gauge changes color from ''colorless → white → yellow → red'', increasing your attack damage per level. It is mandatory to keep this on red at all times.

You can increase your Spirit Gauge by one (1) level using the following moves:

Foresight Slash is Your Friend 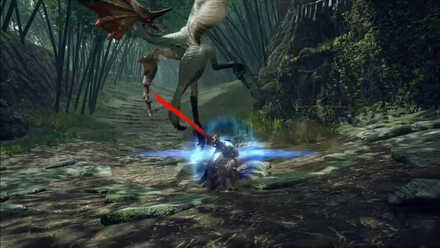 In addition to it being a Long Sword counterattack, Foresight Slash is also one of the fastest ways to gain Spirit Levels (together with Special Sheathe). It takes time to master this but once you do, you are unstoppable!

Aim for the Spirit Helmbreaker 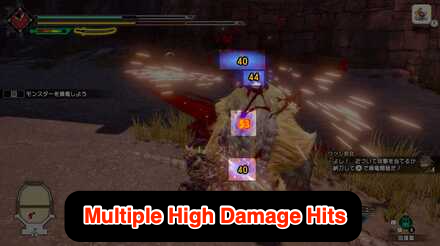 Considered the greatest damage-dealing move of the Long Sword, it would be a shame for you to not use this. This move is behind Soaring Kick and will deal tons of damage. Also, make sure to use this when you are in a Red Spirit Gauge Level to maximize the firepower. 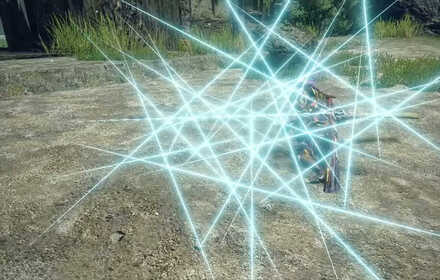 How Good is the Long Sword?

The most popular weapon in the game is back and it's even better than before! There are new counterattack opportunities added to the Long Sword in Monster Hunter Rise so super aggressive plays are still very much welcome. Sharpen those blades because Long Sword is still reigning supreme! 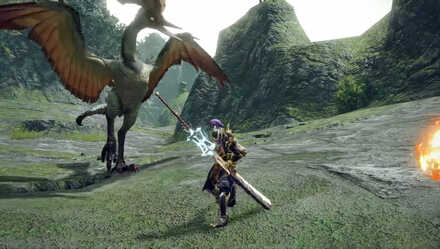 Use Spirit Gauge For a More Powerful Attack

The color of the spirit gauge can be changed from white → yellow → red with white having the least attack damage bonus and red providing the most. Generally, the rule of thumb is to keep it red. 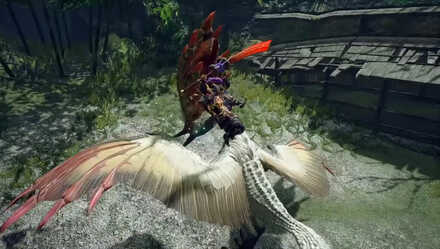 The Long Sword does not have any guarding capabilities. This is compensated however with the capability of counterattacking monsters by executing certain moves but this requires timing and precision.

Register as a member and get all the information you want. (It's free!)
Login
Opinions about an article or post go here.
Opinions about an article or post
We at Game8 thank you for your support.
In order for us to make the best articles possible, share your corrections, opinions, and thoughts about "Long Sword Guide: Combos, Controls and Moveset | Monster Hunter Rise" with us!
When reporting a problem, please be as specific as possible in providing details such as what conditions the problem occurred under and what kind of effects it had.