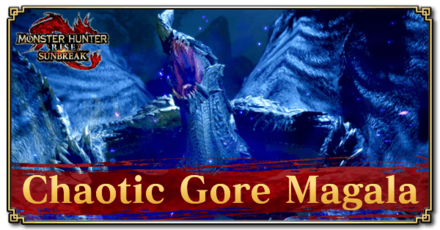 How to Unlock Chaotic Gore Magala 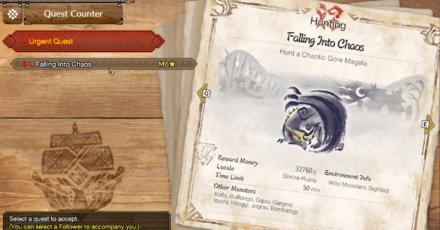 Chaotic Gore Magala can be hunted starting from MR 10 in Free Title Update 3. Speak with Paz the Chevalier, and she'll give Chichae the Falling Into Chaos Urgent Quest to hunt this variant. 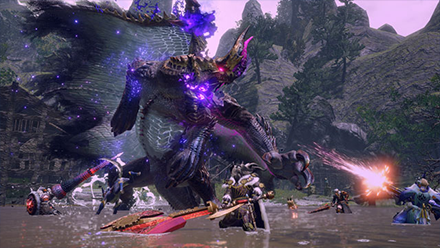 Containing the latent powers of Shagaru Magala, their attacks become especially fearsome when they let themselves go, causing explosions across a wide area with their breath attacks. Like regular Gore Magala, they can be knocked out of their enraged stat if you continually attack their head. 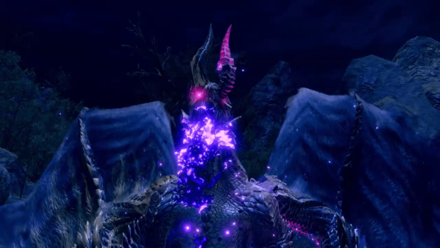 Gore Magala should naturally mature to become Shagaru Magala. However, this variant has somehow failed to completely transform, making it look like a mix of the two. Chaotic Gore has more in common with regular Gore Magala, but the variant also gains Shagaru Magala's power and rage.

How to Beat Chaotic Gore Magala

Similiar to its normal variant, most of Chaotic Gore Magala's attacks will leave dark-colored clouds that inflict Frenzy. While in this state, a new gauge will appear on the upper left side corner of the screen beside the Hunter's name.

Similiar to its normal variant, overcome the Frenzy caused by Chaotic Gore Magala by continously attacking before the gauge fills up. Overcoming the Frenzy gives the hunter a temporary affinity boost and immunity to being infected with the Frenzy for a short while.

When you think you can't overcome the Frenzy before the gauge fills up, you can use Nulberries to lessen the progress of the gauge. This is useful, considering that Chaotic Gore Magala is much more aggressive than its normal variant.

Be Careful When Chaotic Gore Magala is in Frenzied State

Target the Head When in Frenzied State

Targeting Chaotic Gore Magala's head while in the Frenzied State will cause it to topple down once enough damage is dealt. Use this opportunity to land extra hits! 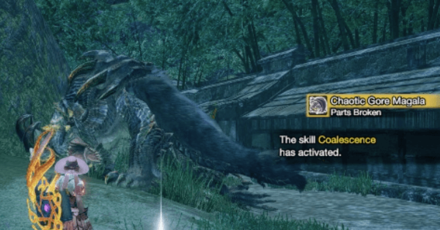 The horn on Chaotic Gore Magala's evolved side can be broken any time during the battle. The other horn in its normal side can only be broken during its Frenzied State.

Flash and Sonic Bombs will still not work against Chaotic Gore Magala. However, Traps will. Use it when it gets too 'chaotic' for you!

Use Traps To Focus on The Head 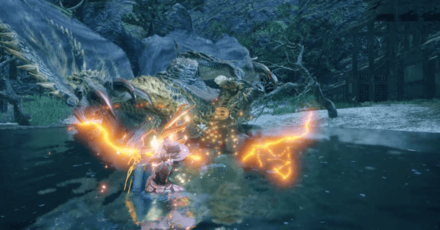 If you're having a hard time focusing on Chaotic Gore Magala's head, we suggest using Pitfall or Shock Traps to make it easier to target. Reminder, monsters build immunity to traps so only use them when you're primed to dish out huge amounts of damage. 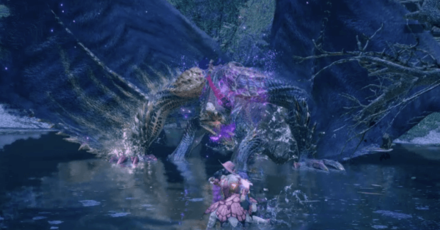 When its close to being slain, Chaotic Gore Magala will enter another enraged form where it becomes even more aggressive; during this, its attacks are close to its Shagaru Magala state rather than its Gore Magala state.

During This Form, Pitfall Traps Will Not Work

It should also be noted that during this enraged state, Pitfall Traps will not work. Be extra careful! 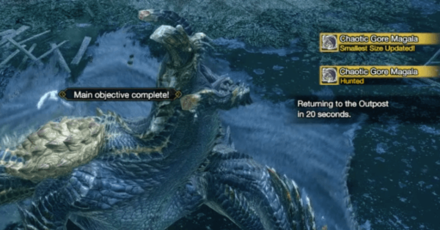 Even if it's halfway into evolving into its Elder Dragon state, Chaotic Gore Magala can still be captured. If it's in its secondary enraged form, only Shock Traps can be used to do it.

In order for us to make the best articles possible, share your corrections, opinions, and thoughts about 「Sunbreak Chaotic Gore Magala: Weakness and Drops | Monster Hunter Rise」 with us!