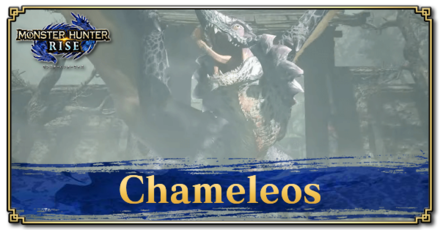 This is a hunting guide for Chameleos, a Large Monster in Monster Hunter Rise (MH Rise) and the Sunbreak DLC. Read on to learn Chameleos's weaknesses, forgeable weapons, forgeable armor, drops, and attack patterns for Master Rank!

How to Unlock Chameleos 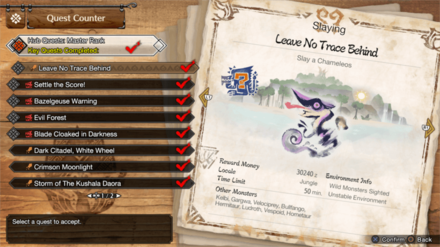 MR Chameleos is unlocked by reaching M★5 and completing the Quest Dark Citadel, White Wheel in the Sunbreak expansion. 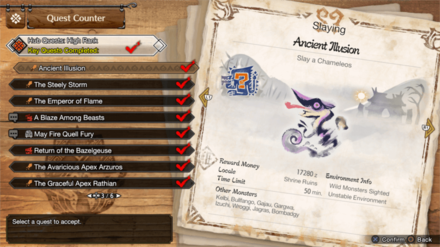 Chameleos is unlocked after reaching HR 20, where the Urgent Quest Ancient Illusion will appear. 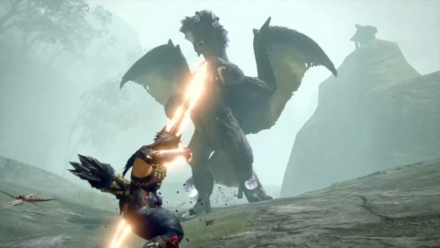 Chameleos have a meddlesome tendency to vanish suddenly, but by watching their attacks just before they do, you can somewhat predict where they'll reappear. Furthermore, there are eye-witness reports of a Chameleos not being able to vanish after its horn on the tip of its nose had been broken.

How to Beat Chameleos

Chameleos inflicts Venom, a more potent version of poison. This can quickly deplete your health so do not forget to bring poison healing items like Antidotes and Herbal Medicines. 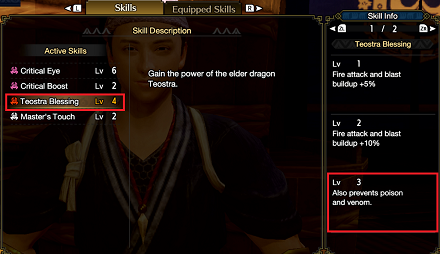 The Kaiser armor set from Teostra comes with the special skill Teostra Blessing which at level 3 prevents both Poison and Venom and at level 4 also negates theft.

▲ Chameleos is affected by Thunderblight so it glows while invisible.

Elemental Blights can now affect monsters and it is denoted by a faint glow around its body. Use this to your advantage as you can see Chameleos' silhouette better when affected by elemental blights!

Breaking Chameleos' horn deprives it of the ability to fully cloak itself. Focus on breaking this in the early stages of the hunt so you can fight Chameleos more efficiently.

Taking advantage of Chameleos' downed state after a body slam is a great way to sustain head damage.

Wiredash Upwards When Trapped Inside the Poison Ring

Whenever you see yourself inside Chameleos' Poison Ring, Wiredash upwards and avoid the ring! Learn more about the different Wirebug moves you can do by clicking our button linked below!

Target Camera Can Help With Its Invisibility

This gives you a split second to react against its incoming decloak attacks!

Target Lock: How To Use the Lock On Camera and Targeting Arrow

In addition to its attacks in High Rank quests, Chameleos uses the following attacks in Master Rank.

In order for us to make the best articles possible, share your corrections, opinions, and thoughts about 「Sunbreak Chameleos: Weakness and Drops | Monster Hunter Rise」 with us!